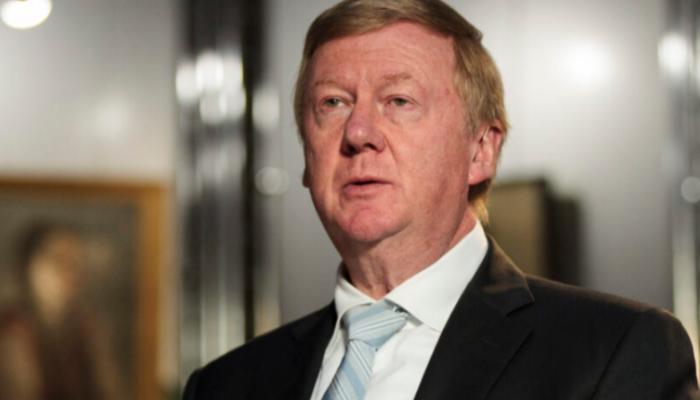 Two well-informed sources, whom he did not name, reported that Chubais, who previously served as former President Boris Yeltsin’s chief of staff, has stepped down as President Vladimir Putin’s special representative for relations with international organizations.

The two sources explained that their decision came in the context of their opposition to the Russian war against Ukraine.

According to Bloomberg, Chubais becomes the highest official to resign from his position due to the military operation.

He was appointed to the job that required work to “achieve strategic development goals” in 2020, days after he resigned as head of the state-owned technology company Rusnano, which he has headed since 2008.

Chubais, 66, is one of the few economists who worked in the 1990s and remained in the government of current President Vladimir Putin, while maintaining close ties with Western officials.

As of 1:30 GMT, Moscow did not comment on what Western reports said, while much information is difficult to verify, especially in light of the escalating media war between the two camps.

Who is Anatoly Chubais?

According to the “Russian Realist” agency, Anatoly Borisovich Chubais is a symbol, perhaps, the most striking symbol not only of the nineties, but of the entire post-Soviet period in Russian history.

In addition, the image of Chubais in Russian society is very similar to the famous monument to Nikita Khrushchev, made by an unknown person: it is black and it is white. More precisely, these are two different images that exist in different layers of society.

He explained that successful people, including businessmen and government officials, conveyed a “white image” of Chubais, a great economist, a privatization expert who took Russia from socialism yesterday to capitalism tomorrow, the best finance minister who saved Russia of inflation, a great manager. whose business efficiency is always close to 100%.

For ordinary citizens, Chubais is a destroyer, the father of privatization, who created a class of the country through a few rich and the remaining vast majority of the poor, a man who defends the interests of the rich at the expense of the poor.

He noted that each of these images is very bright and emotionally colorful. For some, Chubais is a genius and almost an angel, at least the knight of New Russia.

She continued: “To others, he is Satan, a figure from hell who does evil in the name of evil. It was not for nothing that the phrase ‘Chubais is responsible’ was left out of context and used frequently. From the point From From the majority point of view, the word order in this sentence should be different: ‘Chubais is responsible’ “He is responsible for everything”. This emotional coloring can only mean one thing: the image of Chubais, despite who has long left the stage, people still care about him emotionally. This is Chubais’s first riddle: “Why is this picture so important? For so many of us that people can process it emotionally.” But there is another: “If you take Chubais” in terms of black and white, it will turn out to be the same person: because the Great Destroyer became great because it effectively destroyed Russia and built another Russia.

“Ultimately, as in the case of Khrushchev, the two images of Chubais merge into one. But unlike Khrushchev, who is made up of ‘black and white pieces,’ Chubais is a completely solid person. He has always done the same task consistently. and effectively, transforming Russia according to the western model. The color gave this image an angle: for some it is an achievement, for others it is a crime. Chubais is a great symbol of division of Russia into winners and losers: those who won as a result of the transformations made by him, and those who paid for them. As the new Russia emerged as a result of a Chubais transformation, she is the main symbol of modern Russia. This can be the end, if not for one “but” – this is the longevity of Anatoly Borisovich. He left the theater, did not lose his influence, and still provokes an emotional reaction from society. It is impossible to fully understand the phenomenon Chub ais without understanding the reasons for his longevity. you can understand this only by answering three questions: What did Anatoly Chubais do? What is his role in the Russian elite? What is his attitude towards the global elite?

Anatoly Borisovich at least twice decided the fate of Russia and determined the course of the country at turning points in its history. The first such moment was the privatization of the first half of the 1990s. Small privatizations (shops and hairdressers) were made for money and allowed people who earned money from trade and other business operations to become small owners. The circle of these people was much narrower than the circle of the poor, but still very wide. The greatest privatization happened through the mechanism of privatization checks (vouchers), according to the same source.

All received a voucher and officially the same rights to state property. But a person who left the USSR simply could not use it effectively.

As a result, part of the coupons was bought cheaply (they were quickly replaced by cheaper rubles), and the other part was transferred to various investment funds, from which citizens received absolutely nothing.

In addition, the money for the purchase was taken from banks and their banks from corporate accounts. So the companies were bought with the money of the companies. But on the other hand, the people who concentrated the coupons in their hands legally became owners of large state properties. In addition, who, what property and at what price acquired it, was determined by the officials of the Real Estate Fund, headed by Chubais.

As a result, a very small class of large owners emerged, who were closely linked to the authorities, and privatization had economic, political and social consequences.

The economic consequences were, to put it mildly, ambiguous: the privatized economy did not die, but it clearly did not prosper. By the way, there is still no evidence that privatized companies operate more efficiently than state-owned ones. But the economic situation as a whole has clearly worsened. The political results of the government were positive.

The class of small proprietors was afraid of losing what little they had, and for this reason, in the fight against the return to the Soviet past, they turned out to be allies of the authorities.

But in all other respects, this class was dissatisfied with the authorities, since the merchants, among mass poverty and banditry, also suffered from a poor life. They then supported the Liberal Democratic Party and the Rodina Party. So the political gain was short term.

But the social consequences were fundamental. With the help of privatization, Chubais shaped the social infrastructure of post-Soviet Russia: a narrow circle of wealthy landowners closely intertwined with power, the state as periphery and instrument of the oligarchy (real middle class), scaled-down versions of this structure at the regional level, the periodic appearance and destruction of a mass of merchants are a large mass of poor people. This structure determines the politics and economy of Russia to date.

It was Chubais who created it. But he not only created modern Russia, he also managed to defend it in 1996, when the country had the only chance to change the vectors of development. It was energy, organizational flair, and diplomacy that enabled Chubais to rally the oligarchy around him, concentrate resources, and win elections.

After Yeltsin’s victory, the distribution of property was taken on a large scale and the social structure described above became unchallenged. In the first decade of the new millennium, the state regained its leading role, but this was only expressed in the fact that part of the oligarchy disappeared, was replaced by heads of state companies, and from 2000 to 2008 the poor became a little less poor and did not for a long time. The structure has not changed. So the social structure of modern Russia, and thus modern Russia itself, was created precisely by Chubais. This is the main result of his life.

The role of Chubais in the Russian elite.

Chubais’ mark on Russian history will be no less than that of Yeltsin and Putin. Therefore, it was Anatoly Chubais who had such an influence on the Russian elite, it was he who created it.

Of course, many people around him lost key positions. But firstly, there are still many who have retained their positions, and secondly, and this is the main thing, all the elites, regardless of whether they are close to Chubais or not, are within the framework of the structure given to them. assign. which means that they believe and act within the framework of the model determined by Him. This structure.

This is true not only for the politician, but doubly so for the business elite, regardless of who owns it. Of course, if Chubais invited the elite to any business, not everyone would follow him, although there would be many who would. He knows a lot about the strengths and weaknesses of the Russian elite.

The main thing is that Anatoly Borisovich will not have to contact anyone anywhere. The elite is already operating according to the algorithm that he established.

Finally, as the creator of the Russian elite, Chubais is its symbol. Even the coup against him is today considered a request for a change in the social structure. This, in turn, will be a blow to the elite and they will not tolerate it.

Chubais and the world elite

According to the agency, “many believe that Chubais’s longevity is due to the fact that the West supports him in Russia. He does not belong to Russia, so we cannot change him.”

He added: “This attitude seems naive to us. Yes, Chubais had great influence in Russia, as well as excellent relations in the West. In short, he is strong in his relations with the West, but very bright and evokes emotions (positive or negative) between all the citizens”.

For the West, Chubais has his own value and resources, so they interact with him there. Chubais to the West is not a servant, but an equal partner. This is due in part to the role he has played and continues to play in Russia. But this is only partially, according to the same source.

He continued: “This is, if you will, a resource base. The main thing is that, from a Western point of view, it has all the signs of an elitism. In the eyes of the West, it is not a Westerner.” (a Russian, who has embraced Western values), but is part of the West: a man who carries its values ​​and behaves appropriately Absolute in the way the Western elite should behave Not conditionally accepted in the global elite: he is an inseparable part of it and it is his own. The West will not necessarily protect him as an agent, but as its agent. For the West, Chubais is the same brand as the Russian elite. If he is struck, it means that a blow has been dealt to the western vector of Russia’s development. Furthermore, this is not about a temporary political union, but about the basic correspondence of the Russian social structure with the western idea of ​​the correct idea.

He noted that Anatoly Chubais is the father of modern Russia. He was not first in politics or economics, but he created the social and economic structure in which the first people in politics and economics operate.

As long as this structure exists, the role of Chubais in politics, economics, and most importantly in the elite, will continue to exist.

So as long as this skeleton exists, so will Chubais. Since this structure is part of Western ideals, Chubais remains their man in the West.