Analysis Real Madrid and Mallorca.. Ancelotti accepts the gifts of the “Pope” before the Clásico 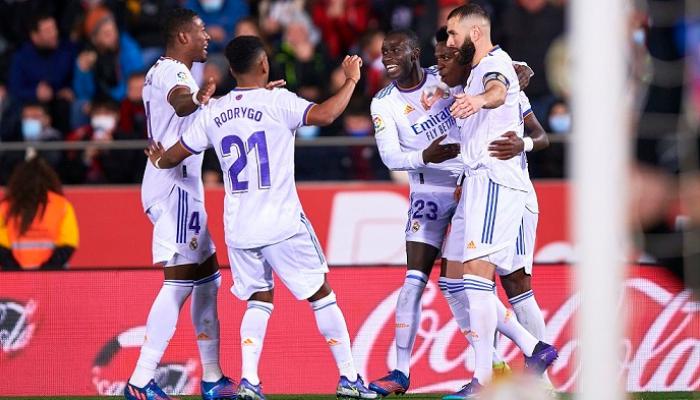 Real Madrid defeated its host Mallorca 3-0, on Monday night, at the end of matchday 28 of the Spanish League.

and score goals Real Madrid Vinicius Junior and Karim Benzema (two goals) in the 55th, 77th and 82nd minutes, respectively, raise the Madrid giant to 66 points and consolidate their leadership in the standings the league In the last rehearsal before the Clásico against Barcelona, ​​​​in the next round.

Al Ain Sports presents, through the following report, a technical analysis of the match between Real Madrid and Real Mallorca in the Spanish League.

The Real Madrid coach, Carlo Ancelotti, rested several of his players and gave the substitutes the opportunity due to lack of time after the elimination of Paris Saint-Germain from the Champions League last Wednesday, and before facing Barcelona in next Sunday’s Clásico.

Ancelotti started the match with a defensive quadruple formed by Lucas Vázquez, Nacho Fernández, David Alaba and Eder Militao, ahead of them were the three midfielder Federico Valverde, Toni Kroos and Casemiro, then the attacking trio Rodrygo, Vinicius Junior and Karim Benzema.

The Mallorca coach opted for a 4-4-2 and his team threatened Thibaut Courtois on more than one occasion thanks to the incursions of the annoying full-backs Maffeo and Brian Olivan.

The Japanese ‘Kobo’ also stood out for moving to the right and left, taking advantage of the poor state of the Madrid midfield, and involving his players like Vázquez, Vinicius and Valverde on yellow cards.

In the first half, ‘Baba’ was slow to pass the ball under pressure from Valverde to reach Benzema and from him to Vinicius, to score the Brazilian’s first goal.

While ‘Baba’ made a mistake in positioning to spoil the offside trap against a Real Madrid counterattack launched by Benzema, which ended with a penalty for Vinicius, with which Karim scored the second goal.

After advancing with two goals, Ancelotti began to activate the team with more than one substitution by bringing in Camavinga and Modric in place of Casemiro and Valverde, and ten minutes later Carvajal and Asensio replaced Vázquez and Rodrigo, who left the field with a violent injury. .

In the last 10 minutes, Mendy replaced Marcelo, who played a perfect cross, which Benzema completed with a superb header into the net, scoring the third goal before leaving the field injured.

Mallorca tried to beautify their image in front of their fans, and sought to reduce the difference in more than one attempt.

However, the late awakening of the owners of the field did not bear fruit, so Real Madrid won a valuable victory, taking advantage of the errors of the Ghanaian midfielder Idrissou Baba, who turned the stage of the match.