An unforgettable evening for the 26th Dubai World Cup 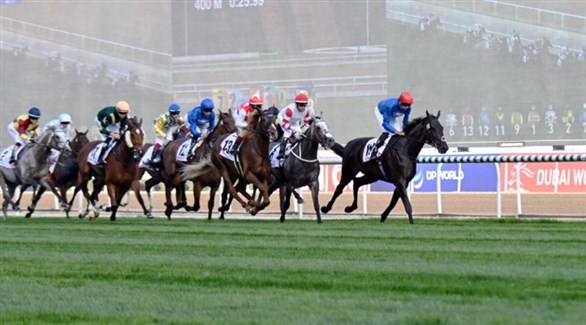 The Chairman of the Board of Directors of the Dubai Racing Club, Sheikh Rashid bin Dalmouk Al Maktoum, confirmed that the night of the distinguished conclusion of the Dubai World Cup came about thanks to the great support of equestrian sport by the Vice President and Prime Minister of United Arab Emirates and Governor of Dubai, Sheikh Mohammed bin Rashid Al Maktoum, and the effort of the work teams, within a clear plan, as well as coordination at the highest level, which made the difference to be a distinguished evening, with everyone’s testimony.

Following the conclusion of the 26th edition of the Dubai World Cup, the Chairman of the Board of Directors of the Dubai Racing Club said: “We were pleased to distribute prizes to all participating countries. There is no monopoly for anyone at the expense of others.” , despite the distinction of Japanese horses in some races, because the participating horses were strong horses that presented Distinguished results in the world, and were fully prepared, which was what the participating team has declared since its arrival, and the field it is the actual place. for these horses since its establishment.”

He added: “The victory of the country grammer in the Dubai World Cup is due to his strength and merit in many races around the world. He is from a strong breed and deserved to win, and for us, the real success is the presence “. of these champion horses at Meydan, and we always strive to attract the best, and promise the best level next season.”

Dubai Racing Club and Dubai Equestrian Club Board Member and CEO, Senior General Expert Mohammed Issa Al-Adb, said: “In this version, we were able to combine the strongest horses in the world to compete in Dubai, and victory of course goes to the strongest horse, the masses, and by the grace of God, the event was one of the best it could have been”, he pointed out that the teams worked from the beginning to reach the final in this way. , especially the events committee in Dubai, which includes all the entities responsible for the events and in the spirit of one team, to come to this special evening.

He added: “There was distinction for the Japanese horses in some races, who were ready from the beginning, and they announced the preparation of the horses to participate in the Dubai World Cup from the beginning, and we are happy with their participation and presence of En Overall, the presence of diversity and excellence for all the participating horses is a positive indicator, and we congratulate the Kingdom of Saudi Arabia, and the owner, Amr Zidan, won the Dubai World Cup.”