An official attack and response.. Magdy Abdel Ghani ignites the controversy after the match between Egypt and Senegal 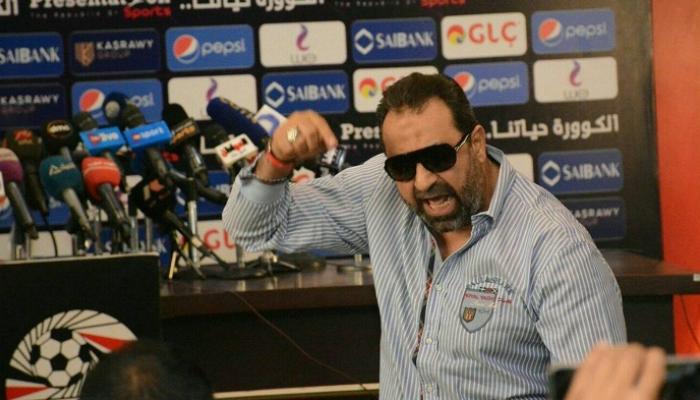 Magdy Abdel-Ghani, a former star of Al-Ahly and the Egyptian national team, caused a sensation on the sidelines when he attended Senegal’s match in World Cup 2022 qualifying.

The Egyptian team had defeated Senegal 1-0 on Friday at the Cairo International Stadium, in the first leg of the playoff phase of the African qualifiers for the 2022 World Cup.

Social media pioneers circulated a video clip of Magdy Abdel-Ghani, in which they said she assaulted a security officer at the entrance gates to the Cairo Stadium.

After the video clip was widely distributed, Magdy Abdel-Ghani issued a statement through her official account on the “Facebook” social network.

Abdel-Ghani wrote: “At the outset, I confirm that my presence yesterday at the Cairo Stadium was to support and endorse our national team, at the kind invitation of the Egyptian Football Association, among a group of Egyptian football stars. along the history”.

He added: “I am always honored and proud of what I have given to my great country for years and years in the stadiums, during which I did not spare a point of sweat, and I always sought to raise the flag of Egypt in all the Arab championships. , African and international”.

Egypt’s goalkeeper at the 1990 World Cup explained: “I went to the Cairo Stadium with a permit to enter my car because of the long distance between the gate and the track, especially since I had a joint operation and was I can’t walk this whole distance on foot.”

He added: “But I was surprised by one of the stadium workers who refused to get into my car and treated me absolutely inappropriately and did not fit my age first, my position and my history second, as a former player. international. who gave a lot and a lot to Egyptian football”.

He continued, “I certainly didn’t mean to insult anyone, but the inappropriate method I found from this employee shocked and rejected me at the same time, and I couldn’t allow it, and I didn’t find any justification for it at all.”

He continued: “I affirm my respect and appreciation for all the organizations that organize this great and honorable event, and I salute all the security agencies that always work for the security of Egypt and Egyptians, and yesterday they presented us with a model for the new republic in which we live, moment by moment”.

Abdul-Ghani concluded his statement: “In the end, I congratulate our national team for achieving victory, and I pray to God that the task will be successfully completed in advancing to the World Cup to make the dream of the great Egyptian people come true.” .