An Israeli Academic To Al-Ain News: The Ukraine War Was A Turning Point In International Relations 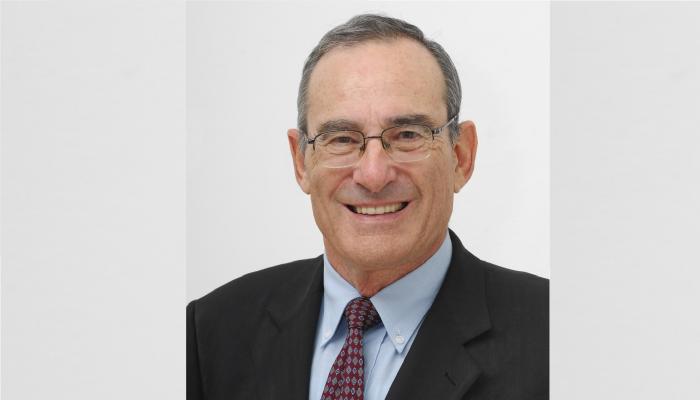 The war in Ukraine draws new contours of international relations and the world order; The conflict that constitutes a turning point dispersing the existing approaches.

A prospective approach based on the repercussions of the Russo-Ukrainian war about 3 weeks ago, presented by Israeli academic Eitan Gilboa, professor of international relations at Bar Ilan University.

In an interview with “Al-Ain Al-Akhbar”, the academic, a senior member of the Jerusalem Institute for Strategy and Security, addressed the causes of the war in Ukraine, anticipating the features of the transformations it will bring. on a global scale.

He pointed out that the situation is moving towards 3 great powers in competition, the United States of America, Europe and China, expressing his conviction in the birth of a new international order in which Washington, Europe and China will compete while Russia backs down so that “it will not be the great power that was in the past”.

The professor, a senior fellow at the Center for Public Diplomacy at the University of Southern California, concluded that the unipolar phase is over internationally.

This is the text of the interview:

* What is your reading of the impact of the ongoing war in Ukraine on the world order?

I think that the United States of America and Europe, that is, Eastern and Western Europe, and China will want to reduce Russia’s power in international affairs.

I say this because China does not need another competitor, China wants to be a great power in the world and compete with the United States of America and perhaps with Europe but not with Russia.

We know that Russia asked China for its support in the war, and it wants to help it a little, not a lot, because it also wants to weaken the United States of America.

I think the unipolar phase is over, and this is not only because of the war in Ukraine, but also at least since the period of former US President Barack Obama and his predecessor Donald Trump and also Joe Biden. I don’t want Washington to continue to be the world’s policeman.

Consequently, we will see, in my opinion, a new international order, I believe that the United States, Europe and China will compete with each other, while Russia will decline and will not be the superpower that it was in the past.

* Do you think the war is really ongoing between Washington and Moscow?

The real problem is the ambition of Russian President (Vladimir) Putin to be respected as a great power, and also the restoration of the former Soviet Union, these are his goals, and the question is whether Russia will strengthen and improve its position as a great power as a result of the war in Ukraine or it will not be able to do so and will be weakened.

The question is also whether the goal of returning to the Soviet Union will be seriously damaged and whether the US-led NATO (NATO) will be strengthened as a result of the war.

I think that as long as Putin stays there and the war continues, he will lose. He misjudged two things: first, Ukraine’s determination to fight, and second, the ability of the United States and the West to unite against it.

* What impact do you see from the international economic sanctions imposed on Russia?

This is a subject of variable appreciation among politicians and experts, and it is the first time in history that a similar type of sanctions has been imposed on a great power so well prepared to face it.

The question is to what extent will these sanctions affect the Russian president internally?

This is what the Trump administration expected against the Iranian regime, it believed that severe sanctions would undermine this regime, but this did not happen, however, the situation in Iran is different from that in Russia.

Perhaps the opposition will become stronger in Russia and we do not know how this will affect the Putin regime, these are questions for which we have no answer, but I think that the war represents a turning point in international relations.

I think we are seeing a war that no one expected to happen. It’s like World War II where millions of refugees and cities destroyed. Yes, we have what happened in Syria, where they killed half a million people and there are millions of refugees, but from the perspective it is a civil war, whereas here we are talking about a Russian invasion and talking about the level of the war is within from Europe, so that’s another story.

* So what are the repercussions of this in Europe?

In my opinion, the West is waking up, especially Europe, which believed that a similar war could not happen and ignored all kinds of indications of Putin’s intentions to resort to force to achieve his goals, and was not prepared militarily.

In Europe there was a kind of relaxation, military budgets were slashed, and Germany was very wrong to rely on Russian gas.

The West is waking up, even Germany has announced an investment of a lot of money for military purposes and I think they have announced a billion euros for military purposes, so I think that the entire West, the United States of America and Europe, will seek to become more powerful than Russia and that leads me to believe that Putin lost the war. In fact, in his strategic dimension, he can win it in Ukraine, but lose it in the global system.

*Why does the Ukrainian president demand a ceasefire negotiation in Israel?

In my opinion, all the negotiations that are currently taking place between Ukraine and Russia have to do with humanitarian issues and are low-level, and I do not think that the two sides are ready for a real agreement. We have learned from history that the parties seriously negotiate to end a conflict or war when they suffer very great damage, it is clear that both parties suffer all kinds of problems and damage, especially Ukraine, but the question now is not where will carry out the negotiations, but who will negotiate and what are the issues on the agenda?

Russia wants Ukraine to submit to it, and that will not happen, at least not now, so it does not matter where the negotiations take place, but the important thing is that the parties are ready to negotiate a solution.

* Do you expect a ceasefire in Ukraine?

*Israeli Prime Minister Naftali Bennett is mediating between kyiv and Moscow. How do you rate this role?

As for the talks and contacts that are taking place between Prime Minister Naftali Bennett and the Russian and Ukrainian presidents, Bennett is not a mediator in the strictest sense of the word, but rather one who transmits messages.

The mediator is actively discussing proposals and offers and comes up with his own ideas, and to my knowledge this has not happened. In his conversations with Putin, the Ukrainian president and Western leaders, I think Bennett was acting as a messenger, passing messages from one party to another without making much progress.