An email on behalf of San Chin Choon supports the version of commission agents Medina and Luceño: “The operation is correct” 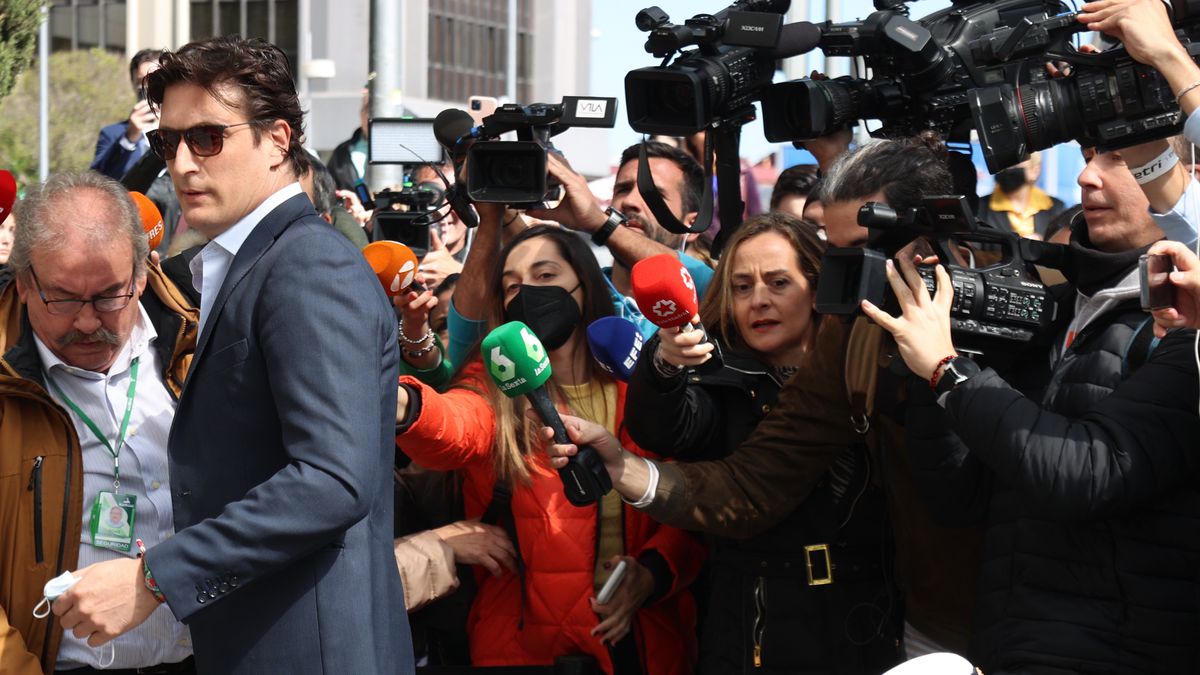 San Chin Choon returns to the scene. Judge Adolfo Carretero, who is investigating Luis Medina and Alberto Luceño over alleged fraud against Madrid City Council during the pandemic, has reported that last week he received an email “apparently” sent by this Malaysian businessman, who sold the hygiene articles supplied to the persons examined to the consistory and was thus able to collect almost six million euros in commissions. In the said communication, to which EL PAÍS had access, the alleged Choon supports the defendant’s version: “The operation is correct and was carried out without any irregularity […] I was never informed of any quality issue,” the letter to the head of Asian company Leno Sdn Bhd said.

Spain tried to contact San Chin Choon to get his version back in 2021, requesting cooperation from Malaysian authorities, who usually resist cooperation. As the Asian country reported at the time, they had located the businessman, but he refused to testify. In his email, Leno’s rep assures that he moved to testify in 2022 and that it never went to court. Choon defends that Luceño certified him on 18 the documents. According to his version, on July 19 he sat down again before another “oath commissioner” to answer the questions that the public prosecutor’s office sent him at the time.

These alleged testimonies never officially reached Judge Carretero, who was very skeptical about the possibility of collecting his version. Indeed, when informing the parties via the mail on Monday, he emphasizes that the sender is Choon – “apparently,” he emphasizes in his letter – but does not give it 100% credibility. So far, the only reference has been an interview with the Efe agency, in which Leno’s representative insisted that the operation was “clean”.

Well, in the document attached to the email sent to the court, the alleged Choon expands on that thesis. He says he’s been doing business with Luceño for “a couple of years.” And he adds: “I met him at a meeting in China for trading deals, mainly chicken and soybeans. He was introduced to me by a commercial agent who has worked with him for a long time in international commercial relations.” About Luis Medina, brother of the current Duke of Feria, he assures that he has never had personal contact with him, nor has he maintained any kind of communication .

Over eight pages, the alleged Choon struggles to validate the commissions and documents presented by the defendants to justify the money pocketed. Some papers that anti-corruption believes to be fake. In this sense, the International Chamber of Commerce (ICC) has already confirmed that it uses “fake models” with “old logos” to present itself as Leno’s “exclusive agent”. However, according to the email, there was an “error” with the data. A version that the State Department does not believe.

To justify themselves, the public prosecutor’s office points to numerous inconsistencies in the documents submitted by the commissioners. For example, the papers accrediting them as Leno’s “exclusive agents” are dated “Thursday, September 12, 2018,” even though that day was Wednesday. They were apparently signed two years before the suspected operation, although Medina asserted that he had never had any relationship with the company before brokering the sale to the city council. In addition to the data from the International Chamber of Commerce, Luceño also included the addresses of the FBI and Interpol in the header. And those that Medina sent to his bank and those that Luceño sent to his bank are exactly the same except for one detail: that of the Duke of Feria’s brother includes both as agents, while that of Luceño presented him and a certain Chan Beng Kay.

The suspected San Chin Choon claims that despite never having anything to do with Medina, he made him his exclusive agent. And he adds that the “error in the data” answers that they were working with “drafts” and “everyone” “forgot to update that data.” The businessman defends the role of the two commissioners in depositing the material – gloves, masks and tests – with the city council. “[Sin ellos], I could not have sold them for various reasons. At that time it was not possible to contact private companies directly but had to do so through authorized government companies or governments. And for that he needed the agents: so that he could serve the goods. The agents I have agreements with have experience in the international market. Without this experience it would not have been possible to close an international operation.”

The alleged Choon also supports the commission they received, assuring that it is part of the total cost paid by the city council. “The price of the products would have been the same. You don’t sell at a higher price because you have agents. Without them, there is no operation.” The email also explains why Luceño received higher commissions: “An agent who has experience and handles the operation cannot have the same margin as he does all the work than one , which only sends a phone number of a possible buyer”. Prosecutors believe that Luceño managed the level of commissions as he pleased, even participating from Medina after one of the sales failed.

The judge has charged Medina and Luceño with aggravated fraud, money laundering and forgery – the former is also accused of concealing assets. Prosecutors denounced that the two businessmen deceived the city council with three operations to buy masks, gloves and tests. “These three contracts, in which Luceño and Medina were involved, constitute a criminalized legal business,” the trainer emphasized in a resolution: “Luceño, in full collusion with Medina, deceived and profitably concealed from the city council that the price of the masks were up 60%, gloves up 81% and testing up 71% as a result of agreed commissions.”

Previous articleVictory against Sweden: England are in the final of the European Championship
Next articleThe “Purple Points” against sexist violence reach trains, airports and ports