AN dismisses Sandro Rosell’s complaint against Villarejo and other police officers over “Operation Catalonia”. 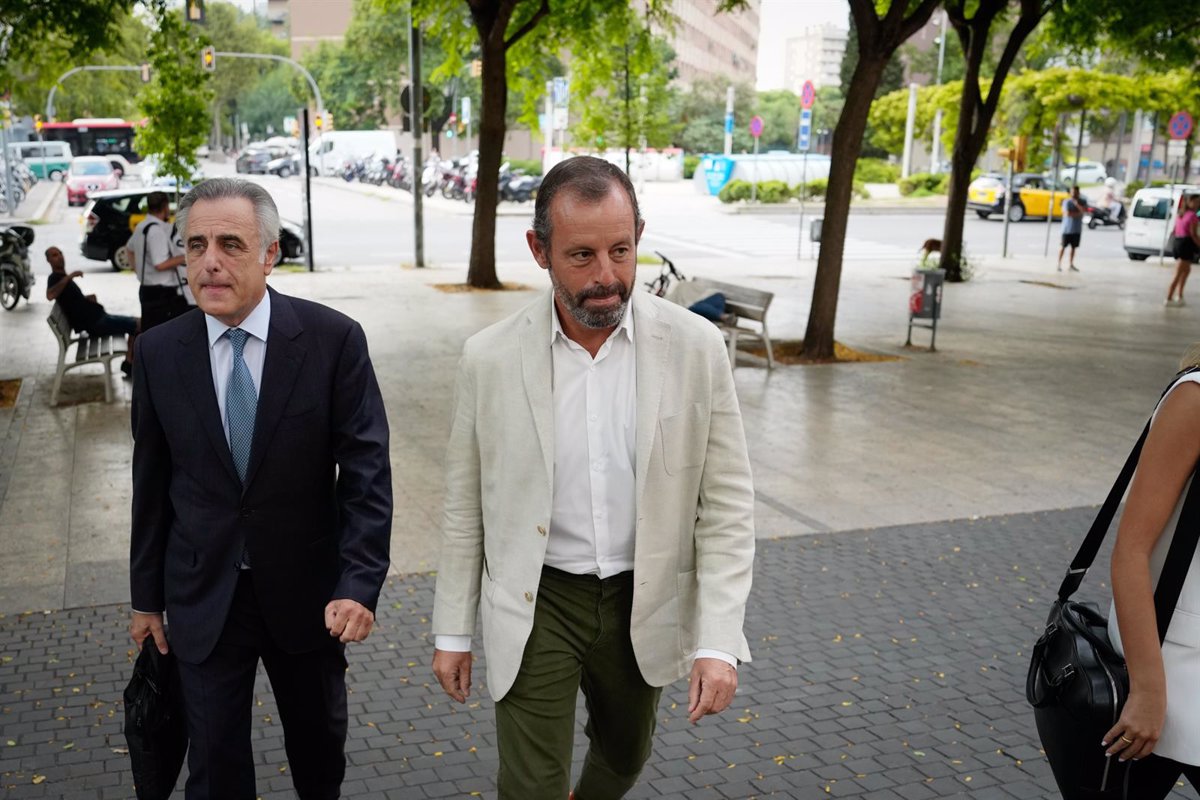 The National Court (AN) has dismissed the complaint filed by former President of Barcelona Football Club Sandro Rosell against retired Commissioner José Manuel Villarejo and other police officers, thereby denying his request to act as a private prosecutor in the case described as “known”. Tándem’ yet in any of the separate plays investigating the former police officer’s private employment through his company CENYT.

In an order this Monday, to which Europa Press had access, Judge Manuel García Castellón states that the lawsuits for which Rosell is being sued against Villarejo, among others, do not correspond to the budgets provided for in the law to give him the status directly through damaged the facts by acknowledging “no signs” of the retired commissioner’s intervention.

“Without questioning the seriousness of the statements contained in the complaint or the possibility that such facts are indicative of the appearance of a criminal offense, this differs from such facts being required to be investigated as part of this proceeding,” he points out in his Letter to the head of the Central Court of Order No. 6 investigating the macro cause on Villarejo.

Rosell referred to the published audios of conversations between police officers and political officials about “Operation Catalunya,” which “consisted essentially of gathering information and/or providing false evidence used to intimidate, investigate, accuse independents, to harm and discredit”. .

Rosell’s legal representation believes he was “in the crosshairs” of this conspiracy, and illustrated this with a November 2012 meeting between Villarejo and now Senator Alicia Sánchez-Camacho, who was then President of the Catalan People’s Party. At that meeting, she reportedly gave the commissioner a list of people to be investigated for their relationship with the pro-independence movement, including the former Blaugrana president.

According to the lawsuit, prospective investigations against Sandro Rosell, in which the accused are said to have been involved, began later, from January 2014.

Rosell claims that “it would have been agreed to activate – or in any case exploit – an alleged request for information sent from the United States to Spain through the ‘FIFA gateway’, a matter of corruption in the world of football that would be used as a pretext to launch police investigations against him in Spain.

Based on this requirement, “a prospective and secret inquiry was opened in June 2015 with the Public Prosecutor’s Office of the National High Court” in which the plaintiff was tried and acquitted in 2019 after serving 21 months, almost two years, in provisional detention had spent. explained the complaint.

Overall, the judge notes in the order that the ad does not specify how there is a connection between the events told and the AN case against Villarejo, since the direct intervention of the former police officer is not clear from the story, “but rather it is referred to other subjects and officials to carry out their tasks”.

García Castellón also finds no justification for Rosell that his court should have jurisdiction when it comes to knowledge of these alleged unlawful practices, since he “considered the connection between the facts reported in the complaint and those under investigation draws macro cause, both in relation to the main piece and in relation to the individual pieces”.

For the judge, Rosell’s complaint “does not provide any information” about the existence of a specific attribution to Villarejo, since it concerns a completely different dynamic than that which is examined in the main proceedings and in the derived proceedings, although this “could without prejudice to Appropriate investigative steps will be initiated if further evidence appears.

Villarejo is being investigated and brought to justice by the AN for working privately through CENYT to provide services to third parties that he was unable to provide due to his active police status.

Previous articleHouse of the Dragon: This scene teases one of the most gruesome acts from “Dance of the Dragons.”
Next articleWindsor Chapel hosts the last public tribute to Elizabeth II