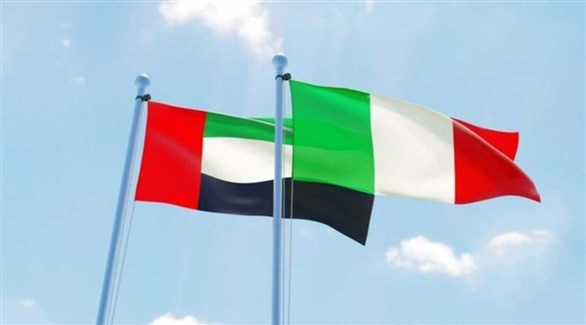 The Ministry of Economy signed a memorandum of understanding with the National Research Council of Italy, to improve cooperation, exchange knowledge and experiences, develop joint programs and projects in the fields of scientific research and support researchers from both countries in areas related to development. of the sectors of the new economy.

The signing ceremony, which took place in the Italian Pavilion at Expo 2020 Dubai, was attended by the Minister of Economy Abdullah bin Touq Al Marri. The memorandum was signed by the representative of the Ministry of Economy and Undersecretary Abdullah Al Saleh, and was signed on the Italian side by the President of the Italian National Research Council, Professor Maria Chiara Carusa, in the presence of several officials from both sides.

Abdullah bin Touq said: “Emirati-Italian relations are based on solid foundations of friendship and cooperation in various fields, and the two countries share many common visions for the future, which is reflected in the many partnerships between the two sides in the areas of the new economy, such as innovation, entrepreneurship, the circular economy and its digital applications, technology and advanced industries, and today we are making further progress through this memorandum, which aims to enhance the contribution of scientific research and modern science to sustainable economic development efforts based on knowledge, innovation and technology”.

He added: “This memorandum comes as a continuation of the tireless efforts of the two countries to devote joint cooperation to the sectors of the future, and by employing scientific research tools, we will work to measure the strengths in the promising growth based on knowledge”. opportunities in the markets of the two countries, and provide a forward-looking scientific vision for the future directions of the various economic sectors.” This supports the UAE’s vision in light of the fifty goals, and we hope over the coming period to achieve taking full advantage of the results of this memorandum and its contribution to the development and diversification of the existing economic partnerships between the United Arab Emirates and Italy during the next stage”.

For her part, Professor María Carosa said that “this memorandum will create a new cooperation framework between the two countries to develop joint cooperation programs and projects in the field of scientific research,” noting that it will allow more than 8,000 researchers and academics in the two countries to exchange their experiences and ideas in various activities that will support the Goals of the transition towards a flexible and sustainable economy.