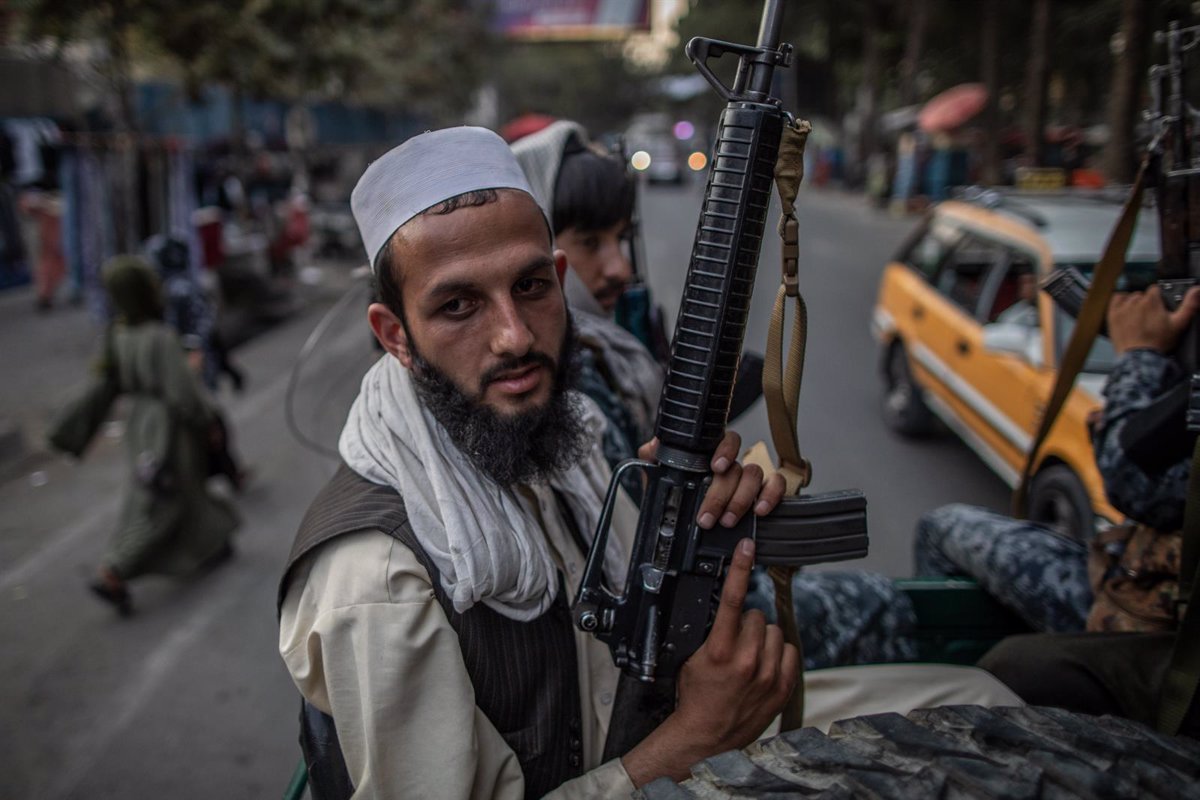 On the eve of a year since the Taliban regained power with their final and unopposed takeover of Kabul, Amnesty International (AI) has denounced that since then they have waged “an ongoing assault” on freedoms, persecuting minorities and violently repressing any opposition.

In its report, released this Monday, entitled “The Taliban Law: A Year of Violence, Impunity and False Promises,” Amnesty highlighted “the flagrant violations” committed over the past year and the impunity for which they have enjoyed will torture, murder and make disappear those who oppose the regime.

“A year ago, the Taliban made a public commitment to protect and promote human rights. But the speed with which they are dismantling 20 years of progress on freedoms is impressive,” said Amnesty International’s Regional Director for South Asia Yamini Misra.

In this regard, he lamented that “all hope for change has vanished as the Taliban seek to rule through repression and complete impunity,” as evidenced by “arbitrary arrests, torture, enforced disappearances and summary executions.”

The return of the Taliban, in turn, was a severe setback for women and girls who were deprived of their rights after two decades of progress. Now “they face a bleak future, with no education and no opportunity to participate in public life,” he denounces.

With the capture of Kabul in August 2021, the Taliban ended a rapid campaign to take over much of Afghanistan following the withdrawal of the United States and its allies. Since then, Amnesty has collected widespread cases of human rights violations in the community, despite all the promises it made to the international community.

“Hundreds of civilians have been arbitrarily arrested,” Amnesty denounces in its report, which also includes the case of “Sahiba” — fictitious name — a protester who was beaten and tortured by the Taliban.

“There was no court, there were no charges and no procedural guarantees; they kidnapped us on the street, they kept us in prison for several days without access to our family or a lawyer. Some women I shared with the cell never came back and we don’t know what happened to them,” he says.

For his part, Torab Kakar has denounced to the NGO how the Taliban skipped the promise of a “total amnesty” for those who were part of the previous government’s security forces and detailed the case of his friend Jalal, who was handcuffed and associates Eyes.

“After he was beaten and his family went looking for him, the local intelligence chief threatened them and warned them to stop looking,” says Kakar. Jalal’s case is one of “hundreds” of reprisals and extrajudicial executions recorded to punish those who were part of the previous regime.

“There have been hundreds of extrajudicial killings and bodies have been found with gunshot wounds or signs of torture. Dozens of people have disappeared and remain missing because of their work with the previous government or for allegedly participating in the resistance against the Taliban,” Amnestie notes.

ATTACKS ON MINORITIES AND WOMEN

The range of crimes committed by the Taliban is wide and varied. In addition to torture, arbitrary arrests and extrajudicial killings, religious ethnic minorities are being persecuted and evicted, and their lands are being plundered.

“There have been reports of non-Pashtun Afghans being forcibly evicted from their homes and lands so the Taliban could reward their supporters,” Amnesty said. The main victims of this policy of persecution are the Hazara, Turkmen and Uzbek peoples. A year after the takeover of Kabul, the UN estimates the number of internally displaced persons to have increased to more than 820,000.

The case of women and girls is particularly bloody. Since taking power, they have been exposed to “increasing and constant violence,” he says. Dozens have been arrested and tortured for taking part in peaceful protests to demand their rights after two decades of slow but significant progress.

“The Taliban have restricted the right to education for women and girls and veiled the future of millions of them. When secondary schools reopened on September 17, 2021, the Taliban banned high school students from attending because they hired more teachers. So far, none of these plans have been implemented,” she denounces.

VIOLATIONS OF FREEDOM OF SPEECH

Amnesty’s report also describes the excessive use of force, including the use of live ammunition, by Taliban security forces to quell peaceful protests.

“I saw a man lying in a pool of blood in a ditch; I think he had been killed […] My hand was broken but I didn’t go to the hospital because I was afraid of being arrested for taking part in the protests,” a person who took part in a demonstration in Heart province told Amnesty.

In Taliban Afghanistan, it is not only the freedom of assembly and demonstration that is in question, because the repression is also directed against the media and their independence.

An example of this is the Government Media and Information Center (GMIC) order of September 19, 2021, which banned journalists from publishing stories “anti-Islamic” or offensive to “national figures”.

Over the past year, more than 80 journalists have been arrested and tortured for covering peaceful protests, Amnesty reported. One of them told the NGO that his legs were beaten and whipped so badly that he could not get up for days.

For all these reasons, Amnesty not only calls on the Taliban to immediately stop the “blatant” violations of fundamental freedoms, but also demands that the international community take “significant” action to prevent the human rights crisis in Afghanistan from continuing.