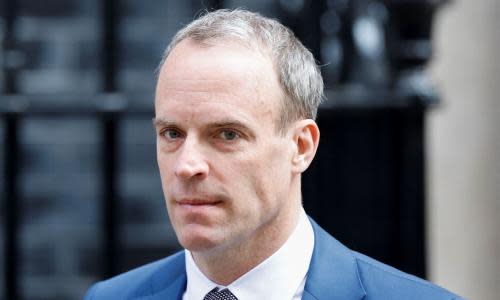 Amnesty International has criticized Justice Secretary Dominic Raab’s plans to replace the Human Rights at Work Act with a British bill of rights.

Raab has argued that the proposal will better protect the press by exposing wrongdoing and said he feared freedom of expression was being “curtailed” by “political and bureaucratic correctness”.

The deputy prime minister told the Daily Mail that under plans being drawn up, only limited restrictions will be placed on free speech protections with checks to prevent people from abusing it to promote terrorism.

“I hope that people do not fall for this latest attempt to deceive; just this week the Human Rights Law protected freedom of expression when a journalist used it to defend the confidentiality of his sources.

“When you think of the Human Rights Act, think of Hillsborough, or the successful challenge to police banning women from holding a vigil for Sarah Everard, or how the government will be forced to conduct a proper investigation into her handling of the covid pandemic.

“The Human Rights Law is the most important weapon ordinary people have against the state and unfair treatment, and we should all be very suspicious of the very people it holds accountable by telling us they are doing us a favor by watering it down.”

The proposals, currently under consultation, are expected to be included in the Queen’s speech later this year.

Raab told the Daily Mail on Saturday: “We will continue to clamp down on those who try to use the media or free speech to incite violence, radicalize terrorists or threaten children. All those safeguards will be in place.

“But we have to be able to strengthen freedom of expression, the freedom that protects all our other freedoms, and prevent it from being surreptitiously curtailed, sometimes without us really being aware of it.

In December, the government announced a consultation to revise the Human Rights Law.

The Human Rights Act was introduced by the Tony Blair government in 1998 to allow UK citizens to invoke the rights contained in the European Convention on Human Rights in national courts.