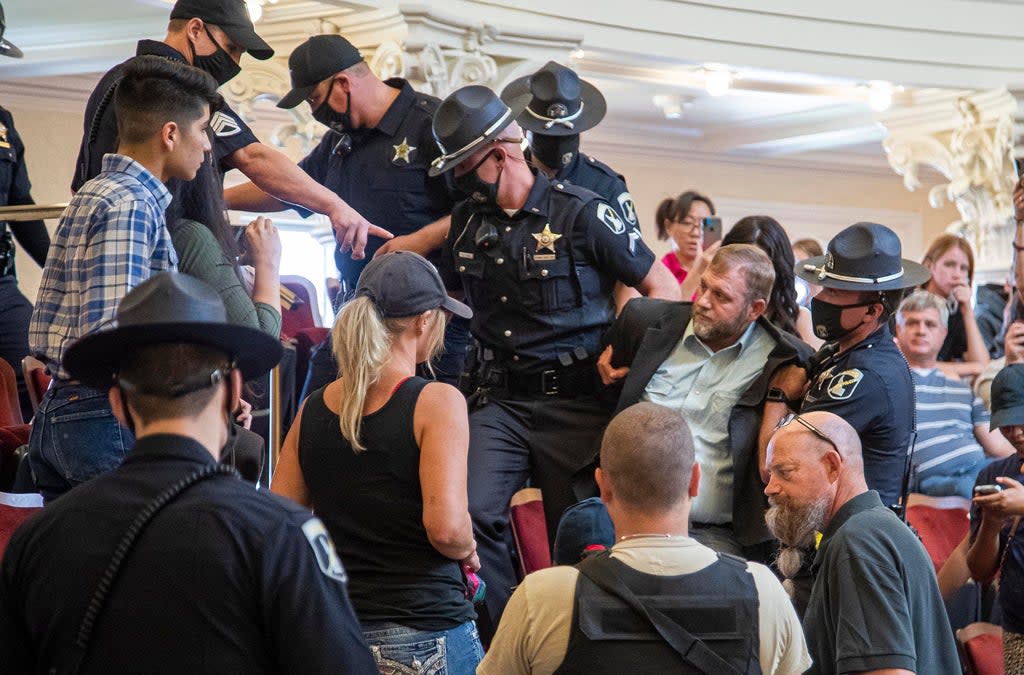 Far-right activist Ammon Bundy, who is running for governor in Idaho, was arrested after refusing to leave a hospital in connection with a child welfare case, police said Saturday.

Bundy was arrested around 1:15 am on suspicion of misdemeanor trespassing at St. Luke’s Meridian Medical Center in Meridian, west of Boise, the Idaho Statesman reported.

Bundy is well known for participating in armed confrontations with law enforcement, most notably at the Malheur National Wildlife Refuge in Oregon in 2016, which left a man dead, and on federal land near his family’s ranch in Nevada in 2014.

He is also scheduled to stand trial this week on three counts from an earlier burglary case at the Idaho Capitol.

Saturday’s arrest concerned a 10-month-old boy who was determined to be “severely malnourished” and at risk of injury or death, the Meridian Police Department said in a news release. The baby’s parents had refused to allow officers to check on him after the family canceled an appointment.

Bundy urged his supporters to go to the hospital to support the family.

Bundy wrote on Twitter on Saturday that “last night my very good friend Diego’s grandson was medically kidnapped because a doctor called (child protective services) for a missed medical appointment. If this happened to them, it could happen to you.”

Emmett’s Bundy was charged in the Oregon and Nevada clashes. He was acquitted in Oregon and the Nevada charges were dismissed after a mistrial.

He is scheduled to go on trial Monday on two counts of misdemeanor trespassing and one count of resisting or obstructing officers after he was arrested twice in one day at the Idaho Capitol in April 2021.

At the time he was subject to a one-year ban from the Legislature due to a previous trespass, when he refused to leave an auditorium at the Idaho Legislature in August 2020 during a Legislature special session protest and was removed. of the building by police in a chair.