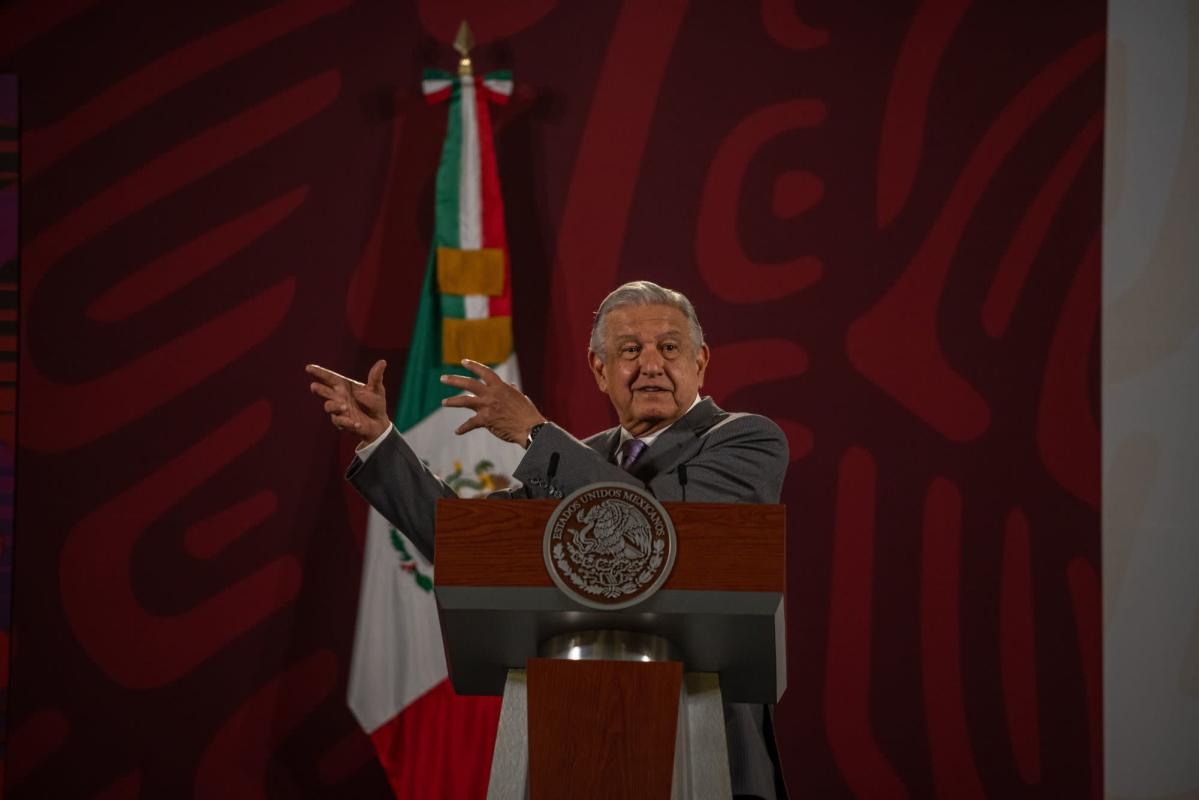 Although it is the first time in the history of the central bank that the president anticipates the decision of the monetary authority, it is not the first time that his daily press conferences have generated controversy.

Thursday’s revelation came swiftly as criticism from economists raised concerns about the autonomy of Banxico, as the bank is known. However, most traders took solace in the fact that the 50 basis point rate hike was unanimous, taking the currency to its strongest level in about six months.

AMLO, as the president is known, later apologized for the mistake, saying he thought the decision had already been made public. But last-minute revelations have become a pattern for López Obrador, 68, especially during his daily two-and-a-half-hour press conferences, the so-called morning press conferences that are widely broadcast and posted online.

His impromptu morning lectures, in which he often goes off on tangents for an hour and squabbles with journalists and businessmen, have helped him influence the daily news cycle and polish his image as a man of the people. But talking for hours on end, and sometimes at more than one event, hasn’t always worked in his favor.

López Obrador recently rattled markets with an impromptu reappointment for the central bank’s governorship in late November, with a new chief just weeks away.

The peso plummeted after he announced at his press conference that he would swap the nomination of his former finance secretary, Arturo Herrera, for that of his head of expenditures, Victoria Rodríguez, who at the time had little experience in monetary policy. Since then, she has worked to build her inflation-fighting credentials.

AMLO preempted another key event in September when he announced that he wanted to use some of the $12 billion from an increased share of the International Monetary Fund’s special drawing rights to reduce state oil giant Pemex’s $115 billion debt load.

However, by announcing how he planned to use the funds, he raised the value of the very debt he intended to buy, undermining his decision to help the producer. He later acknowledged that he had raised the cost of the transaction by talking about it, and the buyback has not taken place to date.

The president appeared to investors in May by saying that he would not appoint Alejandro Díaz de León for a second term as governor of Banxico and that he was looking for an economist with a “social dimension,” which followed questions about the future of the bank’s strong focus. in combating inflation.

Beyond the markets, AMLO has shamelessly attacked independent institutions such as the nation’s electoral and antitrust regulators, and its transparency body. That is why his apology to the central bank was so surprising.

His improvised style has led to comparisons with former US President Donald Trump.

“People are learning to live with AMLO’s comments like they did with Trump,” from Daniel Rico, foreign exchange reporter at RBC Capital Markets in New York. “But these kinds of actions will continue to hamper investor confidence.”