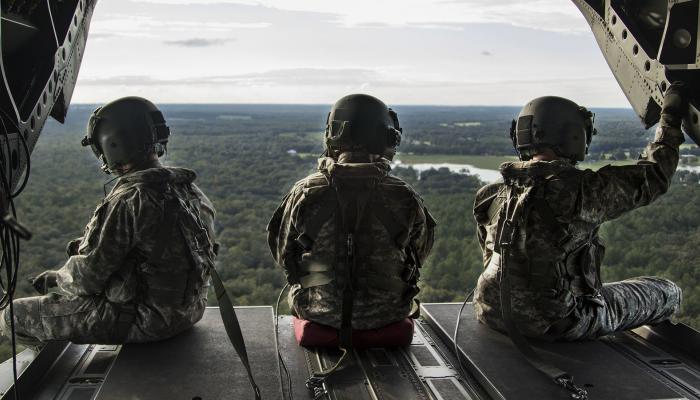 US authorities released a new version of American soldiers, who were allegedly killed by Russian reports in battles in Ukraine recently.

The Tennessee National Guard said Thursday that three of its current and former members, who according to a Russian media report were “mercenaries” killed in Ukraine, are alive and well.

US President Joe Biden had ordered the withdrawal of US forces from Ukraine ahead of Russia’s invasion of the country, as part of efforts to avoid a direct confrontation with a nuclear-armed opponent.

But the Russian newspaper “Pravda” report identified the Americans by name and even mentioned their military ranks, citing information from a pro-Moscow militia in Donetsk, Ukraine.

The report even gave a complex explanation of how the three were identified, using items from a backpack “near the body of one of the gunmen,” including a Tennessee flag.

Tracey O’Grady, a spokeswoman for the US National Guard, stressed that “the Tennessee Guards are aware of the fake news from Russia,” and that “the soldiers are safe and no American mercenaries were killed in the Donetsk People’s Republic, as stated.” incorrectly in the title of the article”.

A US official, who spoke on condition of anonymity, said two of the named soldiers are still in the ranks of the Tennessee National Guard and are in the state. And that the third of them left the service, but he is alive and not in Ukraine.

The National Guard speculated that the militia chose the three men while reviewing official photos linked to the deployment of Tennessee National Guard forces to Ukraine in 2018.

“All members of the Tennessee National Guard returned safely to their state in 2019 after a successful mission,” he added.