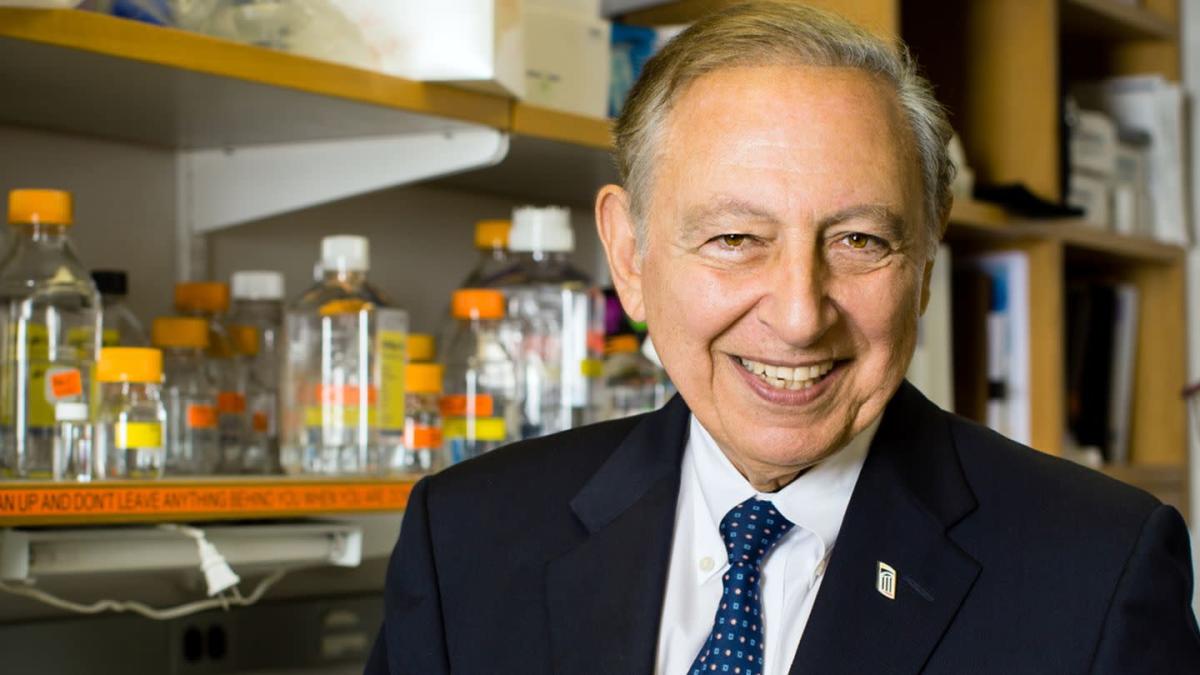 New York (AP) — Robert Gallo has been researching viruses for more than half a century. The American scientist and co-discoverer of the AIDS pathogen HIV will turn 85 on Wednesday (March 23), but it’s not just the corona pandemic that makes retirement impossible for Gallo, at least for the time being.

Among other things, Gallo continues to work tirelessly as a professor and director of the Institute for Human Virology he founded at the University of Maryland in Baltimore and the Global Virus Network, which he also co-founded.

He comes after his mother, who was also full of energy until old age, the scientist said in an interview with the German Press Agency (dpa). During the pandemic, he has worked even more in the last two years, but mostly from his home and through Zoom. Gallo is still working scientifically on further HIV research, and the corona pandemic has presented him and his team with completely new challenges. With the Global Virus Network, Gallo wants to make a contribution to overcome this and other possible pandemics.

The scientist comes from a family of Italian immigrants. His father ran a small welding shop in the US state of Connecticut. Gallo’s sister, Judy, died early of leukemia, a formative experience. “It was a very difficult time in my life,” says Gallo. His father in particular suffered a lot from the death of his sister. “We couldn’t laugh anymore, we couldn’t joke anymore, we couldn’t celebrate Christmas, we couldn’t celebrate birthdays anymore. Nothing. So I spent my teenage years in a weird way until I got to college.”

His sister’s death was the “shock of his life,” says Gallo, but he also gained his first insight into medical research through hospital visits. “Originally, she had no interest in science. I won’t lie and say that I was a very curious boy and looked under every stone.” He was only interested in two things: basketball and girls. Then his father introduced him to his deceased sister’s doctor, with whom he was finally allowed to Gallo do a summer internship.”Even if I didn’t want to admit it at first, then I realized I wanted to do research on leukemia.”

These are not easy times

Gallo published his first scientific paper while he was still a student. He is now a co-author on around 1,300 publications. Gallo says in hindsight that he has completely overhauled himself several times. It wasn’t easy at first, even for his wife Mary Jane Hayes, whom he married in 1961, and his two sons.

Through various universities, Gallo came to the National Institutes of Health in Maryland in the 1960s and moved to the University of Maryland in the 1990s. In the early 1980s, he and his team discovered the first human retroviruses, including HTLV-I, which can cause leukemia. In 1999 Gallo received one of the most important German medical prizes, the Paul Ehrlich and Ludwig Darmstaedter Prize, for this discovery of “human exogenous retroviruses”.

Gallo later also found what was then known as HTLV-III, the AIDS pathogen. However, this discovery was extremely controversial and sparked one of the largest public debates in the history of science. French researcher Luc Montagnier, who died in February at the age of 89, also tried to isolate the AIDS pathogen in the 1980s. Gallo and Montagnier worked closely together. Then the US Department of Health and Human Services announced that Gallo had discovered the AIDS virus and even developed a blood test for patients. Gallo was held, until it was discovered that Montagnier had been there before.

Gallo receives nothing from the Nobel Prize

It was not until 1994 that the two researchers agreed on a kind of scientific peace treaty that, among other things, gave both equal income from the AIDS test patent. The time was one of “total stress,” recalls Gallo.

Only Montagnier received the Nobel Prize in 2008, along with his French colleague Francoise Barré-Sinoussi. Rooster was left out. He was “shocked and hurt” by the decision, says Gallo. “But I am not a judge, I do not give money and I congratulate the winners.”

Gallo has received many other honors, including twice the prestigious Lasker Award and Israel’s $1 million Dan David Award. The scientist is also doctor honoris causa in almost 30 universities. “I’m very lucky,” says Gallo. “I’ve been lucky in all aspects of life.”