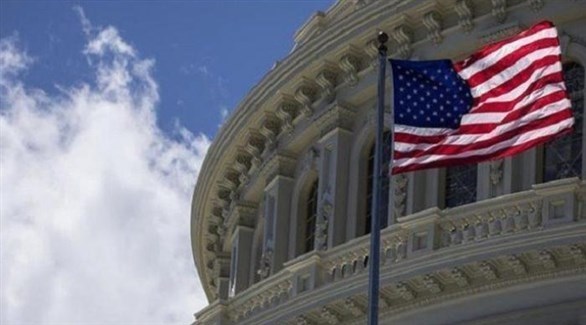 According to political analyst Judith Bergman, there has been a reduction in American deterrence for years, and the reason for this is failed policies and misidentified national interests, which have clearly been the focus of bad actors like Russia, China and Iran, and the Russian invasion of Ukraine has shown that American deterrence is in dire shape.

Bergman says in a report published by the American Gatestone Institute that Russia, China and Iran witnessed in 2013 former President Barack Obama showing that the announced US “red line” in Syria was not something that had any meaning, and that the president Syrian Bashar al-Assad could not be held accountable Nearly 1,400 civilians were killed by chemical weapons.

They also testified that Russia conquered Georgia and annexed Crimea, while China gained control of Hong Kong, and that the United States had no negative consequences, not even a side effect.

As they watched in August 2022, the US president’s willingness to hand over Afghanistan to terrorists, abandon a US ally, and leave his citizens who had loyally cooperated with the US for 20 years in deadly chaos.

Bergman, a senior fellow at the Gatestone Institute, explains that it is this continued erosion of American deterrence, and the impression that the entire United States can do nothing and can no longer be trusted as a world power, is what is being said. that have led Russian President Vladimir Putin to appreciate that he could invade Ukraine without paying a high price.

Bergman stressed that the task for the United States is to prevent Putin, Xi Jinping, Khamenei and their ilk in the world from becoming bolder and trying to achieve their regional ambitions in the Baltic states, the countries of North and East Europe, Taiwan, the South China Sea and the Middle East, which need to restore the necessary deterrence against military threats that the United States, and the West in general, have come to complacently believe to be obsolete and irrelevant, a mere relic of the cold sea.

Bergman explained that the complacency with which the Biden administration began to view military threats, such as Russia’s invasion of Ukraine, as a thing of the past, led to an erroneous prioritization of issues such as climate change as the biggest threat it faces. United States. and this misleading approach came at the expense of a true definition of what interests are. America’s vital nationalism had to stand up to real threats to national security.

More than 20 years ago, this past July, the United States National Interests Committee, in cooperation with the Belfer Center for Science and International Affairs at Harvard University, the Nixon Center, and the RAND Corporation, issued a report entitled ” What are the National Interests of the United States? (also known as the Belfer Report), which listed American national interests as absolutely necessary conditions to ensure and promote the survival and well-being of Americans in a free and secure nation.

The Belfer Report listed five areas, including primarily preventing, deterring, and reducing the threat of attacks against the United States or its military forces abroad, and ensuring the survival of US allies and their active cooperation with the United States. to shape the international order. where we can thrive. And as China and Russia seek to expand their spheres of influence, there is no adequate commitment to these two core interests on the part of the United States to withdraw from critical areas and deter military spending.

Rebuilding deterrence, adds Bergman, will require broad political and military engagement with vital national interests, and this will require a reorientation of policy that recognizes the United States as a fundamentally Western power in a world witnessing global military threats of a variety of bad actors. —including Main China, Russia, Iran, and North Korea.

Bergman concluded his report by saying that the Biden administration, or any administration that succeeds it, would do well to recognize that China threatens the entire world, and that Beijing cannot be contained simply by concentrating efforts in the Far East, and that Russia’s threat to Ukraine is not separate, but can be extended to Moldova, and the Baltic states, Finland, Sweden and others.

As for Iran’s threat to the Middle East (nuclear and through its terrorist proxies) and its quest for hegemony, this cannot be resolved with the usual restraint and accommodation. Rather, this requires a strong deterrent.