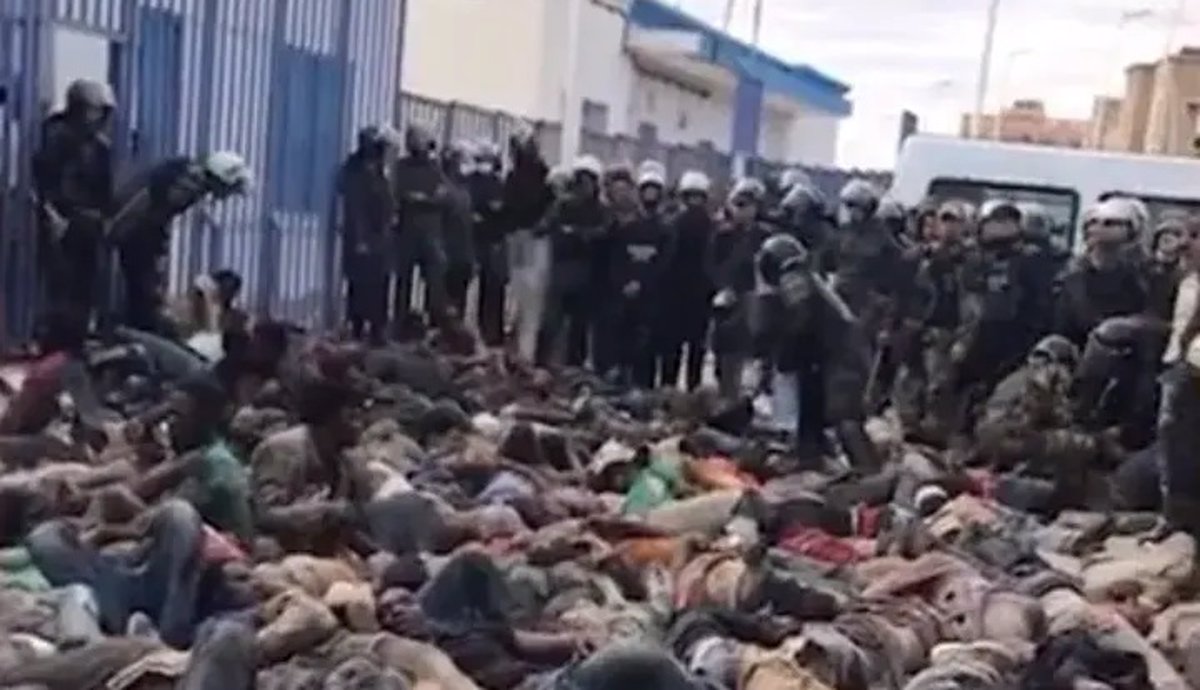 The Moroccan Human Rights Association (AMDH) in the Moroccan city of Nador has warned that the number of bodies piled up in the Nador morgue is “much higher” than the 27 the organization itself was able to confirm.

“Since last night, access to the Hassani hospital in Nador has been banned for journalists and the area around the morgue is patrolled day and night by the police and aid workers,” AMDH-Nador warned in a statement published on Facebook.

When asked, they were told that only the hospital management, the provincial authorities and the police can give the exact number of deaths.

“The most important thing is that so far no autopsies have been performed on the bodies of the dead migrants. This means that the order to open an investigation has not yet been issued,” AMDH-Nador said.

At least 27 people died as a result of the intervention of Moroccan security forces when more than 2,000 people from sub-Saharan Africa tried to breach the Melilla fence last year, according to NGOs and 23 according to official sources quoted by the official Moroccan press to cross Friday.

More than a hundred people were injured, including dozens of police officers, although only 18 migrants and one police officer were hospitalized and admitted to Hassani Hospital and Oujda University Hospital on Sunday.

AMDH-Nador denounced this Saturday that at least 15 bodies of migrants “lying on the floor and smelling” in the Nador hospital. “Only two employees work there under very difficult conditions. The furniture and floor are stained with the blood of migrants. The morgue is full,” the organization said on Twitter.

Several NGOs helping migrants have already called on the Spanish and Moroccan authorities to investigate the incident. Likewise, they call for legal and safe routes for people who want to emigrate from their countries and get to Europe, and demand that those who managed to cross the border in the autonomous city “are not sent back”.

- Advertisement -
Share
Facebook
Twitter
Pinterest
WhatsApp
Previous articleA judge partially grants a claim by a BBVA employee who requested a workday adjustment
Next articleThe PP launches to reclaim the Valencian Community, Balearic Islands and other fiefdoms, fueled by the Feijóo Effect and the success of 19J