Almost 5,000 Mercedes Vitoria employees today called a strike in defense of the agreement 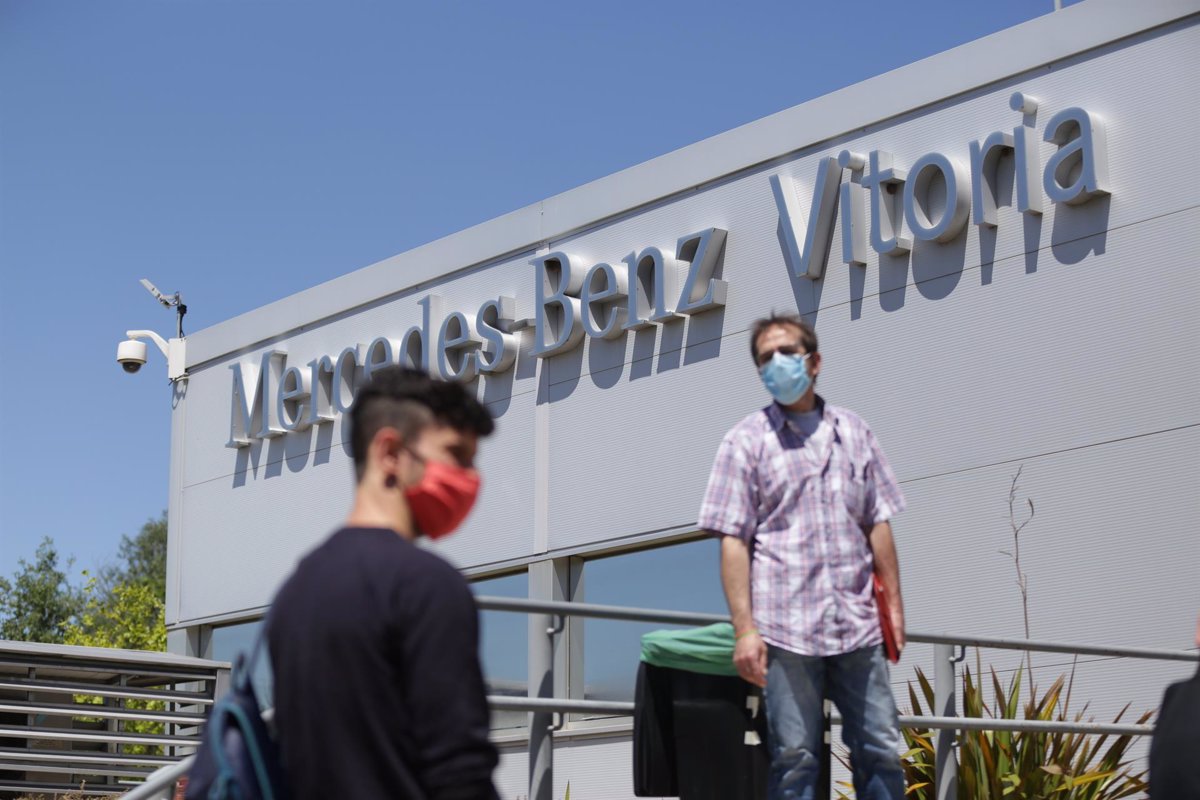 There will be two strike calls, one from CC.OO. and UGT, and another from ELA, LAB and ESK, but all call for a morning march

A total of 4,700 Mercedes-Benz workers in Vitoria will be called out on a strike this Wednesday, which was separately called by CC.OO. and UGT on the one hand and ELA, LAB and ESK on the other hand due to the tariff blockade.

However, consensus was reached on one of the planned mobilizations and all unions have called on workers to take part in a demonstration around the company at 11am today, union sources at Europa Press say.

The strikes stem from the lack of progress in negotiations on the agreement, the last meeting of which was held last Friday, without positions having been addressed with the company and without a new negotiation date, as the company has announced its intention not to convene new meetings during that time there are deadlocks.

This Wednesday’s strike was originally called by CC.OO. and UGT, who have also announced another strike call for the 29th. ELA, LAB and ESK in turn proposed in a meeting to strike from July 27th to July 1st, a proposal supported by the workers, who were also on strike proposed on 22nd, date of planned mobilization by CC.OO. and UGT, and subsequently they called too.

Finally, at least one of the mobilizations planned during today’s strike – an 11am demonstration – will be supported by all unions in order to achieve a demonstration that will bring the entire workforce together.

To this manifestation originally summoned by CC.OO. and UGT, ELA, LAB and ESK decided to join because, according to ELA sources, they understood the need to show a picture of mobilizing the entire workforce.

On the rest of the mobilization acts there was no consensus and from ELA, LAB and ESK, in addition to information posts in the different work shifts, they called a concentration at 10:30 a.m. at the main entrance of the company and at 18:30 a concentration and demonstration at the Plaza de la Virgen Blanca. From the ELA they indicated that they had asked the other unions to join this afternoon mobilization but they indicated that in the end this was not the case.

ELA sources have appealed to the company to continue meeting with workers’ representatives even in the event of strikes, because if you want to reach an agreement “you have to meet”.

As they pointed out, after these strikes there can certainly be some “movement” on the part of the company and it has recalled what are the “black lines that must not be crossed”, especially those of expanding flexibility with a sixth night, no loss of purchasing power, improved relief agreement, not to a “discriminatory” ‘Model V’ for new hires, conclude and specify mobility in the agreement itself and regulate the conditions of the around 500 late workers and agree on weekdays and holidays.

For his part of CC.OO. They have stated that during the strike, together with the UGT, they “openly and without an acronym” made calls for mobilization to give “prominence” to the workforce.

In this sense, he recalled that, in addition to the demonstration this morning, they also proposed to the rest of the unions to take part in the concentration that they called at 6 p.m. in front of the SEA employers, but total unity this act was not possible, although Ekintza and PIM will join the CCOO mobilizations. and UG.

CC.OO., which has indicated that there will also be information strikes throughout the day, regrets that “there is no progress in the negotiations with the company, on the contrary”, of which it has “certainties and not just commitments”. requested “because they have to “close topics” after 18 months.