Almost 2 years after the appearance of tears: What does Princess Delphine think of the Belgian royal family today? 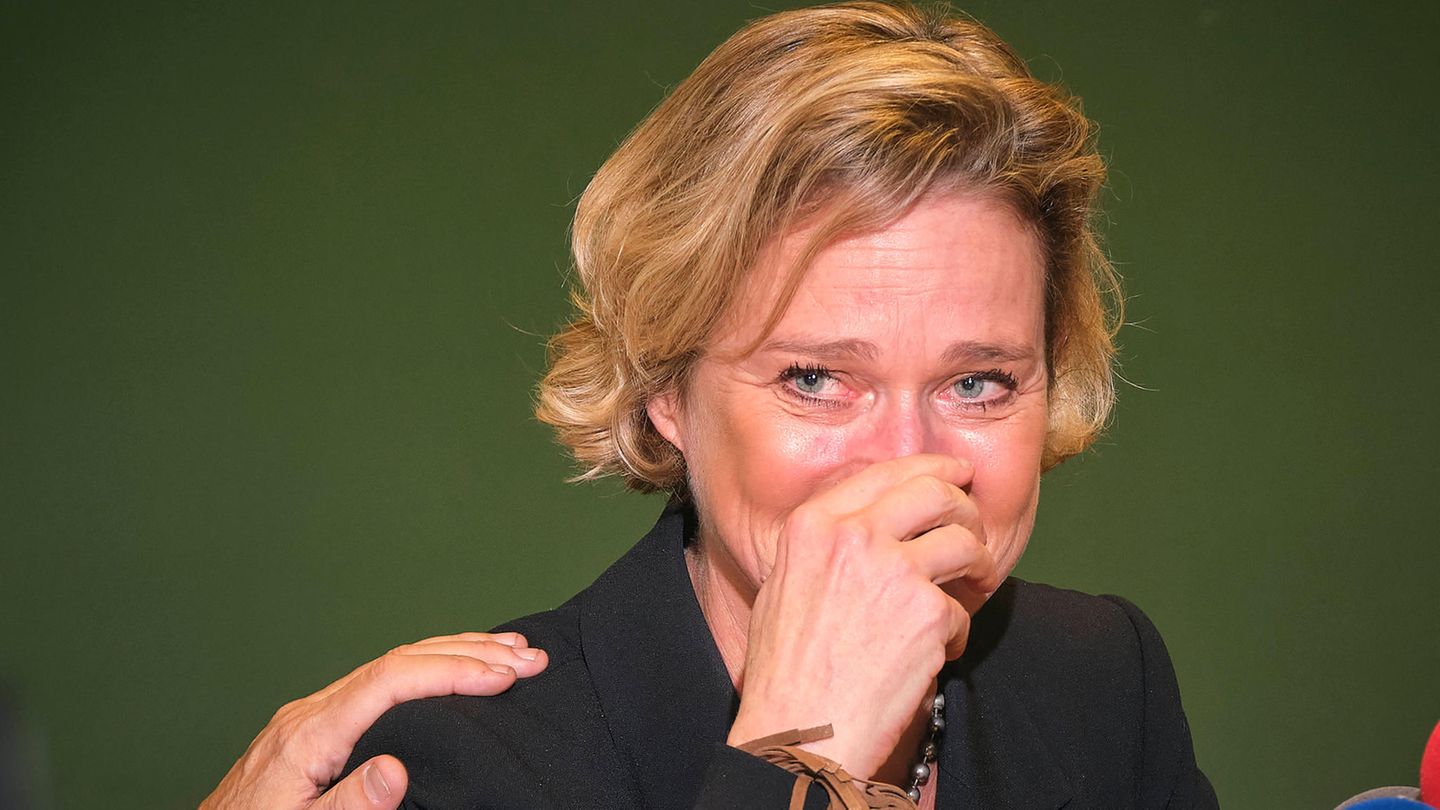 Princess Delphine of Belgium
What does she think of the royal family today?

It has been almost two years since Delphine Boël became Princess of Belgium. On July 21, 2022, she will be allowed to appear for the second time in the National Day military parade with the royal family. But how is his relationship with his new old parents now?

On October 5, 2020, Princess Delphine, 54, touched a number of royal fans with tears during her first press conference. For a long time she did not know that the 88-year-old former King Albert of Belgium was her father, knowing him only as her mother’s kind friend. At 17, Delphine, whose real surname is Boël, discovered her identity, then fought for years in court for the recognition of her title – and won. Since October 2020, Albert’s illegitimate daughter is authorized to be called Royal Highness Princess Delphine of Belgium.

How is her once strained relationship with her biological father now, and has Delphine grown closer to her previously unknown parents?

Princess Delphine of Belgium: Your children now know their cousins

On July 21, Belgian National Day, Princess Delphine will sit alongside the royal family for the second time to watch the military parade. But was she only invited out of courtesy or does she really belong? According to the daily “Het Nieuwsblad”, Delphine also maintains contact with her “new” family in addition to official appointments.

Chris Michel, director of the documentary “Delphine. Mijn verhaal”. (in English: “Delphine. My story.”) says: “When there is a birthday party or a barbecue in the family, Delphine receives an invitation and sees Albert again on occasion. Her companion Jim and their two children are also always invited.His daughter Josephine and his son Oscar now know their cousins.

Delphine “does not seek contact more often” with the royal family

According to “Het Nieuwsblad”, the princess told journalist Emmanuelle Jowa in the fall of 2021 that the family would be “at the beginning of a new family relationship, of a reconstruction”. But the artist also reveals that she “did not seek contact more often”. The reason? Everyone, including Delphine herself, would work hard and not want to suddenly neglect her friends.

Despite years of litigation, Delphine’s contact with former King Albert is “miraculously” good again, which she hardly expected, says Chris Michel, who was allowed to interview the princess for several hours to his documentary.

Former Queen Paola, former King Albert and Princess Delphine (left to right) during a meeting at the Belvedere Palace in Brussels on October 25, 2020.

Problems with these two members of the Belgian royal family?

According to Emmanuelle Jowa, Delphine gets along well with Princess Astrid, 60. She wholeheartedly supports her stepsister. However, half-brother King Philippe, 62, was the first to approach Delphine and welcomed her into the family.

The contact with two members of the family would be less good: the old queen Paola, 84, would have tried to refuse a meeting with Delphine and to avoid any conversation. A source told Het Nieuwsblad: “Paola will of course always see Delphine as the result of her husband’s infidelity, as a reminder of the most painful years of their marriage.”

Princess Delphine and King Philippe meet at the Royal Palace in Brussels on October 9, 2020.

Other sources say Delphine’s relationship with her half-brother Prince Laurent, 58, is also rocky. This would come as a surprise though, as he was the only one who supported her in the fight for title recognition. “It’s not like they were fighting, but Laurent feels like Delphine isn’t on his side anymore,” a source claims. During the trial, she would have distanced herself from Laurent so as not to offend her father’s feelings. “Laurent now feels that Delphine is doing everything she can to be in the good graces of her new family. And he says to himself: Now you don’t need me anymore.”