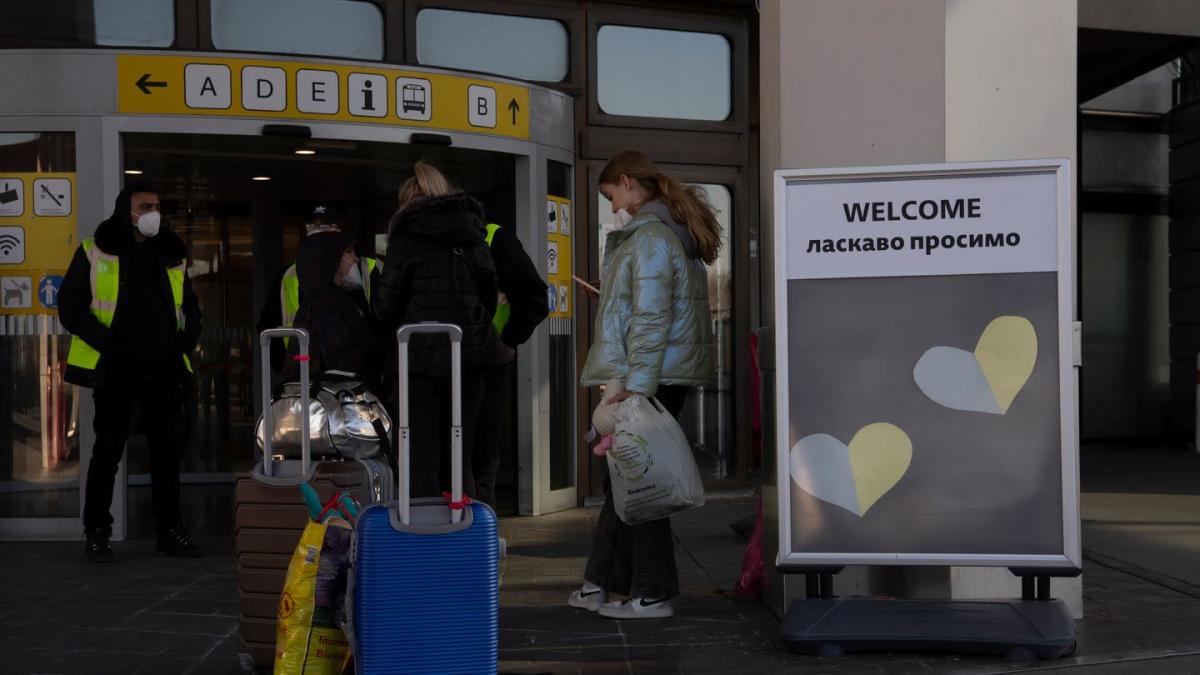 Berlin (dpa) – The number of war refugees from Ukraine continues to rise. According to the Federal Ministry of the Interior, 146,998 people have arrived in Germany from Ukraine since the Russian attack began on February 24.

However, only those refugees identified by the federal police are registered. However, since there are generally no fixed border controls at the EU’s internal borders and Ukrainians can initially enter the country without a visa, the number of war refugees who entered Germany could be significantly higher.

It is also not recorded how many of them can travel from Germany to friends or relatives in other countries.

According to the UN, about 2.7 million Ukrainians have already sought refuge abroad. Most initially stayed in neighboring countries.

In Poland, for example, nearly 1.8 million people have fled to safety. This was announced by the Polish border guard through Twitter. Some 82,100 people crossed the border on Sunday alone, bringing the total to 1.76 million. Here too it is not clear how many people traveled from Poland.

Federal Transport Minister Volker Wissing has called on federal states to create and report free places for refugees from Ukraine. “It’s about expanding the recording capacity as quickly as possible,” said the FDP politician at Deutschlandfunk.

“It is time to get faster and offer greater capabilities. People need care,” Wissing said. It is up to the federal states to ensure adequate reception capacities.

The Greens call for a refugee summit at the Chancellery

Green Party leader Britta Haßelmann insists on a summit to deal with Ukrainian war refugees. “It is now important that the federal, state and local authorities, welfare organizations and aid organizations advise what help and support should be provided for the near future and what needs should be covered,” said Ella Haßelmann of dpa. “In order for the federal, state and local governments to tackle this important task together, a summit at the Federal Chancellery is now needed.”

“Europe is called to support the reception of refugees together and in solidarity.” In Germany, aid organizations, rescue services, THW employees, initiatives, railways, government agencies and civil society would do their best to welcome and support refugees from Ukraine. “The willingness to help is very great. We can be very happy about that.”

According to the Federal Ministry of Health, people who have fled Ukraine can obtain a health insurance card and access to coronavirus tests and vaccinations. He is entitled to medical treatment under the Asylum Seeker Benefits Act, a spokesman in Berlin said.