All about Wizards big man Kristaps Porzingis, with stats and contract info 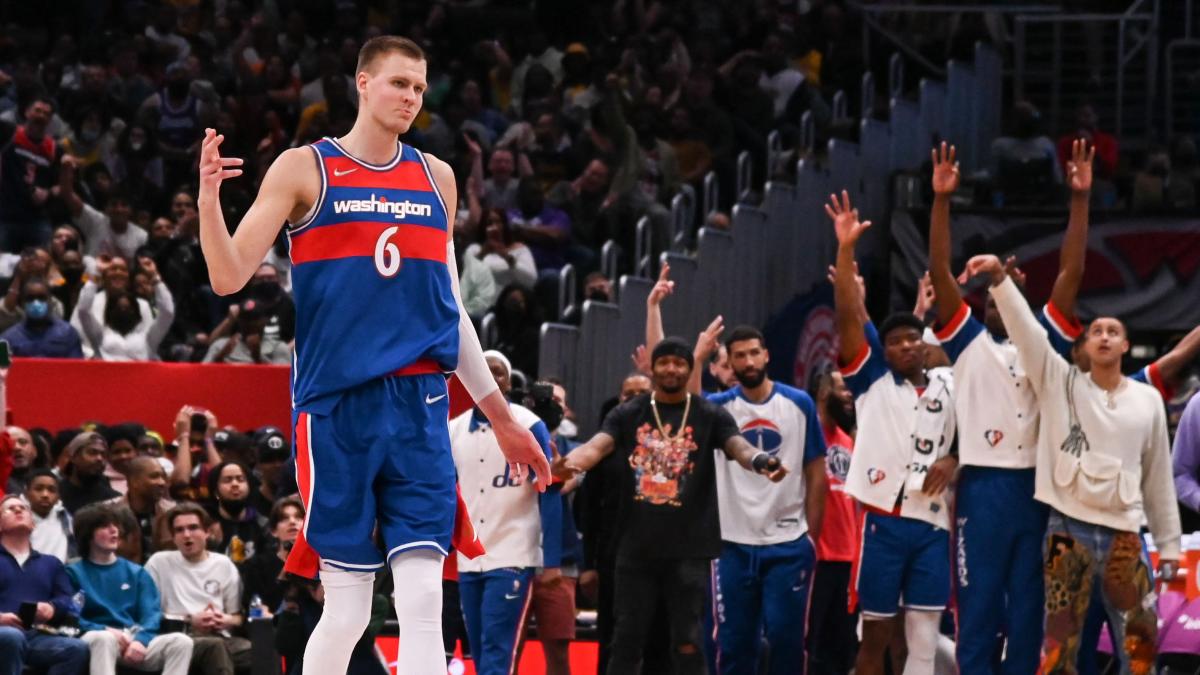 Kristaps Porzingis became the latest former All-Star to be traded to the Wizards after the Mavericks traded him for Spencer Dinwiddie and Davis Bertans at the 2022 NBA trade deadline.

Now in Washington, Porzingis will look to reestablish himself as the cornerstone of the franchise after an injury-plagued finish with the Knicks and a disappointing season with the Mavericks.

What did the Wizards trade for Kristaps Porzingis?

The Mavericks and Wizards agreed to a three-player trade before the 2022 NBA trade deadline. The Mavericks sent Kristaps Porzingis to the Wizards in exchange for Spencer Dinwiddie and Davis Bertans.

What was Kristaps Porzingis’ injury?

Porzingis has battled injuries throughout his career, but the most serious of his injuries came when he tore his ACL in February 2018. He would miss the final months of the 2017-18 campaign and the entire 2018 season. -19.

The Knicks then opted to trade him to Dallas during the 2018-19 season along with Trey Burke, Courtney Lee, and Tim Hardaway Jr. in exchange for DeAndre Jordan, Wesley Matthews, Dennis Smith Jr., and two future first-round picks.

Why is Kristaps Porzingis’ nickname “Unicorn”?

After Kristaps Porzingis took the NBA by storm as a rookie, displaying a rare combination of guard skills at 7-foot-3, Kevin Durant dubbed the big man the “Unicorn” as a way of describing how rare Porzingis was as a player. . .

Porzingis initially disliked the nickname, but has since grown into it to the point where it embraces the way it describes his style of play.