Alhucemas, the lighthouse of the Mediterranean, a real project for the development of rural areas in Morocco 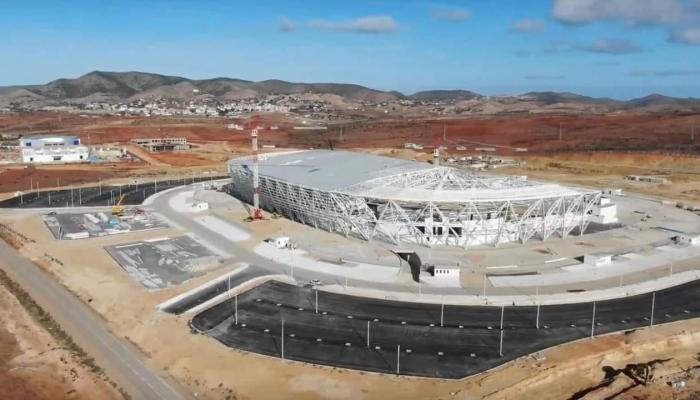 A joint statement between the Al Hoceima region and the Agency for the Renaissance and Development of the Northern Provinces indicated that the projects of the “Al Hoceima Beacon Mediterranean” program, of the 942 scheduled projects that had been scheduled until March 9, had finalized. 925 projects, that is, 98 percent, and only 2 percent of projects remained.

The Moroccan King Mohammed VI inaugurated the works on October 17, 2015 and its works effectively began in 2017.

Within the framework of the collaboration agreement for the territorial planning program of the province of Alhucemas, an amount of 6,500 million dirhams (1 dollar = 9.69 Moroccan dirhams) was allocated, and other sums of money were mobilized, which were allocated by some sectors in the context of downloading a complementary program.

The total budget mobilized for the execution of all the projects programmed under the Al Hoceima Manarat Al Mossoud development program amounted to 7.2 billion dirhams.

The remaining 17 projects, the statement adds, are in the last stages before delivery and are expected to be completed by the end of June 2022, noting that these projects, which are currently in the final stages of works, require “precision in completion in order to meet technical and technical standards. “International”, especially the large stadium, the Olympic pool, the covered room and the Mediterranean Center of the Sea.

The same source added that these projects, in addition to the regional hospital center, despite the precision they require in implementation and the dependence on some imported materials and despite the Corona pandemic, “the completion work has not stopped and is moving forward according to the schedule set for them, and their work will be completed on time.”

It should be noted that the Northern Territories Reclamation and Development Agency has implemented 559 projects under this program, of which 552 have been completed, or 99 percent.

The remaining seven projects are in an advanced stage of construction, such as the Great Stadium, the Mediterranean Center of the Sea, and another five projects that were not scheduled with the launch of the “Alhucemas Manarat al-Medoud” program, but which were added through the aforementioned complementary program, provided that these remaining projects are completed before the end of June 2022.

As for the completed projects, the Northern Territories Revival and Development Agency handed them over to the relevant sectors for management or transfer to local management bodies as well.

The province of Alhucemas and the Agency for the Reactivation and Development of the Northern Provinces confirmed that, thus, “Alhucemas Faro del Mediterráneo” had fulfilled all the operations assigned to it, and had responded to the aspirations of the population in terms of to the aforementioned sectors.

He stressed that the merit of the completion of these projects, on time and in accordance with the comprehensive perspective of the agreement signed under the watch of King Mohammed VI, is due to the concerted efforts of all those involved in this important program, in addition to the vigilance of the Supervision and Monitoring Committee, which worked from the outset to form the real estate cell that would ensure the mobilization of the real estate required by these projects in accordance with current laws.

They recorded that despite the real estate peculiarities of the province of Alhucemas, which are represented in the fragmentation of the property and the lack of conservation of the real estate and the absence of private land from the State, this cell managed to mobilize more than 200 hectares for the execution of these projects.

The statement concluded that the “Al Hoceima Beacon Mediterranean” program was able to achieve its objectives of contributing to creating job opportunities, valuing the qualifications of the region, improving its economic, social and cultural attractiveness, as well as the quality of life, to bring a greater number of investments for the benefit of the local population due to the geo-economic location of Alhucemas between the Mediterranean port of Tangier and the port of Tangier Nador, western Mediterranean.

- Advertisement -
Share
Facebook
Twitter
Pinterest
WhatsApp
Previous articleRenowned vocal coach Barbara Maier Gustern dies after being pushed to the ground in an ‘unprovoked’ attack in New York
Next articleThe Ibex 35 saves the session, maintains 8,200 points and falls in the rest of Europe