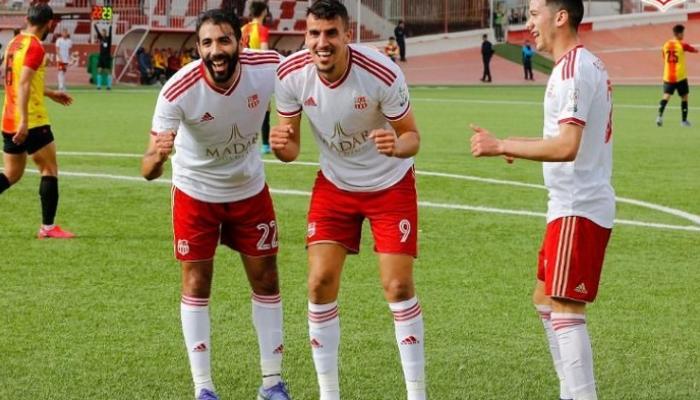 Karim Aribi led the youngsters from Belouizdad to a great victory over their host Nasr Hussein Dey, 5-3, in the match between them (Sunday) in round 23 of the Algerian League.

Oqba Bakouche opened the scoring for the landlord after a quarter of an hour from kick-off, but Champion Belouizdad equalized through Khair El-Din Marzouki 5 minutes before the break, before Murad Bin Ayyad handed the lead back to Nasr Hussein Dey in the second minute of the calculated time instead of the first time. .

Shabab Belouizdad waited until the 64th minute to equalize through Khaled Bousilo’s substitute, before Karim Aribi scored 3 goals in 11 minutes, the first 13 minutes to go, specifically in the 77th, then two goals in the 85th minute and 88, while Ben Ayyad added Nasr Hussein Dey’s third goal in added time rather than lost.

CR Belouizdad raised its score to 48 points after 21 games at the top of the Algerian league table, 8 points ahead of second-placed Mouloudia Algiers, who played 22 games, while Nasr Hussein Dey remained in the relegation zone in ranked 16th with 18 points from 23 games.