Alexia Putellas: “I think men’s football is a bubble that’s about to burst” 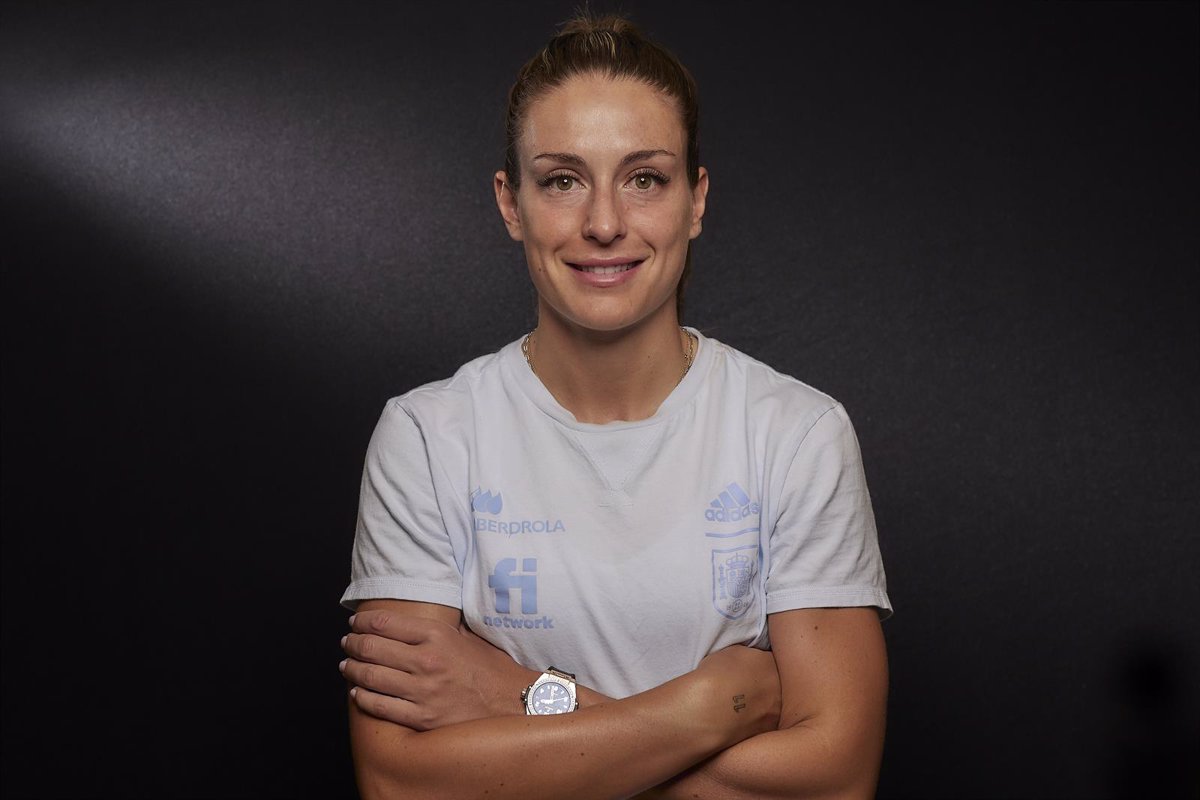 FC Barcelona’s Spain international Alexia Putellas, who is the best player in the world in 2021 and will contest the European Championships in England in July, does not believe that women’s football “will ever reach the conditions” that are handled in men’s football “because for her: “It’s a bubble that’s about to burst.”

“I don’t think the conditions that are handled in men’s football will ever be reached because for me it’s a bubble that will burst. But we’ve heard for many years that it wasn’t created and now that it is .” is another argument that we quashed,” the footballer explained in statements to ‘Vogue Spain’, which collects Europa Press.

Alexia Putellas also spoke about the bright times that Spanish women’s football is enjoying after winning the Ballon d’Or and FIFA The Best Award in 2021, with four Spaniards among the five nominees. “The important thing is that with all this Ballon d’Or, but also with the ‘champion’ that we won with Barça, we have had some seasons where very, very important achievements have been made for our sport,” he explained .

According to the player, “it takes us years now.” “It’s a problem that has to do with the fact that women weren’t considered professional athletes until relatively recently. We need time to work: the better the preparation, more studies and improvements we have around us, the better we will give and we will be better prepared. Logically, the key here is the bet or the investment of institutions that believe in it and that they see it as something professional, as was the case with the guys,” he concluded.

Regarding this professionalization process that women’s football is going through in Spain, international player Irene Paredes, one of the three captains of Jorge Vilda’s team, assesses the progress positively. “I’m going to be 30 years old. Almost 20 years ago I lived in Legazpi, a small town in Guipúzcoa. There was only one team there. That we’re someone they notice is a very nice thing,” he said.

“In the end, the lack of resources often comes from living in a macho society. It’s true that a lot of progress has been made, but it’s still changing and in the end, those who don’t have the same resources are given simply by being a woman,” assured the Barcelona footballer.

An important step was taken on June 14th when the percentage of bonuses received by the players of the men’s and women’s teams in Spain was equalized, which according to Irene Paredes was not easy, but it is a great achievement.

“The negotiation process has been long and as players we have found it difficult, but reaching an agreement of this magnitude reinforces the idea and the association’s commitment with the women’s team and particularly with the senior players,” she said.

MAPI LEÓN: “MANY LGTBI SPECIALISTS ARE STILL MISSING IN SPORT”

Another national team player, defender Mapi León, spoke about the importance of the Spain women’s team in normalizing the presence of members of the LGTBI community. “There are still a lot of role models missing in sport. I think maybe it has to do with the fear of being singled out, the fear of criticism, or the fear of just not accepting yourself,” he said.

“It’s also true that in our case, at a media level, we’ve never had that kind of impact that the guys are experiencing, so I’ve never worried about what they’re going to say or if I might lose campaigns or sponsorship. That works in our favour: we had nothing like never before, we have nothing to lose,” confirmed Mapi León.

Now the Spanish team faces the big challenge of Euro 2022, where Jorge Vilda’s players are among the teams eligible for the title.

“We suffered a lot less and we hope that those who come will have even fewer obstacles. A lot of the veterans fought to get us here now,” says Amaiur Sarriegi, the Real Sociedad player who made the final list was deleted 23 players who will be in England.