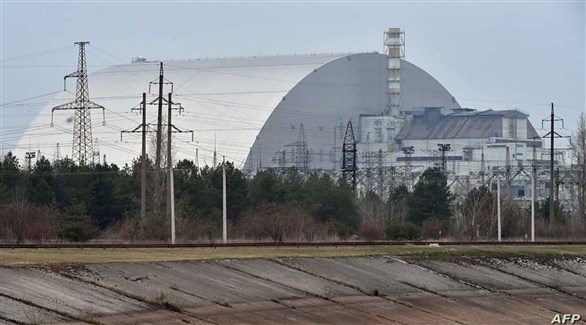 The International Atomic Energy Agency expressed concern on Thursday after Ukraine warned that Russian forces were shelling a town where technicians working at the Chernobyl nuclear plant lived.

The United Nations agency said in a statement that Ukraine had informed it that Russian forces were shelling Ukrainian checkpoints in the town of Slavutych, where many workers from the nearby Chernobyl nuclear power plant live, which could put them at risk.

“The accident came a few days after technical staff at the Chernobyl plant were finally able to take turns and go home to Slavutich to take a break after working for about four continuous weeks,” said Rafael Grossi, director of the IAEA. .

Russian forces took control of Chernobyl on February 24, but a team of about 100 Ukrainian technicians continued their work at the nuclear facility, and the UN agency noted wildfires around the facility, which witnessed the worst nuclear disaster ever. of history in 1986.

According to the Ukrainian authorities, these fires do not pose “any major radiological concern”, a view shared by the International Atomic Energy Agency.

Since the beginning of the Russian military offensive, the head of the International Atomic Energy Agency has repeatedly warned about the dangers of the first such war in a country with 15 nuclear reactors, in addition to Chernobyl.

Grossi reiterated this week his willingness to send equipment and personnel to ensure the safety of the facilities and “prevent a serious nuclear accident,” criticizing that no agreement has yet been reached with Moscow and kyiv despite great efforts.

“The Russian attack threatens the security of nuclear sites in Ukraine, and Russia’s military activities create serious risks to the population and the environment, with potentially catastrophic consequences,” a G7 statement warned on Thursday.

- Advertisement -
Share
Facebook
Twitter
Pinterest
WhatsApp
Previous articleBridgerton season 2 review: If it’s corset, then this
Next articleThe bears are loose! If you have this stock in your portfolio, you should be on your guard now