Alejandro Blanco: “Lambán wanted the candidacy to be a fight for constitutional rights and independence” 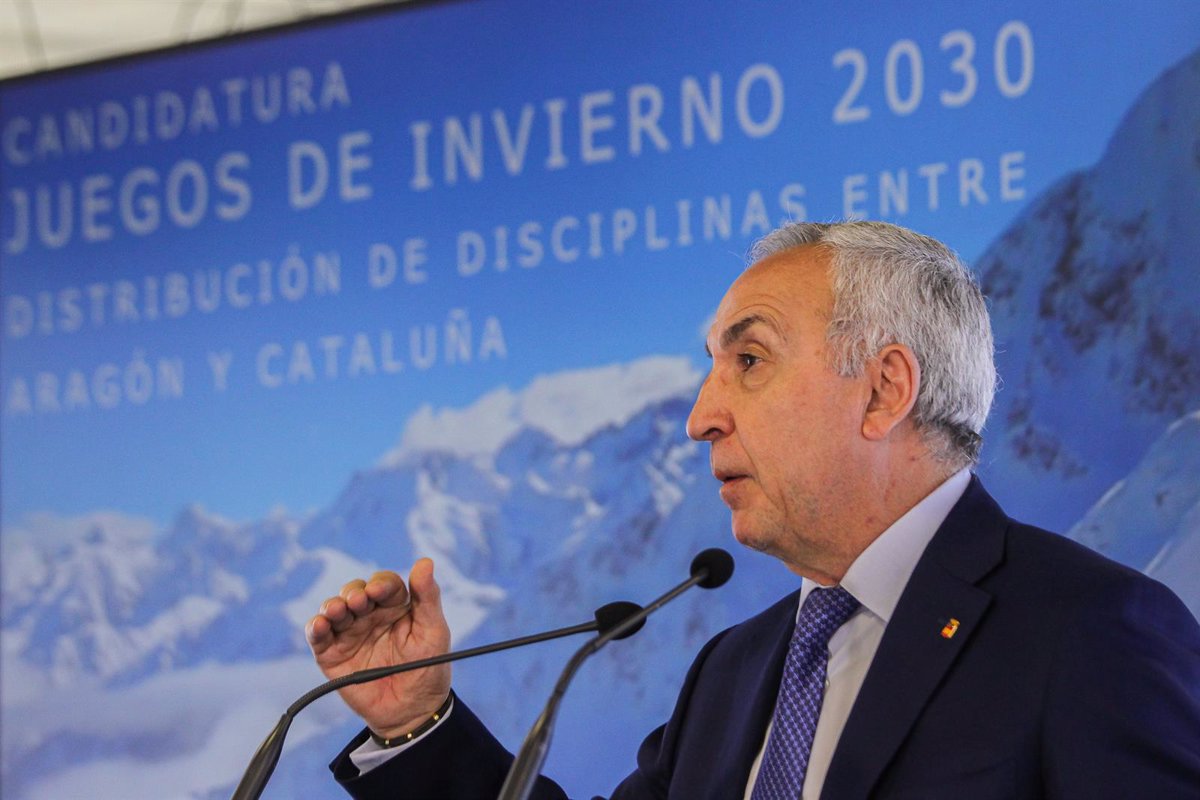 “More than failure, it’s disappointment, but I have a very clear conscience,” the COE president said of the frustrated 2030 project

The President of the Spanish Olympic Committee (COE), Alejandro Blanco, admitted this Wednesday that he was “disappointed” after announcing that he would not submit a candidacy for the 2030 Winter Games and lamented that the President of Aragon , Javier Lambán, “pretended” that the proposal was a struggle between “constitutionalism and independence”, which he described as “barbaric”.

“I believe that there is more to disappointment than failure. Great work has been done, many hours have been put into the service of the project, many illusions and many dreams, and when you work hard, the word failure does not enter my mentality, but disappointment does,” said Alejandro Blanco in an interview with Europa Press.

According to the president of the COE, the agreement between the four parties involved to carry out the candidacy (central government, COE, Catalonia and Aragon) “becomes complicated” when “politics come into play”. “In the end someone (Lambán) tried to present this candidacy as a struggle between constitutionalists and independents, which is outrageous,” he lamented.

“I’m talking about the President of the Government of Aragon, Javier Lambán, everyone has to take their responsibilities. Not all are good, some of us are right and some of us are wrong. When we defined all the differences with the term constitutionalist independents, we left the plan,” said Blanco, who admitted that the political meetings “should have focused on the sports project that creates jobs and regenerates the territory” in order to “promote the candidacy to prevent “from being broken.”

Thus, Blanco claimed to be aware that “a great opportunity has been missed”, although he emphasized that “an issue unrelated to sport has been brought to the table”. “What every political leader needs to understand is that we are talking about sport and Olympism, or we are going to the values ​​of Olympism, or there is nothing to be done and the candidacy is broken, that is the great lesson of what happened ‘ he explained.

“If we come here, it is to add, not to make distinctions. In sport nobody talks about constitutionalism or independence, we talk about sport, values ​​and the image of Spain, we don’t highlight realities that are in another world, not in sport,” proclaimed.

“LET’S TALK ABOUT SPORT AND THE IMAGE OF SPAIN”

However, he explained that Javier Lambán was not the only culprit. “Anyone who accepts their responsibility and is aware of what their decisions have caused. From then on, everyone assumes what they want, what I say is what happened,” he stressed. “Each of us knows what he said and what the other said. I don’t attack anyone. That should give us food for thought,” he insisted.

This Tuesday, Blanco announced at a press conference that the COE would eventually not present a joint candidacy for the 2030 Winter Olympics, as “there was no agreement” between the governments of Aragon and Catalonia, and regretted that the project did not have a “route” , to take it into the political arena.

“The most important thing in life, whether you agree with it or not, is to look you in the face so that nobody can tell you that you lied. In all interventions, I tell the truth. The technical commission is the one who does that has approved the distribution , but in this particular case, with very good criteria, it was the technicians of Aragon who presented the distribution. Accept the reality, “he said of the position of President of Aragon.

Blanco said that “the easy thing” for Lambán is “to say they don’t pay attention to me, they have more offices…” and we have to be responsible for the consequences,” he said.

“I haven’t spoken to Lambán. We’ll talk shortly. I have a very clear conscience, I know what I said and did, I know the importance of all actions.” If anyone wants to talk to me, I have no problem,” he stressed, referring to his current relationship with the President of Aragon.

‘THIS CANDIDATE WAS LIKE BARCELONA 92, IT WOULD GIVE US A MOMENTUM’

Blanco saw this project as a way to “walk hand in hand with everyone”, with “a meaning that is not only internal but very important to the world”. “In the case of Catalonia with Spain, another example was given that sport can be one of the best factors for dialogue and understanding,” he commented, lamenting that the “internal debate” had “affected Spain’s image”. “We can’t present anything to the outside world if we haven’t agreed and assured it in Spain,” he stressed.

“Sportwise this candidacy was like Barcelona ’92. There are young people with future prospects, it would give them a big boost to increase the base and create a medium and long term talent program and make it happen.” Winter sports on the same level as summer sports,” he asserted resignedly.

Because of this, he reported that although Catalonia submitted a solo project to the COE “at a certain point in time”, “it was never” sent to the IOC because the Blanco-led panel appreciated that, including the entire Pyrenees and with Aragon would die Enable creation of a proposal “with more chance of success”. “If Catalonia wants to go alone tomorrow, today or the day after, as any region with a mountain decides, the IOC must support it,” he stressed, without closing the door on a future candidacy.

Finally, Blanco raised the option of Madrid hosting the games, insisting that he had “never” been “reluctant” to that possibility, although he recalled that it was necessary “to go hand in hand with the IOC”. . “I’ve spoken to the mayor many times, we’ll speak to the IOC and when he says it’s time we’ll move on. Now we take care of winter sports,” he said, admitting that organizing the Games in Spain is “the big challenge as a country”. “Hopefully we can see some winter and summer games in Spain,” he said.

Dolby Atmos: Here’s how the technology works and what it needs