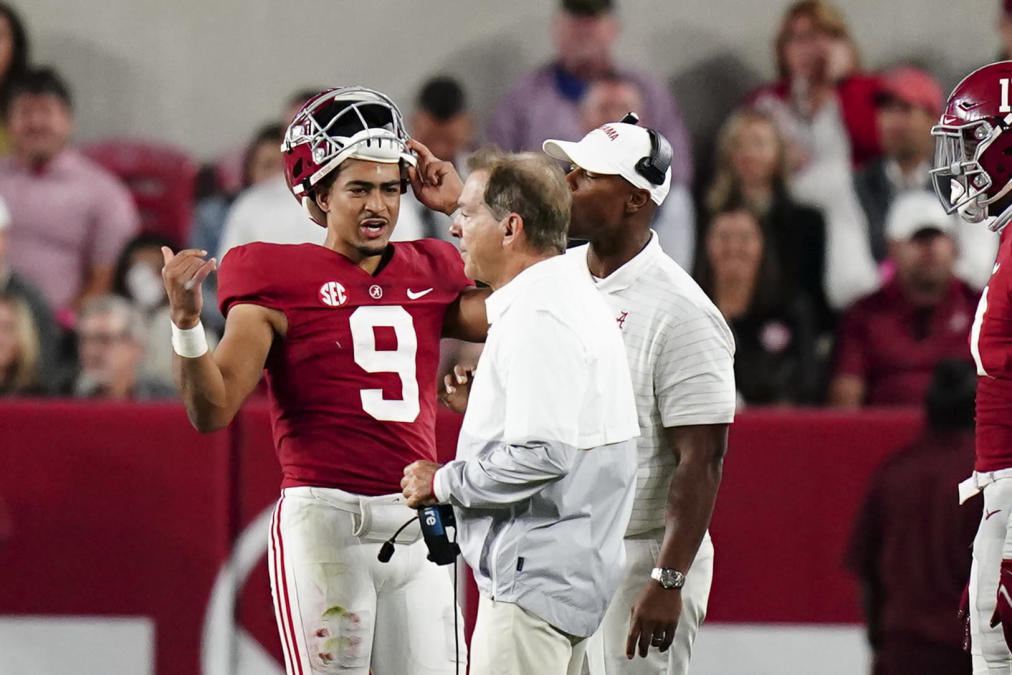 All eyes are on the top quarterback in the 2023 class, Arch Manning, but state prospect Christopher Vizzina is still waiting for an offer from Alabama.

Birmingham’s four-star quarterback has been revving up lately with a recent offer from the Ohio State Buckeyes. He also has an offer from the other half of the Iron Bowl, Auburn. Still, Vizzina wants to see Tuscaloosa and talks a lot with Freddie Roach.

“I haven’t been offered yet,” Vizzina said. “Almost everyone else has but them. I talk to Coach (Freddie) Roach all the time. I’m not quite sure where his interest level is right now. I know they’re high on Arch Manning (2023 QB prospect). I’m not sure where I fit on the board for him. But I would love to pay a visit there and see what they have to say.”

It could be a domino effect for the best quarterback in the state of Alabama. Once the move is clear for Arch Manning, we could see a late push for Vizzina. The Alabama Crimson Tide is pushing for the No. 1 quarterback in the class of 2023, but they have stiff competition.

Along with Alabama, the Ole Miss Rebels, the Georgia Bulldogs and the Texas Longhorns are in the running. More recently, the LSU Tigers and Florida Gators have joined the mix with their new staff led by Brian Kelly and Billy Napier.

For now, it could be a wait-and-see approach for Christopher Vizzina.

Every QB Alabama has featured in the recruiting class of 2023

Let us know your thoughts, comment on this story below. Join the conversation today!