Al-Zeyoudi to “Al-Ain News”: announcing the free trade agreement between the United Arab Emirates and Israel this week (video) 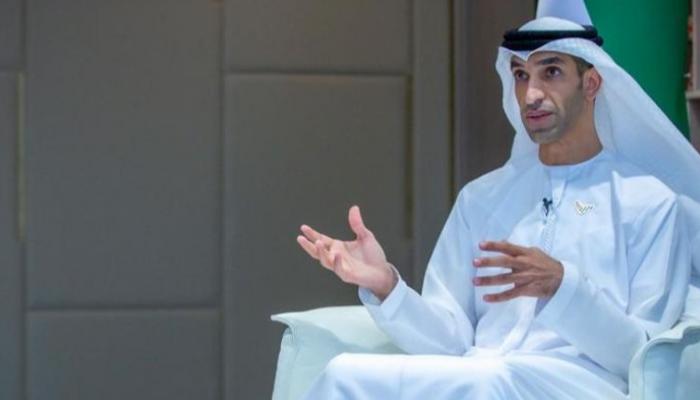 Dr. Thani bin Ahmed Al Zeyoudi, Minister of State for Foreign Trade of the United Arab Emirates, confirmed that the completion of the free trade agreement with Israel will be announced before the end of this week.

On March 9, the UAE’s ambassador to Israel, Muhammad Mahmoud Al Khaja, said that the two countries hope to conclude the comprehensive economic partnership agreement before the end of this month.

Al Khaja said, in a tweet, through his account on the social networking site “Twitter”: “After India and Indonesia, the United Arab Emirates and Israel hope to conclude the Comprehensive Economic Partnership Agreement (CEPA) before the end of the The UAE is still confident that CEPA with Israel will act as a catalyst for further economic prosperity.”

Al-Zeyoudi added, in exclusive statements to “Al-Ain News”, that during the “Invetopia” investment summit, all the details of the comprehensive economic partnership agreement with India, which was signed more than a month ago, were revealed.

The comprehensive partnership agreement signed with India on February 18 is the first such agreement signed by the UAE under the global economic agreement program under the umbrella of the 50 projects, reflecting the strength of historical relations with India as one of the most important and long-standing allies and trading partners of the Emirates.

Al Zeyoudi added, during the Investopía Investment Summit at Expo 2020 in Dubai, that the Investopía Investment Summit focuses on various strategic files, in particular, the prospects and directions of global investments until 2025, the files of the development of the supply chain and its impact on the arrival of goods and services to various countries of the world, and the future sectors of the economy, and the transformation processes of these sectors, such as the digital economy, electronic games and the trend current reconfiguration of globalization.

Al Zeyoudi stressed that the UAE is committed to supporting the foresight and industry of the future and the development of a system capable of attracting pioneers, innovators and investors.

The first session of the Invetopia Investment Summit will discuss, on Monday, the transformations of the global geoeconomic scenario and its repercussions on investment trends in the world, within 20 dialogue sessions and workshops with the broad participation of senior officials, decision makers, thought pioneers, specialists, investors and elite officials from international organizations from around the world. It is part of the agenda of the World Government Summit 2022, which was launched by the UAE government in September 2021.

The work of the Invetopia Investment Summit focuses on strategic files, among which are the perspectives and trends of global investments until 2025, the successive developments of new technologies and their effects on the trends and decisions of investors, investment in space, technology agriculture, food safety, health and preventative care technology, and the current trend of reshaping globalization.

More than 50 opinion leaders and agents of change in the world, 300 decision makers in governments, investors, private sector entrepreneurs, experts, specialists and academics, meet at Invetopia Summit to launch 100 innovative ideas and new business opportunities in the world, the region and the United Arab Emirates.

The Invetopia Summit is one of the most prominent strategic projects announced by the UAE government within the first package of 50 projects last September. It will enhance the flow of incoming investment to the UAE in new and future sectors, worth up to Dh550 billion by 2030 and Dh1 trillion by 2050.

While the 2022 World Government Summit is the unifying platform for more than 30 global organizations, in its extraordinary edition this year, it will host more than 4,000 participants from senior government officials, experts and private sector leaders, to explore the future of the governments. in more than 110 main dialogue and interactive sessions, in which more than 500 decision makers, opinion leaders and professionals from various vital sectors will participate.