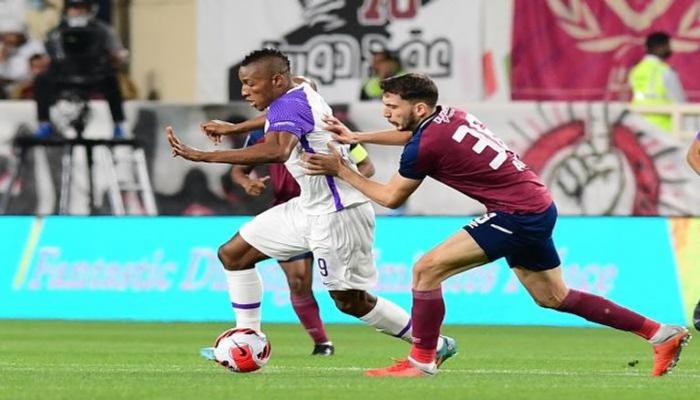 The board of directors of Al Wahda Club closed the curtain on the events that occurred during Al Ain’s match in the United Arab Emirates League Classic earlier this week.

Al Ain defeated Al Wahda 1-0, last Saturday, at Al Wahda Club’s Al Nahyan stadium, in matchday 19 of the ADNOC UAE Professional League, but the match witnessed some discussions after its completion, which led to the imposition of penalties to some players of both teams.

Al Wahda Football Company said in an official statement on Thursday that it had decided to withdraw the complaint filed against Al Ain and some of the team’s players, following the events of the El Clasico match, in order to prioritize the public interest and to highlight the fraternal ties and the deep relationships that unite the two clubs.

The management of Al Wahda Company expressed its regret for the actions and individual emotions of the fans and players of both teams, underlining the rejection of all behaviors and appearances that contradict the sportsmanship that occurred that night.

The statement emphasized that: “Al Wahda Club wishes to remedy the congested situation on social media platforms and preserve the Clasico profits and positive sporting atmosphere away from objectionable behavior and appearance.

The Disciplinary Committee of the United Arab Emirates Football Association imposed sanctions on the Al Wahda and Al Ain teams, issuing a warning sanction to the last players, Sufian Rahimi, Khaled Issa and Nasser Al Shukaili, and fining each player with 25,000 dirhams for not showing sportsmanship.

The Disciplinary Committee also sanctioned Al Wahda club player Ismail Matar with a two-game suspension and a Dh200,000 fine for assaulting the opposing team’s player without the ball.

The committee also decided to sanction the Al-Ain club player, Eric Jurgens, with a three-match suspension and a Dh150,000 fine for assaulting one of the auxiliary elements on the field, “a security person”.

The committee also prevented the physical trainer of Al Ain Club, Jesús Otaola, from accompanying the team for 4 games, and imposed a fine of 75,000 dirhams, for his involvement with the aforementioned player and his aggression against the Al Wahda club fans, and the attempt to attack the technician. club staff.

The committee also sanctioned the Al Wahda and Al Ain clubs playing 4 games in their stadium without an audience in the ADNOC Professional League competition, because some of their fans exchanged throwing liquid containers and throwing them on the field, deviating from sportsmanship, going to the field and uttering inappropriate words.

It should be noted that Al Ain’s victory over Al Wahda in the Clásico allowed them to lead the Emirates League with 46 points, 7 points behind Al Wahda.