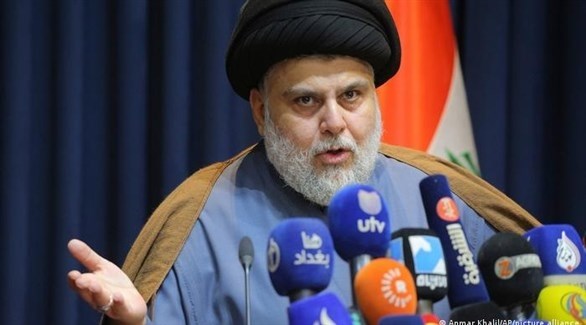 Iraqi Shi’ite leader Muqtada al-Sadr on Monday called on political and independent forces to abandon the neck of the consensus and move to the majority space in the formation of the new Iraqi government.

He added: “There is a class of independent representatives who love their homeland and who are aware of the reasons for the decline and decline of Iraq to this terrifying and alarming degree,” noting that “consensus governments did not benefit Iraq or the Iraqis, but rather damages it year after year.

Al-Sadr called on the independent deputies to take a “pause of glory, honor and dignity to save the country and rid it of the remnants of corruption, terrorism and occupation through their support for the parliamentary session in which the President will be voted on.” of the Republic takes place and not obstruct it with the blocking of third parties, which is the product of intimidation and seduction.”

The Iraqi parliament is expected to hold a session next Saturday to elect a new president of the country in the context of the results of the parliamentary elections that took place in the country on October 10 (October).

The tripartite alliance, which includes more than 173 seats in parliament for the Sadrist bloc led by Muqtada al-Sadr, the Sovereignty (Sunnah) bloc led by Muhammad al-Halbousi and the Kurdistan Democratic Party led by Massoud Barzani, remains committed to forming a national majority government, while the Shia Coordination Framework calls for the formation of a consensus government that participates in Where Everyone Is.

The independent forces in Parliament, which includes 50 deputies, constitute a center of polarization of the forces that compete to form a government, and continue to adhere to the option of the opposition and do not participate in the authorities and executive positions.