Al-Nasr is champion of the Athletics Vice President’s Cup 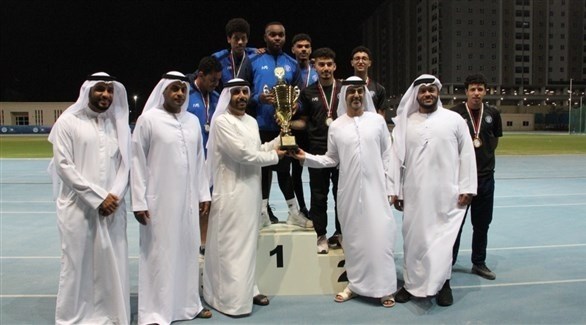 Al-Nasr Athletics Team won the Vice President’s Cup for Athletics, in the championship organized by the Athletics Federation for two days at the Dubai Club for People of Determination, after taking the lead in this category with 12 various medals (7 gold, 3 silver and 2 bronze/, while Al Wasl Club came second with 10 medals (7 gold and 3 bronze), and Sharjah came third with 11 medals (3 gold, 5 silver and 3 bronze). bronze).

The tournament was held within the efforts of the Athletics Federation to promote technical development and promote the “mother of the games” through various competitions that witnessed a great response in the past period from private clubs. and academies.

Al-Nasr players managed to take the lead in all age groups in the championship, which included track and field, vault, vault and throwing competitions, which were spread over two consecutive days at the Dubai Club for People of Determination.

In the youth category, the Al-Nasr team also topped the ranking, achieving first position with 11 medals (10 gold and one silver), while the Al-Ahly youth team came second with 4 medals (two from gold and two silver), and the Sharjah team came third with 6 medals / 2 gold, one silver and 3 bronze. In the junior category, Al-Nasr also maintained its leadership in this category, after its players won 8 different medals (4 gold, 2 silver and 2 bronze), and the Sharjah team came in second place with a total of 5 medals (3 gold and 2 silver), then Al Hamriya came third with a total of 7 medals, 2 gold, 3 silver and 2 bronze.

Rashid Nasser Al Ali, director of the Vice President Athletics Championships and member of the Federation’s Board of Directors, stressed that the good technical levels and numbers achieved in the tournament represent good signs for the next stage in light of the continuous efforts to improve the growth. of the game, adding that efforts by the Board of Directors of the Federation continue to organize my championships The President of the State and the Cup “Mother of the Emirates” before the end of the current season.

Al Ali pointed out that the strong competition between clubs and the emergence of young talents in the game is one of the good things that bodes well for the sport of the mother of the games, while praising the great efforts made by the committees. of work. , and the constructive and positive cooperation of the officials of the Dubai Club for People of Determination in providing the right atmosphere to host the Championship and support its success.

- Advertisement -
Share
Facebook
Twitter
Pinterest
WhatsApp
Previous article2G/3G, mandatory masks, maximum limits for participants: countries want to extend stricter coronavirus rules again until May
Next article🎓 What you should know about the XGLI cryptocurrency and its innovative project