Al-Kabeer Ui, Part VI.. Makki surprises his fans with “The Squid Game” in response to “The Squid” 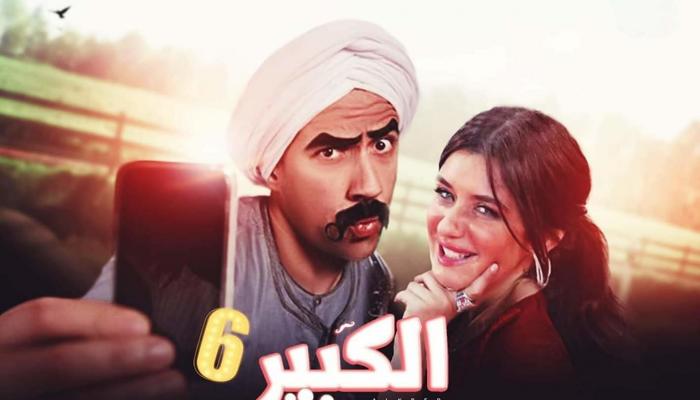 The series also found unprecedented audience interaction as soon as it was released on one of the Egyptian channels, which will air the series exclusively during the holy month of Ramadan for the entire holy month.

The promo for the sixth part, which is scheduled to be shown in the 2022 Ramadan season, showed the appearance of Al-Kabeer’s character Johnny and Hazalqoum, who appeared in the previous parts of the series.

During the promotion of the new series, Makki made fun of the famous Korean series “The Squid Game”, which had a great success among fans during its presentation on the Netflix platform and was followed by millions of viewers around the world, with a comic cast. as he called it “The Squid Game”, and said: “Winners win”. …and the loser loses…the hungry eat…and the thirsty drink.”

The absence of Donia Samir Ghanem

The promo for the series showed the absence of the artist, Donia Samir Ghanem, from the events of the series, in which she appeared with Makki during the previous years.

The great artist Ahmed Makki, the artist Bayoumi Fouad, the artist Hisham Ismail, Mohamed Salam, Hussein Hajjaj and other drama stars star in the sixth part of the series.

It is noteworthy that the Al-Kabeer Aoy series will return to the Ramadan run this season, after an absence of 5 full years, but it was etched in the memory of the masses after the great successes achieved by the series in its previous five parts. . .

The artist Ahmed Makki occupies a large audience, and his series and films do not have great successes, either at the level of television dramas or cinematographic works.