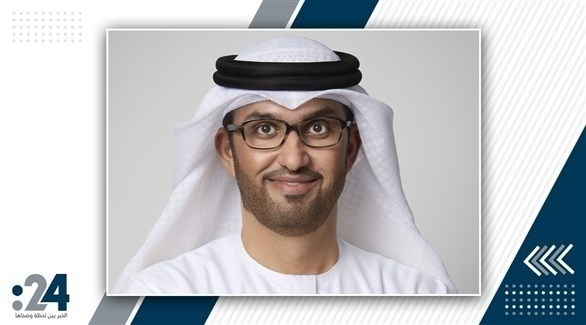 The Minister of Industry and Advanced Technology, and UAE Special Envoy in charge of climate change, Dr. Sultan Al Jaber, in the presence of the country’s ambassador to modern Morocco, Saeed Al Dhaheri, met with Moroccan Prime Minister Aziz Akhannouch.


At the beginning of the meeting, Sultan Al Jaber conveyed greetings from the UAE leaders, government and people to the Kingdom of Morocco, the leadership, the government and the people. The discussion also touched on ways to strengthen bilateral relations between the two countries. opportunities for investment and joint cooperation in areas that would strengthen the close historical and fraternal relations between the two countries.

During the meeting, he stressed that the directives of the wise leadership in the UAE are to explore opportunities for cooperation and joint investment in vital areas, including traditional and renewable energy, industry, minerals, infrastructure, communications, tourism, real estate, agriculture, services and other promising fields that contribute to achieving sustainable economic growth.

This took place on the sidelines of Sultan Al Jaber’s participation in the 15th session of the Energy Conference in Rabat, under the patronage of King Mohammed VI of Morocco, in which the UAE participated, as the guest of honour.

Al-Jaber met with various Moroccan ministers and officials and held a meeting with the Minister of Foreign Affairs, African Cooperation and Moroccans Living Abroad, Nasser Bourita, and discussed regional and global issues of common interest. coordination and consultation between the two countries on these files in light of recent international events.

He also held another meeting with the Moroccan Minister of Industry and Trade, Riyad Mazour, on enhancing cooperation in the industrial sector and advanced industries. In the meeting, Al Jaber highlighted the importance of cooperation in these areas, which he would support economic sustainability and social growth.

- Advertisement -
Share
Facebook
Twitter
Pinterest
WhatsApp
Previous articlePresidential elections in France: television electoral campaign in the shadow of the war in Ukraine
Next articleWith video and photos.. Kazem El-Saher, “The handsome grandfather”, shares his singing with his two granddaughters