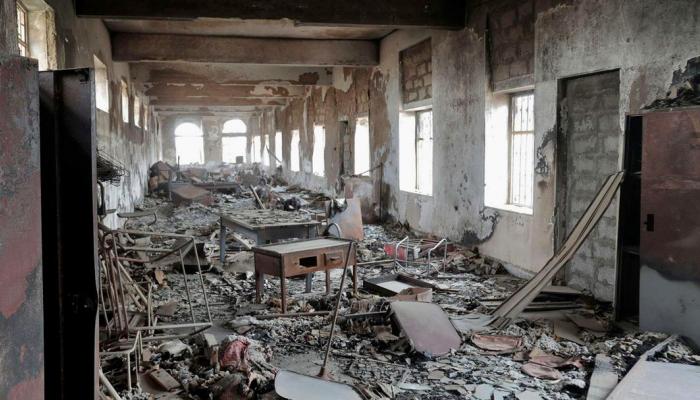 The Houthi militia, with the legal protection of civilian property, has launched a mural display, while continuing its indiscriminate attacks, which have claimed the lives of thousands of Yemenis before the world.

A recent human rights report revealed that the Iranian-backed Houthi militia destroyed more than 27,000 civilian objects in just 3 years, from June 30, 2018 to December 30, 2021, most of which are classified under international humanitarian law. such as war crimes and crimes of international terrorism.

The report, issued by the “Yemeni Network for Rights and Freedoms”, a non-governmental human rights organization, documented that more than 27,541 government and private civilian facilities were subjected to partial and total destruction at the hands of the Houthi militia, in a poster revealing the high cost of the coup war against Yemen’s infrastructure.

According to the report, residential houses topped the list of civilian objects affected by the terrorism of the Houthi militias, as they were directly bombed, taken over as military barracks, assaulted, assaulted and looted.

Of the total Houthi militia violations against civilian objects, there were more than 20,996 residential homes that were fully or partially destroyed, all owned by civilians in various Yemeni governorates, according to the report.

The report suggested several recommendations, including the need to form a committee to determine the extent of the damage and loss of civilian property, especially “private property,” at the hands of the Iranian-backed Houthi destruction machine.

He also called on the international community and United Nations bodies to open an urgent and transparent investigation into the crimes of attacks against civilian objects and bring the perpetrators to justice.

Article 147 of the Fourth Geneva Convention of 1949 prohibits attacking and destroying civilian objects, as well as article 25 of the Hague Regulations on the Laws and Customs of War on Land of 1907, which criminalizes the attack or bombardment of cities, towns, homes and buildings unprotected by any means. 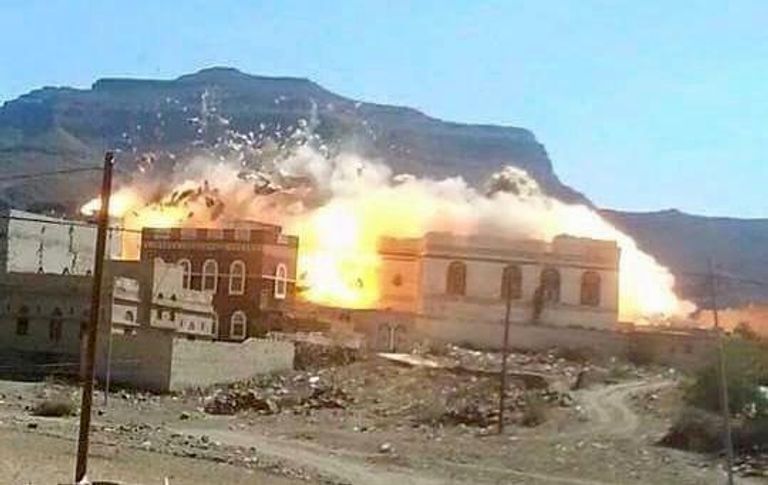 According to the Secretary General of the Yemeni Legal Center, the lawyer Mukhtar Al-Wafi, article 25 of Additional Protocol I attached to the Geneva Conventions on Armed Conflict defines civilian objects as “all objects that do not actively participate in military actions , including homes, schools, stadiums, hospitals, cultural assets and others.”

The Yemeni legal expert explained to Al-Ain Al-Akhbar that everything necessary for the life of civilians is classified as civilian property. International humanitarian law is based on principles, the most important of which is the need to distinguish between military and civilian objects.

It is also “based on the principle of necessity and proportionality and on the adoption of precautionary measures to avoid harm to the civilian population and on the need to give prior notice.” According to the jurist, the Houthi militias and their indiscriminate attacks violate the laws of war and endanger civilians, and the goods have lost the legal protection guaranteed in international humanitarian law.

Throughout the 8 years of the coup, the Houthis invaded Yemen far and wide, and their terrorist attacks have recently increased dangerously due to Iran’s continued supply of weapons to threaten world interests, while civilian property remained under bombardment. indiscriminate, putting millions at risk of death.

- Advertisement -
Share
Facebook
Twitter
Pinterest
WhatsApp
Previous articleWe announce the dates of the remaining matches of the second round of the ADNOC Pro League
Next articleInjection of money for the digitization of the authorities: the opposition criticizes the cuts