Al-Houthi and the Saudi attacks. Escape forward from the “revolution of the walls” 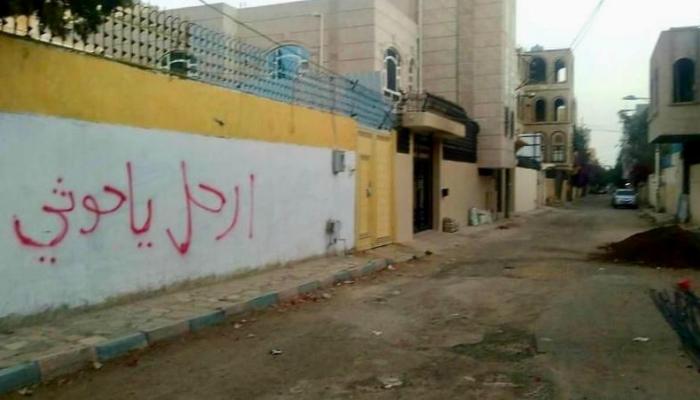 The Houthi militia has resorted to terror attacks in Saudi Arabia in an effort to divert attention from the quiet popular uprising in Yemen.

The Iranian-backed Houthi militia tried, through a series of missile and drone attacks on Saudi Arabia, to flee forward and create media hype to obscure their helplessness and failure in the face of popular anger and backlash against the live crises. in the areas it controls.

On Sunday, the Arab coalition announced the interception of a series of attacks carried out by the Houthi militia with Iranian cruise missiles and some 9 drones launched against Saudi civilian facilities, including the Aramco oil facility in Jizan.

Domestically, these terror attacks coincided with an unprecedented state of panic and alertness experienced by the Houthi revolutionaries, following the growth of the so-called “walls revolution” against them in major cities in the north and west, which the militias openly revealed. . through their leaders for the first time.

Governorates in northern Yemen are witnessing a state of intense tension and resentment that has come to light over the corruption, repression, criminal practices and hunger of the Houthi militias against the population. There have been calls for a popular movement and revolution to uproot the militias from within.

The Houthi militia was surprised by graffiti in Sanaa and other governorates calling for their departure and slogans attacking Iran and its role in Yemen, as well as a boiling state in queues waiting to refuel in the face of the suffocating crisis in the areas controlled. for the blow.

The Houthi militia confiscates fuel shipments destined for the local market, to activate the black market controlled by the Houthi leaders, while a small percentage goes to the official market, with many queues of vehicles competing for it in Sanaa and the rest of the cities. governorates.

The spark of internal rebellion

In conjunction with the massive Houthi attacks on Saudi Arabia, Sanaa witnessed meetings of Houthi security, intelligence and military leaders, and communication and coordination with neighborhood monitors and social figures in the tribal areas with the aim of containing the that the militias considered a “conspiracy from within”.

A local source in the capital Sana’a told “Al-Ain Al-Akhbar” that the Houthi militia formed a kind of operations room with residential neighborhood supervisors and neighborhood representatives to monitor and report any movement of citizens. and imposed security measures. protection in the accesses to the neighbourhoods, including the installation of checkpoints.

The source, who preferred to remain anonymous, added that Houthi military and security leaders have paid visits to residential neighborhoods in Sanaa and promised to provide gasoline and control the movement of commodity prices in an attempt by the militias to reassure the the population. and win them over to your side.

The source confirmed that this is the first time since the beginning of the Houthi coup that the Houthi leaders visit the neighborhoods and address the citizens with the calm and uncharacteristic sympathy of the militia leaders in their conversations with the people during the last 8 years.

He noted that the militias spoke of a plan to blow up the situation from within and demanded that the people not submit to any calls for chaos, according to the militia leaders, confirming the state of terror experienced by the Houthi leaders in Sanaa. of growing popular resentment against the militias and the situation beyond their control.

This comes after the head of the Houthi militia Governing Council, Mahdi Al-Mashat, appeared in a confused manner, spreading his threats around the world, threatening Britain and the United States, and speaking in vulgar language that revealed his psychological crisis. when addressing the members of the so-called Political Council of the Coup.

Al-Mashat acknowledged what he called the “forward war front to secure the home front,” in an explicit reference to the great fears and terror experienced by the Houthi militia of internal revolution in the context of the famine and crises it creates. in its territory. control areas, and the price for this is paid by the population.

The Houthi leader also acknowledged that fears are not limited to Sanaa, but extend to all governorates, and that security and stability in militia areas are threatened unless they are brought under control.

The Houthi militia is trying to export the internal crisis it is experiencing for fear of a popular uprising, or the beginning of a revolutionary consciousness against its coup regime, manufacturing a new escalation against the Kingdom of Saudi Arabia under the false justification of responding to those who caused the fuel crisis.

According to Yemeni activist and journalist Ahmed Al-Nazari, the Houthi militia is adopting the policy of fleeing as a tactic to deal with many files, including fabricating fake opponents for self-created crises.

According to Al-Naziri, the Houthi militia is adopting a policy of flight to repudiate its responsibility in these crises and justify any subsequent repressive measures, and this is what happened with the announcement of the unrecognized Interior Ministry of the coup and its intelligence. , foiling a plot to detonate car bombs and presenting evidence that cannot be constructed because it is fabricated and illogical. .

The Yemeni activist explained to “Al-Ain News” that the militias fear the effects of the global crisis over the Russian-Ukrainian war, as the prices of raw materials have jumped to unprecedented levels at a time when state employees and the majority of the population is living in a difficult economic situation after the militias plundered the income of state institutions and cut salaries for 6 months.

He pointed out that the militias raise broad slogans about their attacks with ballistic missiles and drones, affirming that these attacks are aimed at mitigating the impact of the economic crisis in their areas of control, under the argument that the coalition is creating the crisis, while the Residents of northern Yemen know that the Houthi leaders are behind the crisis, looting salaries and stealing food from the hungry, no matter how many false slogans are raised.