Al-Hajraf: Yemeni consultations are an opportunity to end the conflict 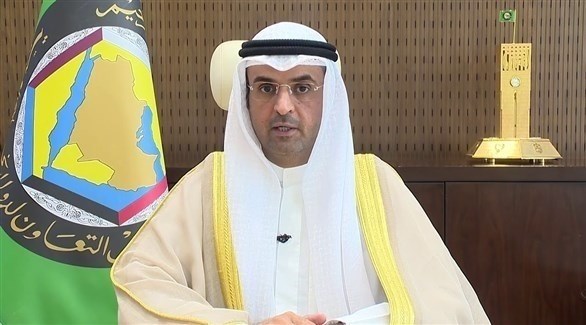 The Secretary-General of the Gulf Cooperation Council, Dr. Nayef Falah Mubarak Al-Hajraf, stated on Sunday that the Yemen-Yemen consultations under the auspices of the Council, to be hosted by the General Secretariat in Riyadh, are an opportunity to put end the conflict, achieve peace and stability in Yemen and direct efforts towards development.

Al-Hajraf added: “The consultations represent a Yemeni platform for the entire Yemeni people to end the conflict between the Yemeni brothers, bring Yemen to a safe place and meet the aspirations of the Yemeni people.”

“SPA” said that “during the meeting, the Gulf Cooperation Council’s call for consultations between Yemen and Yemen was highlighted, as part of the ongoing efforts of the GCC states aimed at ending the crisis in Yemen and bringing it to a stage of peace and nationality”. agreement, which satisfies the aspirations and desires of the Yemenis, in addition to restoring stability and guaranteeing conditions of peace”. A dignified life for the Yemeni people.

During the meeting, the Secretary General for Cooperation explained that “the objective of the consultations is to urge all Yemeni parties, without exception, to accept a comprehensive ceasefire and to initiate peace consultations under the auspices of the United Nations with the support of the Gulf, to strengthen state institutions, enable them to fulfill their constitutional duties on Yemeni soil and restore security and peace” and stability in Yemen, affirming the position of the Cooperation Council on the crisis and the continued support of the GCC states in all fields, in addition to establishing sustainable Yemeni-Yemeni consultation mechanisms of all political and civil components to unify the home front, achieve the desired peace and the return of security and stability to Yemen in accordance with the One Woman vision Yemeni who puts the interests of Yemen and its people as top priority and above all else.

The Gulf Cooperation Council had announced the holding of consultations for the Yemeni parties on March 29, in Riyadh, with the aim of achieving a ceasefire.

- Advertisement -
Share
Facebook
Twitter
Pinterest
WhatsApp
Previous articleRed Sox stunned, excited by Trevor Story’s $140 million signing: ‘You want him on your team’
Next article🎓 What are the next targets for Bitcoin… a new high or a drop to $37,000?