Al-Burhan is in Riyadh on Wednesday to discuss Red Sea security and the Sudan crisis. 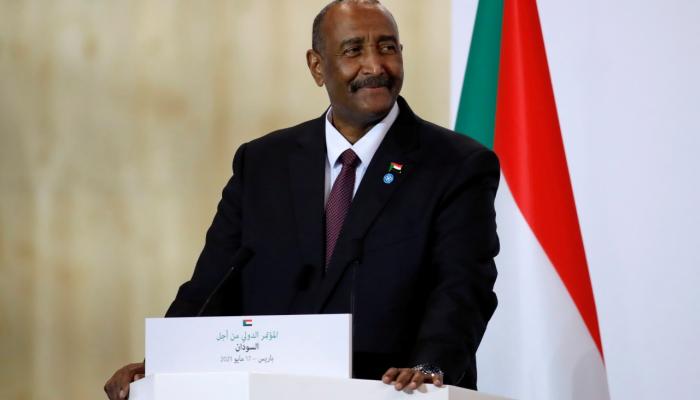 An informed source from the Sudanese embassy in Riyadh said that the head of the Sovereign Transitional Council of Sudan, Lieutenant General Abdel Fattah Al-Burhan, will arrive in Riyadh on Wednesday, on an official visit to the Kingdom that will last one day. .

The source, who asked not to be named, added in a statement to the German news agency that Al-Burhan will meet Saudi Crown Prince Mohammed bin Salman “to discuss many bilateral issues, the security of the Red Sea and prospects for resolution.” “. the political crisis between the Sudanese parties”.

Al-Burhan is accompanied on the visit by an official delegation that includes the ministers of Foreign Affairs, Ali Al-Sadiq, and Finance, Jibril Ibrahim, as well as the Director of the General Intelligence Service, Ahmed Ibrahim.

The visit comes in light of a crisis in Sudan since last October.

The source expected the Saudi side to emphasize the “importance of dialogue and understanding between partners in the transition period to overcome the challenges facing the political process, leading to a national consensus that leads the country to stability and unity.” and directs efforts toward construction and development.”

The source explained that Al-Burhan will inform the Saudi crown prince of his support “for a dialogue between the Sudanese parties leading to the formation of a civilian-led government and the holding of elections at the end of the transition period.”

The source did not rule out that Al-Burhan asked Prince Mohammed to “increase Saudi financial support to the Sudanese economy, by establishing joint investment projects, especially in the agricultural and livestock fields.”

Sudan has witnessed protests since last October, rejecting the exceptional measures adopted by Al-Burhan, the head of the army, including the imposition of a state of emergency and the dissolution of the Sovereignty Councils and the Transitional Ministers.

Prior to the Al-Burhan procedures, Sudan had been going through a transition period since August 21, 2019, which was scheduled to last 53 months, ending with the holding of elections in early 2024, during which power is shared by the army, civil forces and armed movements. who signed a peace agreement with the government in 2020.