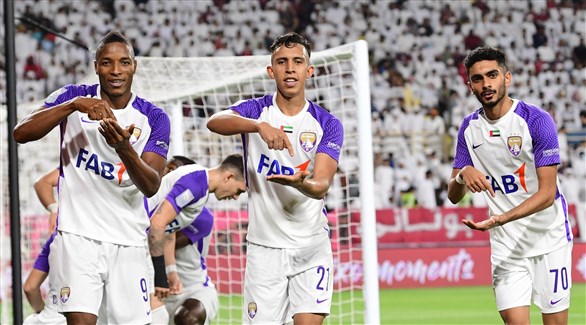 The UAE Pro League announced the names of the winners of the Monthly Best Awards for the month of February, at the ADNOC Professional League, sponsored by Etisalat, which saw the nominees from Al Ain win the awards, where Al Ain’s coach, Ukrainian Sergey Rebrov. the Best Coach award, and the Al Ain Best Player award. The player, the Moroccan Sofiane Rahimi, and the Al Ain goalkeeper, Khaled Issa, with the Best Goalkeeper award.

The Moroccan Rahimi surpassed the Argentine Guanca, his partner in the same team, who came second, since the competition was more fierce among the players, and also surpassed the unit duo; the Syrian Omar Khirbin, who ranks second in the ranking of the league’s top scorers, and the Portuguese Adrian Silva, as well as Federico Cartabia, a Shabab Al Ahly player.

Rahimi contributed to the superiority and leadership of Al-Ain, with his technical effort during the month of February. In total, Sofiane scored 8 goals for “Al-Zaeem” in all competitions, and scored 7 goals, and is considered a of the most important keys to play in your team’s squad.

While the voting process has seen a huge turnout from the public to pick the winners, through the website and app via smartphones, over the last 48 hours.