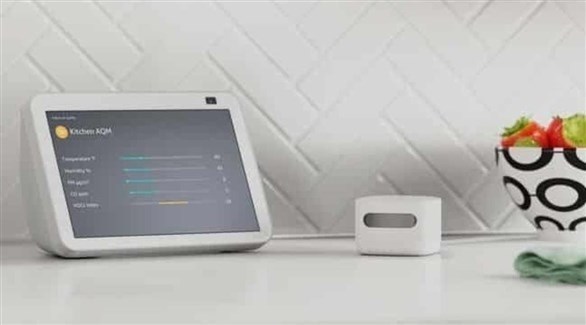 A resurgence of interest in office air quality two years after the pandemic has led to high demand from companies showing real estate players’ indoor carbon dioxide monitoring devices at the MIPIM forum.

In the pavilion of the “Leapcraft” company at the MIPIM Forum, which is being held in Cannes (south of France), a strange bird-shaped model appears, in fact, a device that detects carbon dioxide, since it sings by registering certain percentages of this gas in the air, indicating that it is necessary to ventilate the room or that people leave it to breathe fresh air.

The company offers various shapes of devices, the cutest of which is the bird-shaped device, which is intended for large institutions and schools. As for the office device, it is similar to Internet devices and is installed on the wall or ceiling, and when connected to the Internet, it can monitor other data.

Sales of “Leapcraft” have tripled since the end of 2020, unable to meet the full volume of demand, which its president Vinay Venkatraman attributes to a global shortage of semiconductors.

This virus that causes corona is mainly transmitted through aerosols, which are very light particles that accumulate and remain in the air in poorly ventilated rooms.

Measuring the amounts of carbon dioxide in the air is a means of assessing the regeneration of indoor air and thus the risk of infection.
“Normal people talk about ventilation, which is one of the most fundamental changes that the pandemic brought,” says Venkatraman, adding that “the issue of ventilation was being addressed by people who suffer from respiratory problems or types of allergies.”

The companies that spoke to AFP say that the demand for air quality devices often comes after pressure from employees.

“The company receives (requests) from some countries, mainly from France, the Netherlands and Belgium,” said Akash Ravi, founder of the Dutch company Spaceti, which specializes in collecting and using data from office buildings.

He considers these devices “important because the amounts of carbon dioxide are not completely controlled by these customers,” noting that “employees are actually behind this demand.”

The founder of the British company “Infogrid” which also specializes in the use of construction data, William Cole de Grocci, confirms that “everyone is concerned about health problems in their buildings, much more than the interest that prevailed before the pandemic, which undoubtedly represents an important change”.

Among the different types of devices offered by the company, air quality control devices are the most important.

Before the pandemic, these devices were the third most in-demand product after devices to detect Legionnaires’ disease, a disease often caused by poorly adjusted air conditioning or defective ventilation ducts.

The company “Infogrid” provides its customers with the ability to match carbon dioxide levels with humidity and temperature levels to obtain a more accurate estimate of the risk of viral infection.

De Grucci believes that “the pandemic was an awakening and started to become a standard for companies around the world”, adding: “Companies no longer want to go back and neglect air quality.”