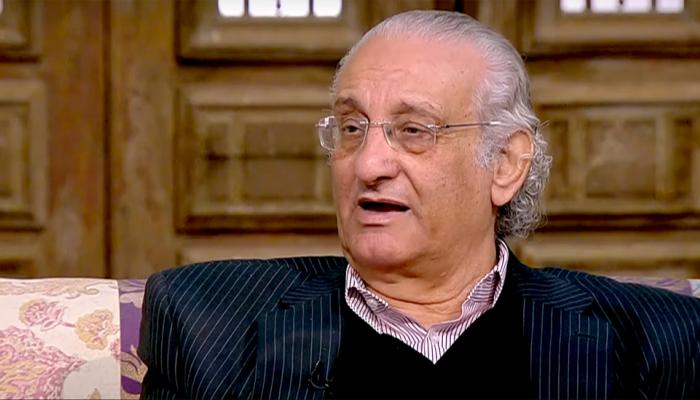 The rumor of the death of the Egyptian artist Ahmed Halawa aroused the sympathy of many of his fans, and the interest in following the evolution of his state of health.

The poet Heba Halawa, daughter of the artist Ahmed Halawa, revealed to the Egyptian media the latest news about her father’s health, denying the rumors about his death.

Ahmed Halawa’s daughter said that her father’s health condition is “very dangerous” and that he has gone into a coma, saying: “Oh Lord, the people who write every little bit that he died are resting, and my father is very tired, pray for him.”

For his part, the artist Ashraf Zaki, captain of the acting professions in Egypt, denied the validity of what was reported about the death of the artist Ahmed Halawa, as a result of his infection with the Corona virus “Covid-19”.

He confirmed that the skilled artist Ahmed Halawa is still in a coma as his health deteriorated after he was infected with the Corona virus and remained in hospital under care.

It should be noted that Ahmed Halawa started out in the theater, where he presented more than 200 works of art, perhaps the most famous of which are the series “Raafat El-Hagan”, “Tears in Rude Eyes”, “Ahl Cairo” and “La choice 2”.

Among his most outstanding works are also “The Most Dangerous Man”, “Qamar fi Sikkat Safar”, “Faisal’s Apartment”, “The Torment of a Woman”, “The Safety of Dawlat”, “The Spiritual Father”, “The widow of a living man.” “, and Afrah Iblis”, and “Ahmed Notre Dame”,

And the latest work of the Egyptian artist, the film “Ahmed Notre Dame” accompanied by Ramiz Jalal last year, and the story “90 days” from the series “Wara Every Door”, which was shown during the last period, and achieved great achievements. success, and starring Nidal Al-Shafei and Mimi Jamal.