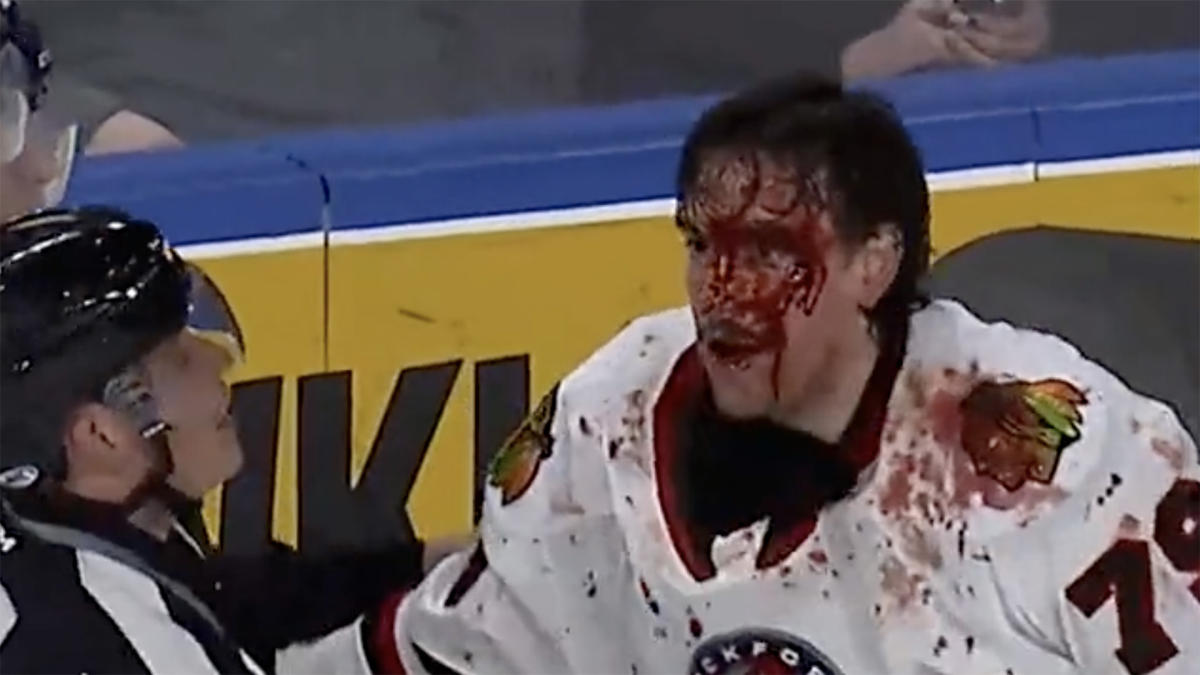 An AHL game on Friday night gave us a glimpse into hockey’s glorified, bloody days of the 1970s.

In a matchup between the Rockford IceHogs and the Milwaukee Admirals, wingers Kurtis Gabriel and Mathieu Olivier got tangled up behind the play. As the two came to blows, throwing full, wide hooks into each other’s faces without any effort to block, Olivier finally hit Gabriel hard enough that blood began to spill all over the ice.

Even the most anti-fight hockey fan can accept the fact that the image of Gabriel fighting with a visor covered in blood is extremely cool. And then, as soon as he loses his helmet, the Ric Flair-esque crimson mask is revealed along with some blood on his Rockford jersey.

It’s something that makes old-school fans perk with memories of the Broad Street Bullies, and even new fans gasp at the rarity of something like this in modern gaming.

However, Gabriel’s IceHogs had the last laugh as they won 4-3 in the shootout over Olivier’s Admirals.

As someone who has toured the NHL and the minors for the past several years, this could be Gabriel’s most significant moment on the ice. The 28-year-old signed with his hometown Toronto Maple Leafs last summer, but was soon traded to the Chicago Blackhawks organization and has been at Rockford ever since. He has one assist in 19 games with the IceHogs this season.

The fighters will need stitches in the days to come, or just a little ice on the knuckles in Olivier’s case, but this fight will remain one of the most dramatic fights we’ve seen in a long time.