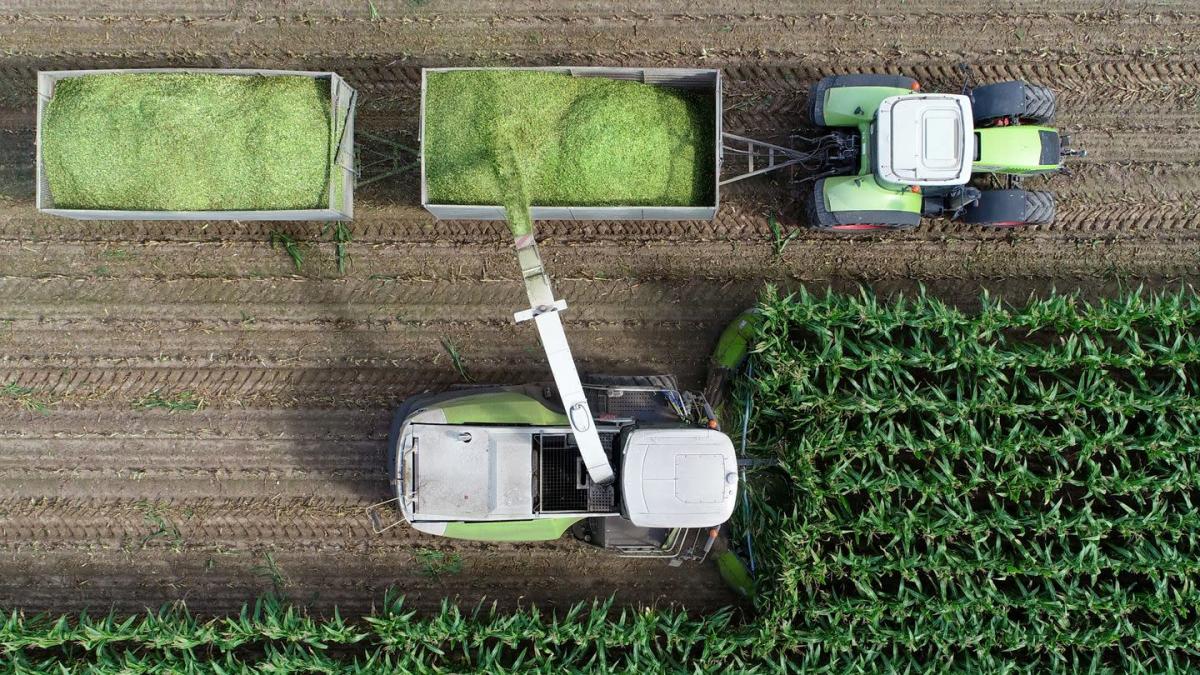 Berlin (dpa) – The war in Ukraine is increasingly affecting world agricultural markets. Price jumps and the threat of failures in cereal exports are putting food security in some regions of the world in the spotlight.

To mitigate the additional costs of animal feed, German farmers should be able to use additional areas. At the same time, Federal Agriculture Minister Cem Özdemir continues to focus on further climate protection, among other things: “We cannot afford to ignore other crises that are already causing famine in the world today.”

As a first support for German farmers, certain “priority ecological areas” will be freed up for fodder production this year, the ministry announced on Friday. Normally grass and other plants have to be plowed to improve the soil and are not allowed to be used. In total, it is a good million hectares. Programs for more locally produced animal feed and for more renewable energy in agriculture will also be funded.

EU funding will be put to the test

The war brings “the vulnerable areas of our agricultural system before our eyes,” says Özdemir. Now it’s about quick relief and making agriculture less crisis-prone in general. The climatic catastrophe and the extinction of species are problems that must be solved. “Everything we postpone today will be avenged twice and triple tomorrow,” said the green politician. If food security is a concern, protect the resources that agriculture needs to produce well and in sufficient quantity.

The crisis has also sparked a debate about the direction of agriculture. The leader of the FDP parliamentary group, Carina Konrad, demanded: “The aspect of food security must now return to the center of agricultural policy.” Among other things, it would be necessary to test the planned regulations of the new agricultural financing of the EU, with what surface would stop producing. The consumer organization Foodwatch called for a reduction in animal populations. A large part of the German agricultural area does not produce food for man, but fodder for fattening animals.

It is also getting more and more expensive in German supermarkets

Özdemir confirmed: “The food supply in Germany is guaranteed. Anyone who claims otherwise is going against the facts and is politically irresponsible.” However, looking at other regions of the world, concerns about food security are growing. If there are major cuts in exports and prices rise, Millions of people are at risk of malnutrition, as the Food and Agriculture Organization made clear, with the Asia-Pacific region, sub-Saharan countries, the Middle East and North Africa particularly affected. countries depend on wheat from Ukraine or Russia.

In this context, the seven main industrial nations (G7) are committed to more open agricultural markets. It is important not to hamper them with export restrictions, Özdemir said after a video conference with his counterparts during the German G7 presidency. In addition, aid organizations must be supported so that they can continue to buy and distribute cereals.

Food is also likely to become more expensive in Germany. “We assume that this war will push prices even higher,” Farmers president Joachim Rukwied of “Augsburger Allgemeine” said. The first bottlenecks are occurring with fertilizers. Prices are very high and will probably continue to rise. The background is that natural gas is required for the production of nitrogen fertilizer. Özdemir made it clear that the federal government is monitoring developments. However, he did not comment on possible additional relief for consumers. The priority is the suffering of the people of Ukraine and the fight against hunger in the world.