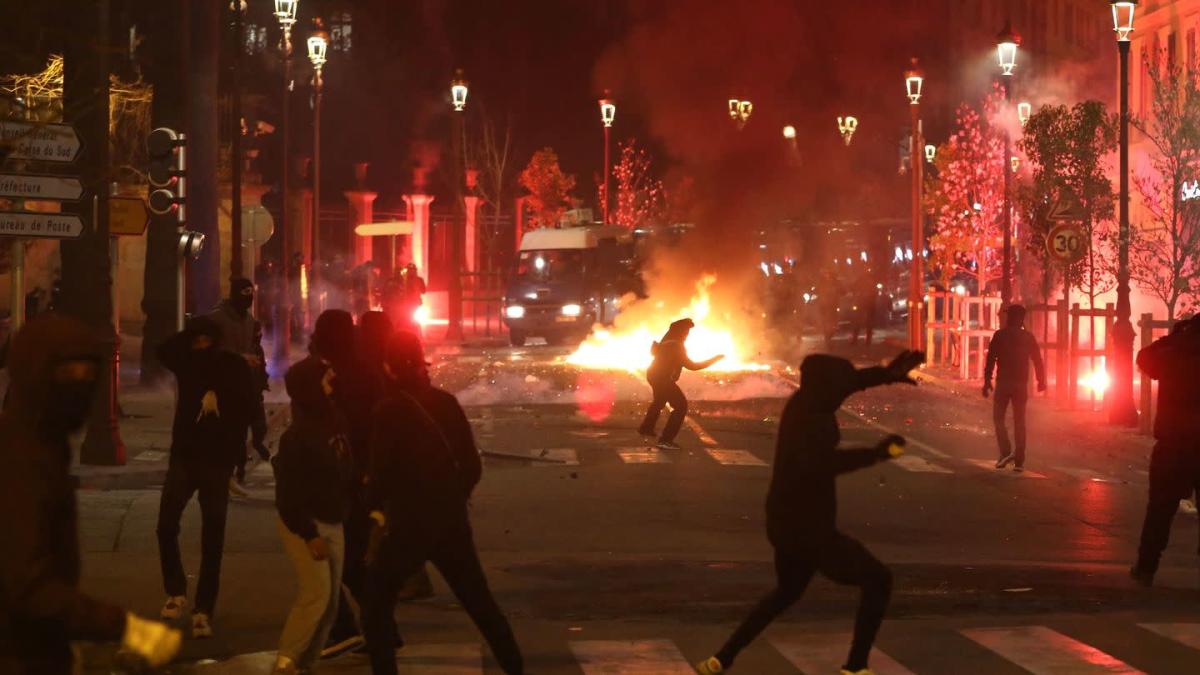 Bastia (dpa) – On the French Mediterranean island of Corsica, riots broke out again on the sidelines of a nationalist demonstration.

Protesters threw Molotov cocktails and partially set an administrative building on fire, local authorities said on Sunday night. The fire department extinguished the flames. The videos also showed attacks on the prefecture building in Bastia. The prefecture spoke of “extreme violence” and attacks on security forces. He advised residents of the city center not to leave their homes.

According to preliminary official information, 24 emergency services, 13 demonstrators and 1 passerby were injured. The media reported that the police used tear gas. According to the prefecture, around 7,000 people took part in the protest in the northern Corsican city. For security reasons, the streets were closed before the start. The prefecture had banned certain fireworks.

There have already been violent disturbances at demonstrations on the island several times over the past week. They were triggered by the attack on nationalist Yvan Colonna, who was convicted of murdering the then prefect in 1998. A fellow prisoner attacked Colonna in Arles prison a week and a half ago. Colonna is now in a coma.

The protesters accuse France of complicity in the attack on Colonna. They are upset that this has not been transferred to Corsica. Experts see the reason for the violent protests in the fact that nationalist demands have not been met in recent years and that there is no real dialogue with the government in Paris.

The relationship between Corsica and the Paris government has been difficult for a long time. For decades, Corsican separatists fought for greater independence, often with violence. The FLNC underground organization laid down its arms in 2014. Around the same time, moderate nationalists gained political prominence. They now have a majority in the regional parliament and demand autonomy.