Aftermath of the earthquake of interest.. Egyptians abandon the dollar in favor of the pound 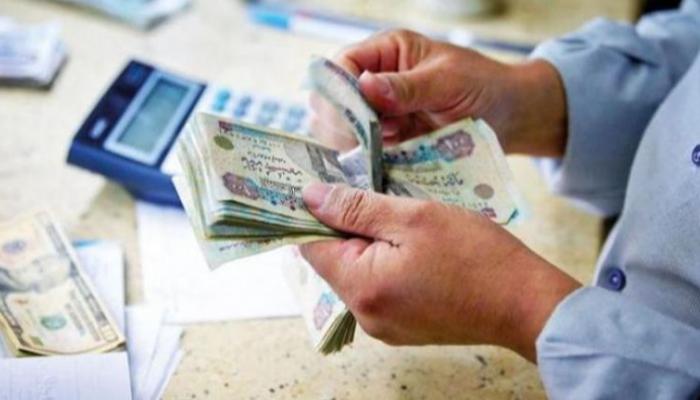 The Cairo Chamber’s Foreign Exchange Division said there has been a record increase in revenue from the forgiveness of dollars and foreign currencies in recent days.

This renunciation of the dollar came after the Central Bank’s decisions to raise interest rates, and the Al-Ahly and Egypt banks offered savings certificates with a return of 18%, in addition to allowing the depreciation of the currency.

Abandonment of the dollar doubled 300%

Ali Al-Hariri, secretary general of the Cairo House Foreign Exchange Division, said dollar waiver rates had doubled by more than 300% over the past few days and following the Central Bank’s decisions, according to the country official. agency.

He added that the largest proportion of these concessions came from Egyptians, noting that the concessions became large in size and amount, unlike the situation before the decisions of the Central Bank, which doubled the income from these concessions, which are supplied directly to the banks.

He explained that there are large segments of clients who tied their money as deposits to the dollar, and in recent days they released those deposits and bought the pound, with the aim of quickly benefiting from the 18% certificates offered by the National Bank and Egypt.

Elimination of the black market.

For his part, Mohamed Fathi, an expert in currency exchange, said that the recent decisions of the Central Bank managed to once again eliminate the black market for the dollar, which had begun to appear in the period prior to those decisions.

He added that the Central Bank managed to make quick decisions that led to the disappearance of the black market, and pointed out that in recent days there has been a great demand for the sale of dollars and other currencies with the drop in purchases by citizens, which had also started to appear before the decisions of the Central Bank were made.

Fathi noted that demand is currently limited to only a small percentage by traders and importers, who want to provide foreign exchange for their imports, but for Egyptians and Arabs, supply has more than doubled in the last three days.

Fathi expected the pound’s performance to improve further in the coming period, especially should the Russo-Ukrainian crisis subside, noting that rising global commodity prices and the impact of foreign exchange gains of Egypt due to global conditions, affected the foreign exchange market

And last Monday, the price of the dollar in Egypt soared, in the transactions of the Central Bank and government and private banks, after the Egyptian government devalued the Egyptian pound in conjunction with the increase in interest rates.

Prices in Egyptian banks saw a big jump last Monday, with the buying price of the dollar hovering between 18.15 and 18.17 pounds, while selling prices ranged between 18.25 and 18.27 pounds per dollar. , after it was trading at 15.65 pounds for sale and 15.75 pounds in the dollar. one day before.

The price of the dollar in Egypt today

During today’s trading, the dollar registered 18.32 pounds for sale and 18.42 for purchase, according to the website of the Central Bank of Egypt.

At this price, the dollar has fallen from its peak, following the recent devaluation of the pound by about 13 piasters.

Last Wednesday, the price of the dollar in Egypt with the Central Bank registered about 18.45 pounds for purchase, and 18.54 pounds for sale.