After the talent of Lyon, Yasser Laroussi surprises the Algerian team 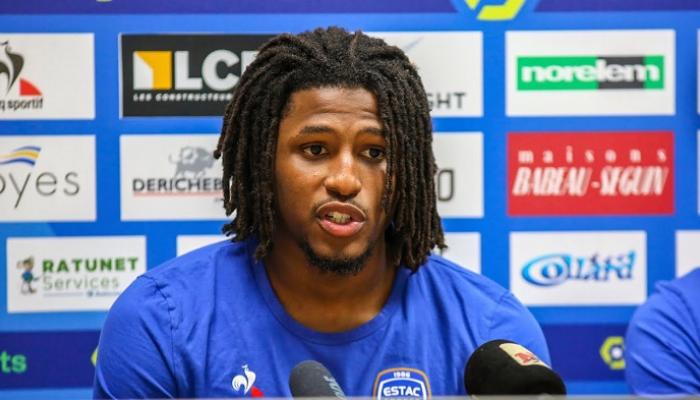 Yasser Laaroussi, the French player for Troyes, gave another scare to the Algerian national team, which is seeking his services internationally in the coming period.

The Algerian national team will play two decisive matches against Cameroon on March 25 and 29 in the last day of the African qualifiers for the World Cup.

Although 21-year-old Laaroussi drew attention for his appearance for Troyes in 6 games this season, the young left-back found himself out of Djamel Belmadi’s accounts, despite the Algerian Federation’s contact with the player during the last period to be able to wear the Sahara Warriors T-Shirt in the next dates.

It seems that the French Football Federation took advantage and, this Tuesday, summoned Yasser Laroussi to the youth team for the first time, to compensate for the absence of left-back ‘Quentin Marlene’ from Nantes, who was injured with his team. , in a preparation that can take him to the first rooster team in the future.

Yasser Laroussi signed for Troyes at the beginning of this season, from Liverpool, on a free transfer basis.

Laaroussi became the second Algerian talent to miss out on the desert foxes’ camp, to join the rooster battalion in recent days, after Olympique Lyonnais player Amine Gouiri, who joined the French team a few years ago. days.

Despite this, Laaroussi can still wear the Algeria national team shirt, as long as he does not represent the French national team at an official level.

Yasser Laroussi was recently lauded by the French media, as L’Equipe described him as “the dynamite of the left forward”, and the well-known French newspaper placed him in the perfect formation for the final day of the French League after his brilliance. in the Nantes match.

France prepares to face the Faroe Islands on Thursday in the European Junior Championship qualifiers.