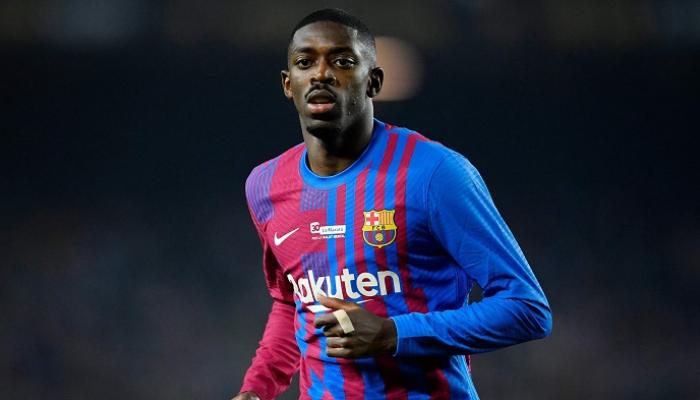 Barcelona is in danger of receiving a new slap in the summer transfer market, with its French striker, Ousmane Dembele, who has been shining lately with the team.

The Catalan club had previously announced last January that the French striker had been frozen and put up for sale at the Winter Market, but had not managed to get rid of him at the time, so they were forced to allow him to return to participate with the team.

Dembélé was able to regain his place in Barcelona’s starting eleven recently, which led coach Xavi Hernández to trust him from the start in the Clasico de la Liga against Real Madrid, to see his team win four unanswered.

This caused the departure in the last hours of a member of the club’s board to announce the possibility of returning to the negotiating table with Dembélé’s agent, to try to reach an agreement on the renewal of his contract, which expires next June.

Despite this, “Sky Sports” reported that there was a verbal agreement between Dembélé and the directors of the French club Paris Saint-Germain, according to which the player would be transferred free of charge to the Parisian team.

This comes at a time when the French international has been linked to a number of European clubs, led by the English quartet Newcastle United, Chelsea, Manchester United and Liverpool.

And if Saint-Germain managed to sign Dembele for free, it would be a huge blow to Barca’s efforts to renew the player’s contract.

Saint-Germain used to deal successive blows to the Catalan club in recent years, led by signing Brazilian Neymar da Silva and then Lionel Messi, the former Barcelona duo, as well as denying him a contract with Dutchman Giorgenio Wijnaldum on last summer.