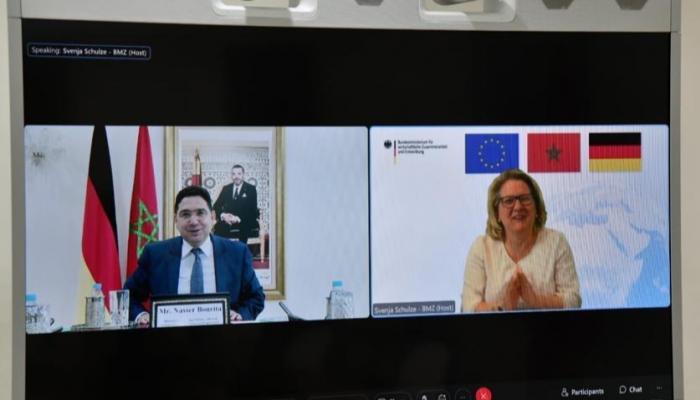 Moroccan-German relations are moving towards greater cooperation on various levels, especially economic and political, after the return of relations between them.

Germany supports the reforms undertaken by Morocco over the last two decades, which have made it possible to achieve tangible political, economic and social progress under the leadership of King Mohammed VI of Morocco.

This came in a joint statement issued after talks that took place on Thursday, via video communication technology, between Moroccan Foreign Minister Nasser Bourita and German Minister for Economic Cooperation and Development, Svenja Schulz.

The statement added that these discussions, which are the first of their kind between the two ministers, highlighted the common interest in working once again to intensify bilateral development cooperation in the spirit of comprehensive partnership and mutual respect.

The same source added that Germany and Morocco are united by long-term development cooperation, characterized by trust in the fields of economic development, employment, sustainable development, climate, renewable energy and water.

The two ministers also praised the great potential of relations between Morocco and Germany, reiterating the common desire to give them an additional boost in terms of challenges and demands for post-Covid-19 recovery.

The two ministers also pointed out the great potential of development cooperation between Morocco and Germany in the framework of cooperation in future fields, such as the development of the green hydrogen economy, reiterating their common interest in intensifying cooperation in this particular field. .

The statement highlighted that, in the coming weeks, an attempt will be made to crystallize a common vision of priorities and adequate possibilities to develop development cooperation in the coming years, with the aim of deepening dialogue and cooperation and contributing to a joint effort to meet the upcoming regional and global challenges. 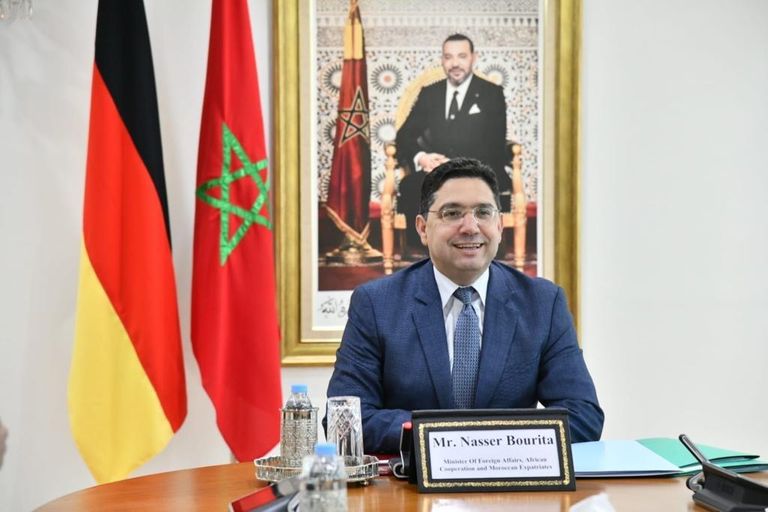 Morocco and Germany had officially announced in a statement, on Wednesday, February 16, 2022, the closure of the page of the dispute between the two countries, the resumption of diplomatic relations and the return of cooperation, after almost a year of crisis. The German minister welcomed the return of the Moroccan ambassador to Berlin, highlighting the forthcoming arrival of the new ambassador of the Federal Republic of Germany in Morocco.

The two countries agreed to start a new dialogue aimed at “overcoming the emergency misunderstanding” as well as deepening multifaceted bilateral relations. The two ministers also agreed on the need to resume cooperation to include all fields and with the participation of all actors, and general lines will be defined aimed at renewing and deepening dialogue and cooperation to face future regional challenges. 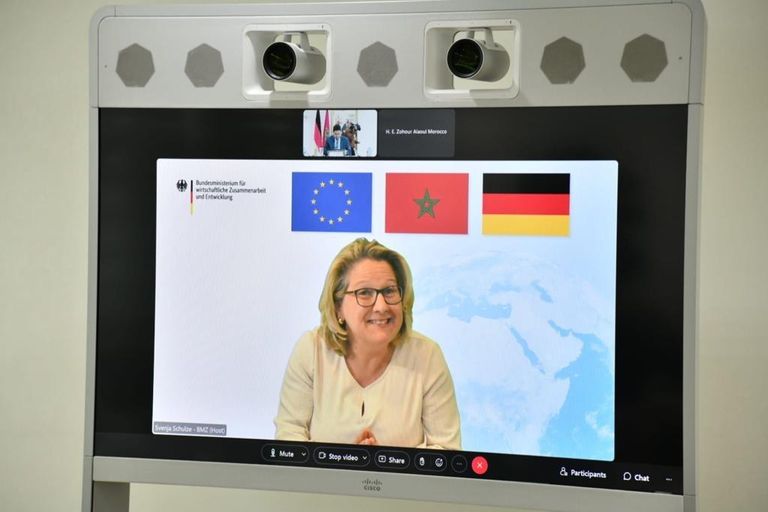 The two ministers also praised, in these conversations, which took place through video communication technology, the great potential of relations between the two countries, highlighting the common interest in advancing these relations, especially in the face of the challenges and demands of recovery for the post-Corona pandemic, and they agreed on the need to resume cooperation to include all areas and the involvement of all actors.

Germany waited until the election of the new foreign minister to show its willingness to sit down with Morocco to overcome the repercussions of the diplomatic crisis that has been going on since last March, praising Moroccan efforts on the Sahara issue and its proposal for autonomy.

On May 6, Morocco summoned its ambassador to Berlin, Zohour Alaoui, for consultations over what it described as Germany’s “negative” position on the Moroccan Sahara issue and “an attempt to exclude Rabat from regional meetings on Libya.” “.

Two months before the ambassador was summoned, Morocco had announced in early March last year that it was breaking off relations with the German embassy in the capital, Rabat, due to “deep differences on crucial issues”.