After the list was announced, learn about the expected line-up of the Egyptian team against Senegal 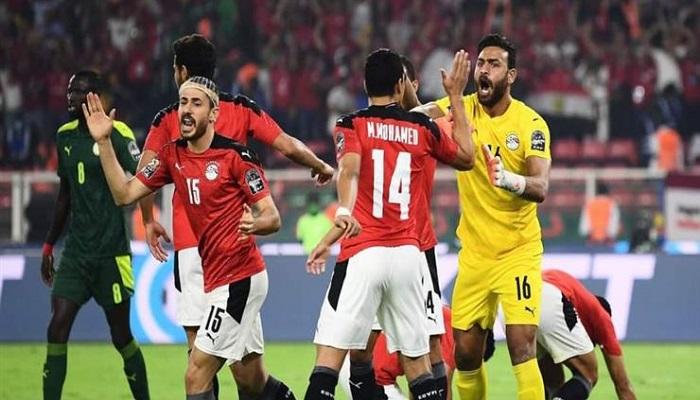 Egypt will face Senegal in two crucial matches, in the final round of 2022 World Cup qualifiers, at the end of March.

The Pharaohs climbed to the top of Group Six in 2022 World Cup Africa Qualifiersat the expense of the trio from Libya, Gabon and Angola.

The Egyptian team came in the second tier in the playoff draw, which was signed against the defending champion of the 2021 Africa Cup of Nations, Senegal, who came in the first tier.

After the announcement of the list of Carlos Queiroz, we know together the expected formation of the Egyptian team to face Senegal in the qualifiers for the 2022 World Cup in Africa.

What is the roster of the Egypt team against Senegal?

How is the formation of the Egyptian team against Senegal?

With his arrival at the leadership seat of the Pharaohs, Carlos Queiroz changed the usual way of playing from 4-2-3-1 to 4-3-3, which he will maintain in the match between Egypt and Senegal.

The Areen is expected to be guarded by Al-Ahly goalkeeper Mohamed El-Shennawy, and facing him will be quadruplets Omar Kamal Abdel-Wahed, Mohamed Abdel-Moneim, Mahmoud Hamdi “Al-Wansh” and Ahmed Fattouh.

The midfield will be formed by the trio of Hamdi Fathi, Mohamed Elneny and Amr Al-Sulayya, and the attack will undoubtedly be led by Mohamed Salah, the Liverpool star, and alongside him will be the duo Mustafa Mohamed and Omar Marmoush.

Mahmoud Hassan ‘Trezeguet’ has been impressive with his recently loaned club Turkish Basaksehir and could be in the Egyptian squad against Senegal in one of the two matches.

Even if he is not present from the start of one of the two matches, he is sure to have a big role as one of the Pharaohs’ important replacements, as he did in the 2021 Africa Cup of Nations, in which Egypt reached the final.

What is the date of the matches between Egypt and Senegal in the qualifiers for the 2022 World Cup?

The date of the match between Egypt and Senegal in the first leg of the play-off round for the qualifiers for the World Cup 2022 is Friday, March 25, 2022 at 9:30 pm Cairo time.