After the elections in Andalusia, Yolanda Díaz reactivated the proposal for a check of 300 euros to soften the blow to inflation 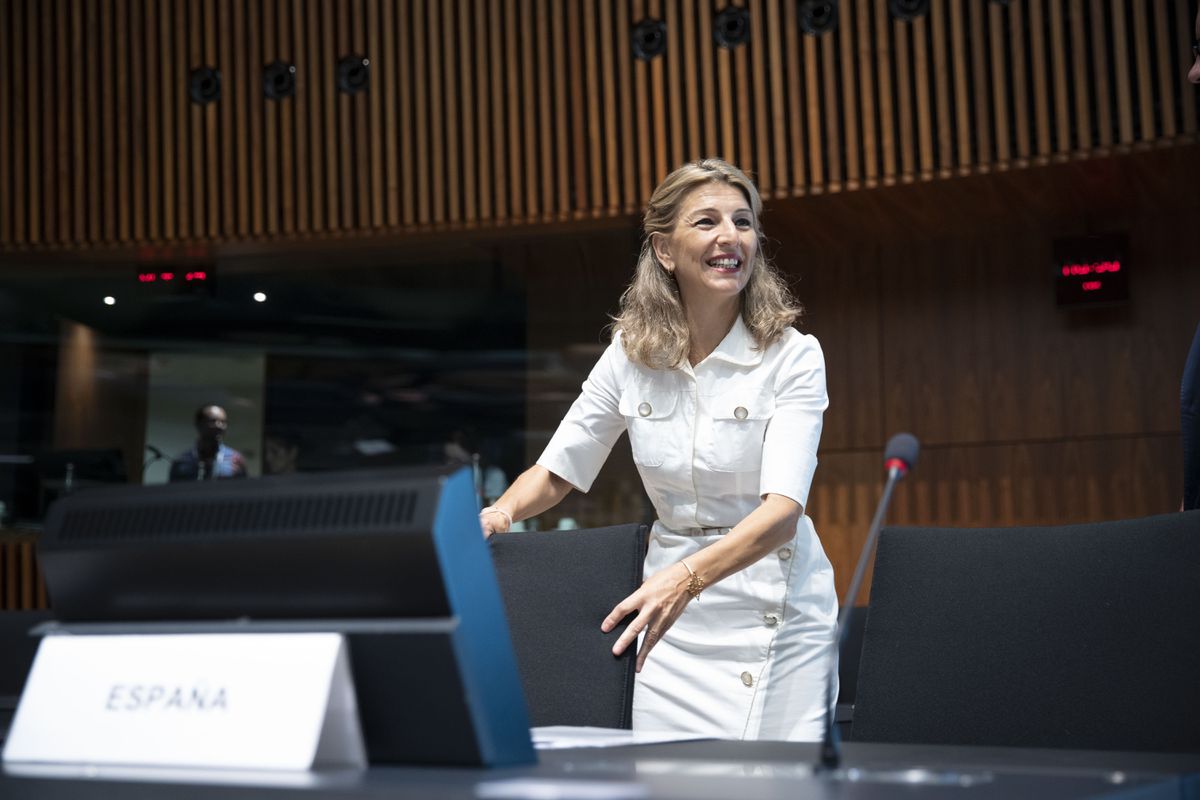 The second vice-president of the government and Minister of Labor, Yolanda Díaz, this Monday again proposed the creation of a check for 300 euros for the people most affected by the rise in prices. “In order to strengthen the protection of citizens, we commit ourselves to a check of 300 euros for the people most affected by the crisis, as issued in France,” he announced on his Twitter account a day after the elections in Andalusia indicated that the PP won with an absolute majority and that the coalition it supported broke up. Díaz has also proposed increasing the corporate tax rate for large energy companies, indicating for the first time that the increase he is proposing would be 10 points. According to sources close to the Vice President, these proposals are being negotiated with the Socialists.

Díaz and United We Can have been pushing after Andalusia’s elections to extend the extraordinary aid authorized in the anti-crisis decree announced in April to mitigate the economic impact of the war in Ukraine and that at the end of this month. “RDL 6/2022 expires on June 30th and we need to renew it for the next three months given the global economic uncertainty. It is important to strengthen the protection of citizens and to promote measures that advance the energy transition,” emphasized the Vice President in a Twitter thread.

Inflation hits families. This is noticeable when making a purchase or when closing an account at the end of the month. The government acted quickly and decisively, but now it’s not enough.

We must strengthen protection against an international crisis.

In this context, he reiterated the need to authorize a surcharge for energy companies, given the extraordinary profits they are making from the rise in the cost of raw materials. A topic that has caused tensions between the two partners in the governing coalition in the past few days. In particular, the second vice president has proposed increasing the corporate tax rate for these companies by 10 points, compared to the 30% they currently pay – only energy companies and banks pay that rate, 25% for the rest – by between 1,500 and 1,500 raise 2,000 million euros.

According to Díaz, this should finance “ecological change and sustainable mobility” with a reduction in the price of public transport. “In view of the increase in fuel prices, reduce the transport subscription by 50%”. “In addition, we propose to set up a mechanism that will allow the bonus to be adjusted to the price of gasoline and non-commercial diesel, depending on the income level of the beneficiaries,” he added on the social network.

“Inflation hits families. This is noticeable when making a purchase or when closing an account at the end of the month. The government acted quickly and decisively, but now it’s not enough. We must strengthen protection against an international crisis,” said Díaz. “Extraordinary measures at an extraordinary time must help us become the society we want. A country that looks to the future and regains hope by making progress every day.”