After the decision on interest rates, will foreign investments return their accounts in Egypt? 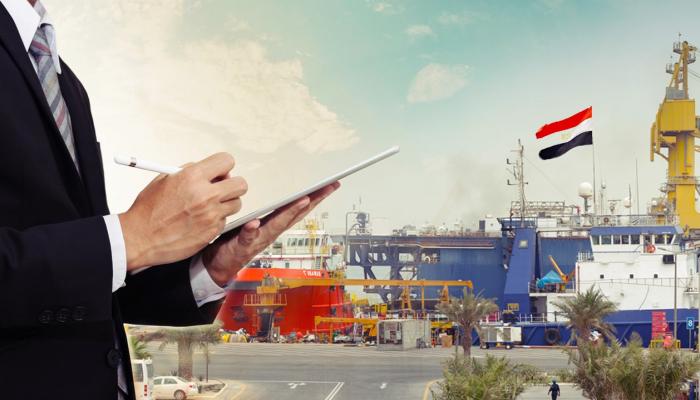 It seems that there are significant positive aspects in the package of measures taken by the Egyptian government with the Central Bank to support the market in an indirect way.

The day the Central Bank announced the interest rate hike, Prime Minister Dr. Mostafa Madbouly held a follow-up meeting on the efforts of the Egyptian Sovereign Fund to attract investment in various economic sectors, in the presence of Dr. Hala Al- Saeed, Minister of Planning and Economic Development, and Mohamed Aba Zeid, Legal Advisor to the Minister of Planning, and Ayman Soliman, Executive Director of the Egyptian Sovereign Fund.

During the meeting, Dr. Hala Al-Saeed announced that the Egyptian Sovereign Wealth Fund succeeded in attracting and directing large foreign investments in partnership with strategic private sector investors to Egypt, with investments estimated at more than US$2 billion. in the first phase, directly and through the Egyptian Stock Exchange. Details of said investments in the coming weeks.

The minister added: “These investment agreements will contribute to promoting the economic development of the country and consolidate Egypt’s position as one of the main investment destinations in the world. With the economic growth that Egypt is experiencing and its commitment to achieving comprehensive sustainable through its long-term vision (Egypt Vision 2030), the implementation of more partnerships and similar investment agreements.

He added that this is part of the state’s efforts to attract and encourage foreign investment in Egypt, and the ongoing efforts of the Egyptian Sovereign Wealth Fund to achieve one of its main objectives of attracting private investment to Egypt in various economic sectors.

As soon as the country devalued its currency by 14% and announced a sudden increase in interest rates, dollar-denominated Egyptian government bonds surged.

Recovery of bonds in dollars

Dollar bonds continued to recover from a sell-off after Russia’s invasion of Ukraine on February 24 prompted foreign investors to withdraw billions of dollars from Egyptian Treasury markets earlier this month.

Tradeweb data showed a government bond due in 2040 rose 1.3 cents to 77.7. The bond dipped below 64 cents on the dollar on March 7 and traded Monday at its highest level since March 1. It ended last year at 84.25 cents.

Analysts considered that an adjustment in the value of the currency is a fundamental step for Cairo to obtain a new support program from the International Monetary Fund.

The pound is witnessing a “correction”

The governor of the Central Bank of Egypt, Tarek Amer, stated during a press conference that the pound witnessed a “correction” reflecting global and local developments.

The move towards devaluation of the local currency was accompanied by a 100 basis point increase in the central bank’s benchmark interest rates, which raised the interest rate on overnight loans to 10.25% and the of overnight deposits at 9.25%.

Analysts warned that large increases in energy and food prices and the possibility of a sharp drop in the number of Russian and Ukrainian tourists this year will increase the pressure on Egypt’s finances this year.

Foreign direct investment flows to global markets have been affected in the last two years as a result of the Corona pandemic, which of course affects the local market.

Although there are no recent statistics on the volume of entries from last year or expectations for the current year; The latest reports issued by the United Nations Organization for Trade and Development (UNCTAD) last October indicate that the first half of last year witnessed a stronger-than-expected recovery in investments globally at an estimated of $852 billion after its significant drop in 2020.

Dr. Mostafa Badra, professor of finance and investment, said in an intervention on one of the local channels yesterday, Monday, that the Egyptian state has provided a multiple package of support to the various economic sectors through the measures taken recently, continuing: “Monetary policy changes preserve the economic reform carried out by the Egyptian state, to keep pace with global markets.

Dr. Mustafa Badra continued: “There are changes in the exchange rate to meet the needs of the market and the movement of imports, and therefore there are greater needs of the dollar to keep up with the global movement abroad and handle its needs. as an importer. and trader, especially after the interest rate rises in the world, and this is what affects the exit of the dollar from the Egyptian market to other markets, so it was necessary to move the state interest rate”.

He pointed to the importance of recent Egyptian economic decisions to increase investment, and this was reflected in the stock market’s recovery today, noting: “The rise in interest rates tempts foreign and local investors, and those who change the dollar to Egyptian pounds to participate in the purchases, then there is a lot of importance in the package of measures that it has taken, the government is with the central bank to support the market indirectly”.