After the Cologne “crime scene”: How often is the last rescue shot fired? 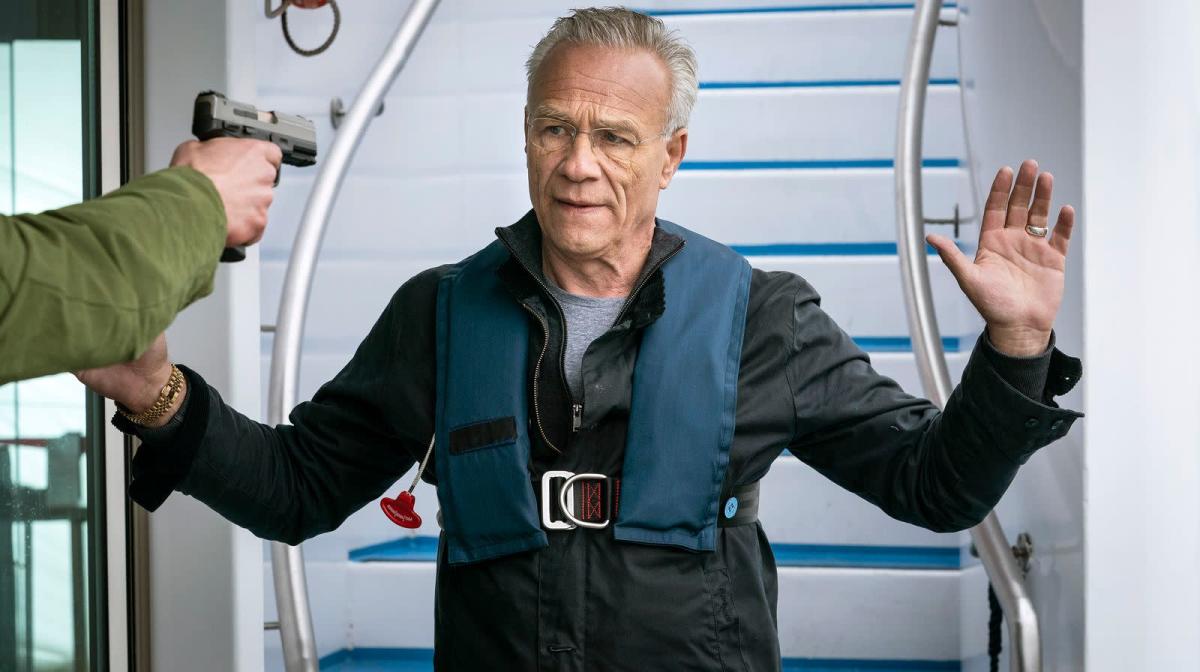 A former teacher who feels he has been unfairly treated threatens to blow up a tour boat in Cologne. The perpetrator is on board with the bomb and a dozen hostages. How realistic is such a case and what could happen?

Due to the relationship with a 14-year-old student, Professor Daniel Huberty (Stephan Kampwirth) was in prison in Cologne’s “Tatort: ​​​​Huberty’s Rache”. Wrongly-in his opinion. Now, the “justice fanatic” would like a number of people whom he blames for the misery of his life to be taken to a pleasure boat that he has hijacked. There will be a debate, or rather a tribunal, which Huberty will record on video for all the world to see. What is the probability of becoming a victim of such a hostage situation? And what would the police do?

What was it about?

Investigators Max Ballauf (Klaus J. Behrendt) and Freddy Schenk (Dietmar Bär) were called to the banks of the Rhine in the early morning. There lay the body of a man. According to his sweatshirt, he was part of a pleasure boat crew and was apparently involved in a fight shortly before his death. When Schenk contacted the captain of the “Agrippina”, which had just sailed down the Rhine, he learned that the steamer, which had been booked for a good dozen passengers, had been hijacked by former professor Daniel Huberty. He threatened the commissioners: “I’m going to blow up the ship if you don’t meet my demands.” One of the “life destroyers” ordered aboard by the hijacker was a real estate tycoon, of whom there are no public photos. Max Ballauf took on the role of him and came on board under a false identity…

What was it really about?

Apparently, the creators wanted to create an exciting hostage-taking thriller with beautiful images of Cologne and draw the psychogram of an angry and polite citizen who was determined to do anything. The experienced author couple Eva and Volker A. Zahn have already written several “crime scenes” for SWR and NDR. The successful duo (Grimme Award 2009 for “You Can Never Be Sure”) have yet to be active in their hometown of Cologne. Therefore, it was clear to both of them that their city had to be filmed here from perhaps the most beautiful perspective, namely from the water. Eva Zahn: “The film is a tribute to the beautiful Cologne, on the other hand, a period drama about the currently widespread feelings of victimization and outrage.”

We often see hostage situations in crime fiction, but in reality they are extremely rare. In Germany there were a total of 30 hostage takings in 2020. Statistics show a strong downward trend in this crime. Looking at the last 30 years, crime statistics show that the most hostage takings took place in 1995 (128 cases) and 1996 (115 cases). Most of them were hostage takings in connection with robberies. Material demands or “safe conduct” are the most common demands made by kidnappers. Relationship actions in the immediate family environment also have an impact. Therefore, a scenario like the one described in the Cologne thriller is extremely unlikely.

How often is the “final rescue shot”?

At the “crime scene” in Cologne, special police forces try to shoot the perpetrator, who is in control of a bomb. Unsuccessfully. The ultimate rescue shot is the lethal use of firearms by the police to avoid third party danger in the sense of emergency aid, if no other means are available. The first final rescue shot in Germany was fired at a Hamburg bank robbery on April 18, 1974. A Colombian killed a policeman and took hostages during a bank robbery. He was shot on purpose as he was leaving the bank. The legal basis for this was drawn up in 1973, as a result of the Munich Olympic assassination attempt in 1972. A corresponding regulation now exists in 13 of the 16 federal states. Only in Mecklenburg-Western Pomerania, Berlin and Schleswig-Holstein there is no such passage in the police laws. In practice, the final rescue shot is very rare. In the ten years from 1988 to 1997, five cases were counted in the Federal Republic of Germany and then in all of Germany.

What’s next for the Cologne “crime scene”?

On October 5, 2022, Klaus J. Behrend and Freddy Schenk will celebrate their 25th anniversary as crime scene inspectors in Cologne. It is currently unclear whether this anniversary will be deliberately celebrated with a special event. The only sure thing is that there will be only one more crime thriller from the team in 2022, probably in the second half of the year: “The Trace of Blood” takes place in the Cologne street scene. A 19-year-old drug addict has been murdered. It quickly turns out that the late Lara Krohn took to the streets because of her addiction. Her best friend, Kim (Greta Bohacek), who is the same age, suspects that Lara was killed by a client. medical examiner dr. Roth (Joe Bausch) is able to secure several traces of foreign DNA on the corpse. Due to the large number of potential perpetrators, inspectors rely heavily on laboratory evaluation of these traces. Featured guest actors in this episode (book: Arne Nolting and Jan Martin Scharf, direction: Tini Tüllmann) are the Austrians Josef Hader and Robert Stadlober.